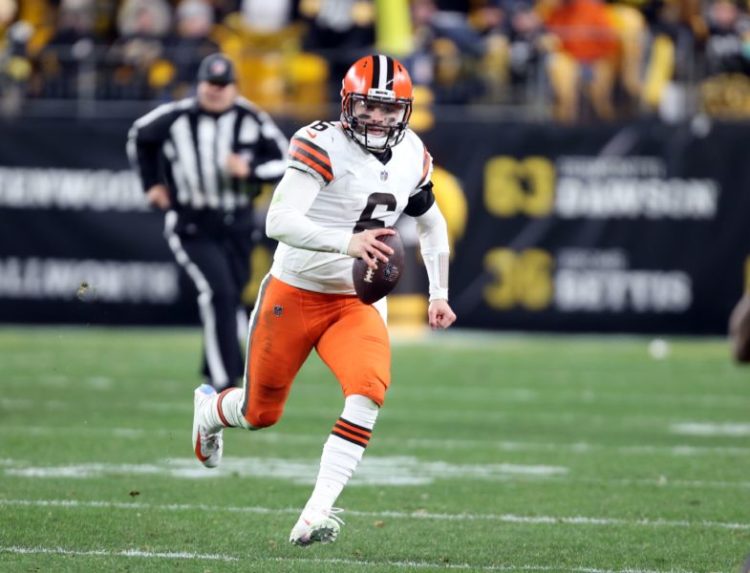 Baker Mayfield is facing a strange situation at the Cleveland Browns. However, the situation is also strange, if not problematic, for the Browns. We have seen that at times various sports teams spend a lot of money to bring in a star player. We have seen this when in football, Cristiano Ronaldo joined Real Madrid from Manchester United. The teams do it to improve their performance.

The Cleveland Browns have recently spent a large sum to rope in Deshaun Watson. However, Watson himself is in a troublesome situation. His playing career is hanging by a thread. Therefore, the Browns’ decision to spend a fortune after Watson at this moment has been criticized by many. When they have Baker Mayfield available on the roster, this decision seemed weird to many. Read the article to know more about this.

Deshaun Watson is facing 24 lawsuits about sexual assault and misconduct, at this moment. Tony Buzbee filed the first 21 of these lawsuits were filed in March 2021. These lawsuits were related to separate incidents that involved accusations from many massage therapists. All these lawsuits accuse Watson of sexual misconduct. The accusations against him range from inappropriate touching to forced oral sex. However, on 13th April 2021, reports claimed that one of the initial 22 lawsuits has been dropped. But on 14th April Buzbee filed another lawsuit against Watson taking the count of active lawsuits, to 22 in 2021.

Buzbee filed the 23rd and the 24th active lawsuits in 2022. Therefore, with multiple lawsuits being filed against him, Watson’s playing career seems under question marks. His availability remains uncertain.

The Watson-Deal Of The Browns

In March, the Cleveland Browns traded three first-round draft picks and paid a record $230 million for Watson. However, just two months back, the Browns exited the bidding for Watson. The Atlanta Falcons and New Orleans Saints were taken as the two final bidders for him. But things took a sharp turn when Watson decided suddenly to go with the Browns. Watson’s camp argued that he has done what he thought will be best for his career.  Andrew Berry also decided to go all-in to see this deal done.

How the Browns did the Watson-deal, is not the right way. It is never suitable for a competent organization to spend such a huge amount behind a player, whose availability remains uncertain. They were not in a hurry. They had Baker Mayfield as their quarterback option. Moreover, the NFL might hand him a suspension for the entire season. The decision remains with NFL commissioner Roger Goodell. The Browns have isolated Baker Mayfield in their pursuit of Watson. To add to their worry, Buzbee filed two more lawsuits against Watson, last week. Moreover, Buzbee claims that Watson offered $100,000 to each one of the 22 accusers so that they might drop the lawsuits. Thus, the Browns remain in the dark about Watson.

Also Read: Joe Girardi Get Fired By The Philadelphia Phillies