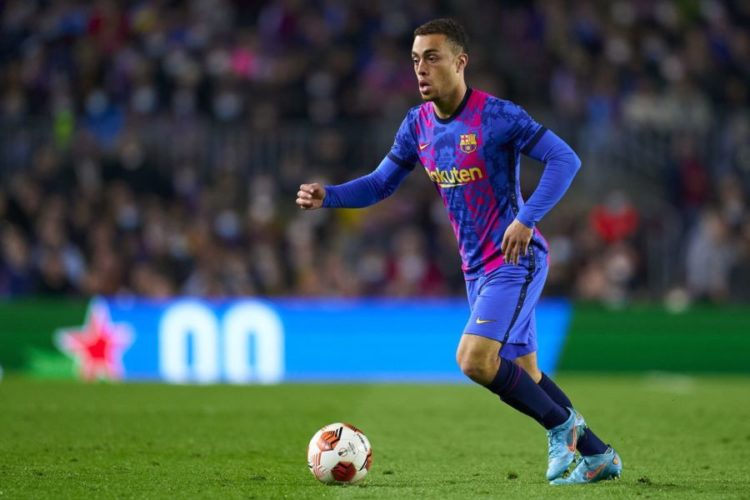 Barcelona is a name that every soccer fan knows by heart. The LaLiga giants have a large fan base from around the world. Names like Ronaldinho, Messi, and Iniesta have been associated with this football club. The club has a glorious record across various competitions, winning the LaLiga title 26 times. They have also won twenty European and worldwide titles.

However, the last three seasons for Barcelona have been disappointing. The 2019-20 season was the first time since the 2007-08 season when the club went trophyless. In the 2020-21 season, though they won the Copa del Rey, they were unable to get hold of any other title. The 2021-22 season witnessed the departure of Lionel Messi and again the club went on a trophyless run. Recently the managerial post of Barcelona also witnessed a number of changes. Since 2020 the club has had four different coaches. Finally, in November 2021, the club appointed  Xavi as their manager and under him, the club is looking to reshape itself.

This season, the club is planning to make some big changes in the team under Xavi, as they look to restore their lost glory. Thus, it is expected that some players would be left out of the squad in order to reshuffle the deck. Sergino Dest seems to be one such name. It doesn’t seem that he will be able to survive in the club this season. Infact the club has slapped a reasonable price tag against the 21-year-old left-back. This surely indicates that Dest will be on the move this summer.

Various sources in Spain claim that during the summer transfer window, Dest will be available for a modest price of € 30 million. This seems to be a reasonable price tag for him. Though Dest did not perform exceedingly well for Barcelona, he didn’t seem out of place in the team. Thus, it will not be difficult for him to get a team this summer. Read the article to discover more about the topic.

What Can Be Dest’s Next Destination?

Dest has not been a star performer at Barcelona. But he didn’t seem out of place. Yet, there are some problems that Dest needs to sort out. The prime issue with him is that he seems to lack the power that is needed to be a quality defender in the final third. However, this issue can be solved by his skill going forward. Yet again, he is never an exceptional crosser of the ball. Infact, the team has suffered to some extent for this.

But, Dest is only 21 and crossing is such an ability that may be developed with time. This seems to be good news for him. Many European clubs will be looking for an attacking fullback. Dest will be a good option for them.

The truth is that he is not going to blossom as a Barcelona star and a long career awaits him. Thus, though the USMNT officials might want him to improve his skills by staying at Barcelona, Dest should not stick to them. Rather he should look for a club where he can maintain a positive career trajectory.

Barcelona is looking to reshape itself under its new coach, Xavi. The likes of Messi, Suarez, and Aguero have left the club. Therefore, they will be in the search for some big names to fill up their gap. In doing that, they would need a large purse to pay the stars. Thus, they might look to reduce their expenses, and selling Dost seems to be a reasonable option for them. In selling him, they would save some expenses and will also add something to their purse.

On the other hand, Dest will also look for regular playtime. At Barcelona, this seems impossible. Thus, though the USMNT officials might want him to stay back in Barcelona, Dest should look for a team where he can maintain a positive career trajectory. Thus, Dest might also look to move out.

Therefore, the Dest-deal might prove beneficial for him and also for Barcelona. With many European clubs looking for an attacking fullback, It would not be difficult for Dest to find a suitable career option.