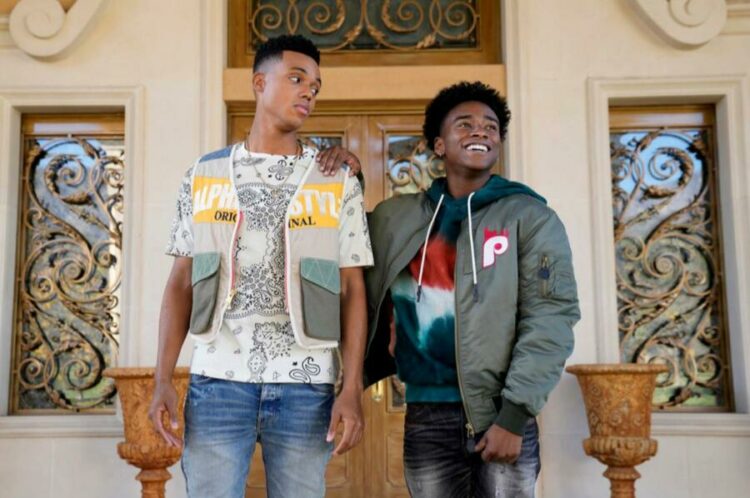 Bel-air is an American drama television series started by Morgan Cooper, Malcolm Spellman, TJ Brady, and Rasheed Newson. It is an explored version of the sitcom The Fresh Prince of Bel-Air and is based on Cooper’s short fan film of the same name.

So the second season of Bel-Air is just knocking at the door and Peacock has released a trailer for the upcoming season of one of the popular shows. The series is a remake of the 1990s sitcom ‘The Fresh Prince Of Bel-Air’, in which we will see Will Smith as a fictional version of himself. Moreover, the trailer reveals Bel-Air actor Tatyana Ali in a recurring role in the reboot.

Therefore if you want to know more about this show you are at the right place. So In this article, we will give you all the details for season 2.

Peacock released the first real trailer for “Bel-Air” Season 2 on January 19, 2023, which lightly hints at where the plot might come with Season 2. It’s clear that Will Smith has a lot on his mind — he’s still coping with a Season 1 revelation, that his father didn’t abandon him, but was actually in prison. He’s still seeking guidance from fired Banks staffer Geoffrey, who advises Will that “A real man doesn’t avoid hard things. He faces what scares him.” By that logic, and via a rapidly fired-off assortment of clips, Will is scared of a lot of things. He doubled down on pursuing basketball, starring on the Bel-Air school team where he scouted for the pros and approached by an agent while also making a lot of money hustling playground games — a likely dangerous option.

Ali’s return to that saw her rise to fame. It comes as a pleasant surprise to fans of both the original sitcom and the dramatic reboot. The actor’s storyline in season 2 of Bel-Air, across from Akira’s portrayal of Ashley, is especially notable. Ali herself originated the role in The Fresh Prince of Bel Air. Despite the distinctly different tone of Bel-Air, the show continually pays homage to the sitcom. It inspired it and maintains the connection between the reboot and the original.

Everything about season 2 of Bel-Air

Season 2 of the show is set to see Will navigate the complexities of rebuilding trust with his family. He is finding harmony within Aunt Viv and Uncle Phil’s home. As Will is supported by Carlton (Olly Sholotan), with whom his bond only grows, season 2 will also track Hillary’s (Coco Jones) rise as an influencer and how her online pursuits affect her real life, particularly her relationship with Jazz (Jordan L. Jones). To see how Will’s journey continues to evolve, Bel-Air season 2 premieres on Peacock on February 23.

2. Does Will leave Bel-Air?

He’s left feeling as though he doesn’t know who to trust and so he leaves Bel-Air.