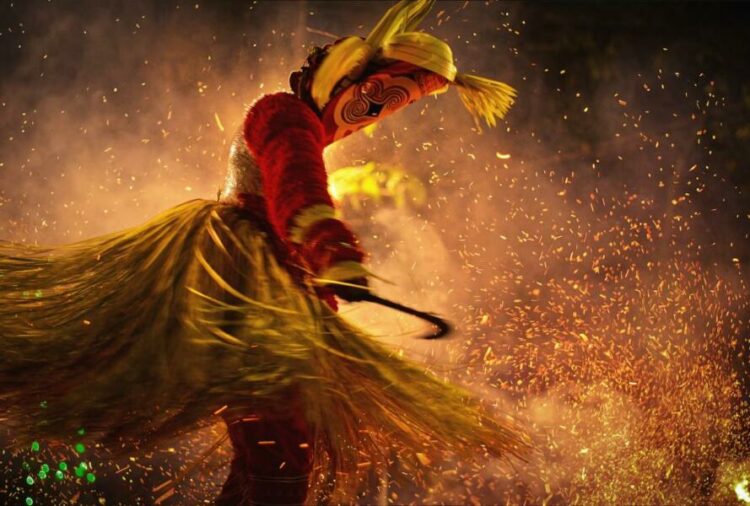 Mythology tends to get clumped in with history and other social studies courses. Often times, it’s treated as a part of ancient history—even if people continue to interact with legends and myths in their everyday lives. While we think mythology only exists in certain ways, it’s actually a huge part of pop culture.

Whether a famous myth like that surrounding the Ancient Greek Hercules or something more modern like a terrifying mythology Slenderman, these stories are ever-present in our lives. Many, like Hercules, are also tied to cultural beliefs and traditions, which also makes them a ‘living’ part of our lives.

Specifically, games and films tend to borrow from these myths more than any other form of pop culture, like music or fashion. On scales both grand and mundane, we interact with myths all the time. For example, online slots are the most popular casino game, which is favored by players because of their exciting format and casual nature.

Mythology is one of the most popular genres for players to choose from, alongside fantasy and seasonal topics. There are games like God of Storms and Gates of Olympus for fans of Greek mythology, along with Tomb of Ra and Queen of Alexandria for fans of Egyptian culture. But these represent some of the smallest projects that focus on mythology.

In 2022, audiences and gamers worldwide have been treated to some of the most expansive mythology-based projects to date. Keep reading for a breakdown of four of the top myth-based projects in gaming and cinema this year.

The God of War gaming series has focused on mythology from its first release back in 2005. At the time, the series focused on Greek Mythology. However, the most recent release from Sony Interactive focuses instead on the Northern Norse gods. It picks up where the last series ended – when the main character, Kratos, killed Baldur, a Norse god of light.

In Norse mythology, Baldur’s death kicks off the end-times, known as Ragnarök. Kratos now must stop the end times. So far, this game has nabbed a few nominations – and even won the awards for Best Narrative, Best Action/Adventure, and Innovation in Accessibility at The Game Awards 2022.

This new fantasy adventure film has been one decade in the making. The film’s story borrows from Hindu myths surrounding the god Shiva, who controls life’s more destructive assets. In the film, the main character is also named Shiva, and possesses magical powers—many of which were inspired by the real-life mythology surrounding Shiva, God of Death.

This weaving of narrative and mythology has helped make Brahmāstra: Part One the highest-grossing Hindi film of 2022 and the 20th highest-grossing film of all time. Already, two sequels are in production.

Above, we covered the God of War video game franchise – but the Sony Interactive project hasn’t been the only one steeped in lore. In fact, Elden Ring is all about narrative – and developers kept Irish and Celtic lore close to the chest when building out the expansive open-world RPG game.

The game requires players to recreate the Elden Ring to become the Elden Lord – but they’ll have to navigate an endless map of caves and catacombs. Along the way, players will find dozens of nods to Irish culture – which help it stand out in a video gaming industry that tends to focus on Norse or Greek myth. So far, the game has been hailed as the best gaming release of the year.

Jumping back into Ancient Greek territory, Theseus is one of next year’s most-anticipated action fantasy films. The storyline comes straight from ancient history, covering the epic myth of the Greek hero. He’s known for slaughtering the Minotaur after becoming trapped in its labyrinth.

The film will be only the latest edition to cover the myth, with one of the last retellings coming in 2011 with the film Immortals, which starred Henry Cavill and Luke Evans.