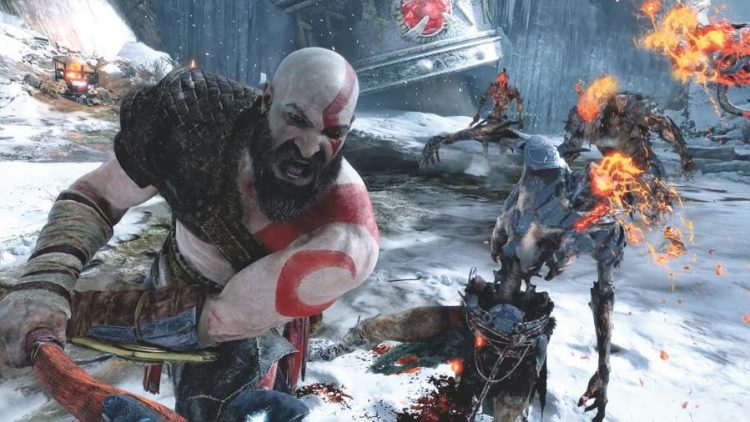 A fantastic game God of War Ragnarok is coming soon on the next-gen console. It is currently in the making by Santa Monica Studio and will get published by Sony Interactive Entertainment. The game is about the characters and events from the Norse mythology and will be the ninth part of the series God of Wars. Get ready to again play with Kratos a Greek God and his son Atreus. Know all the amazing details of the game here.

The release date of God of War Ragnarok

The game will release in PS5 consoles in 2021. The brief teaser of the game showed that it is still under development. Sony will take more time to release the game because it wants to offer its users the best gameplay. Therefore, we have to wait until next year to get the game.

The trailer of the game released in September and it revealed few details of the game. It showed a brief logo and the line Ragnarok is coming. That is why many people call it God of War Ragnarok however we do not know if it is the real title or not.

Ragnarok is the end of events in Norse mythology where many Norse Gods die and some survive for a better future. Therefore, in the game, we can expect a lot of battles between the Gods. The game will happen in ancient Norway and will consist of the adventures of the protagonist Kratos. He was a former Greek God who has a son Atreus. Moreover, Kratos is the only playable character in the game. So we have to help the characters to stay alive in the greatest battle of the Gods that will determine the fate of many creatures.

Like the previous parts, the new game will also contain hack and slash gameplay. There will be a lot of events in the game that will showcase the events that will lead to Ragnarok.

The plot of God of War 2018 will continue in God of War Ragnarok. The former game released in PlayStation 4. The Greek God Kratos arrives in Norway and finds himself in the Norse mythology. In this story we got introduced to his son Atreus. He sets out with his son to fulfil the final wish of his wife Fay who wants her ashes to spread at the peaks of nine realms. But they get attacked by Baldur whom the God Odin sends to prevent the upcoming war of Ragnarok. Then Baldur dies and that starts the Fimbulwinter which is a sign that Ragnarok is near.

The character Kratos uses a weapon in this series called Leviathan Axe. So this is where the story ended. The new game will continue from here and will showcase the events that happen during the Ragnarok.

God of War Ragnarok will be an interesting game.  It is a new take on Norse mythology. We can expect many characters from mythology to make an appearance in the game. So get ready to play it.