Billi Mucklow’s Post After Her Honeymoon Says It All: Have A Look 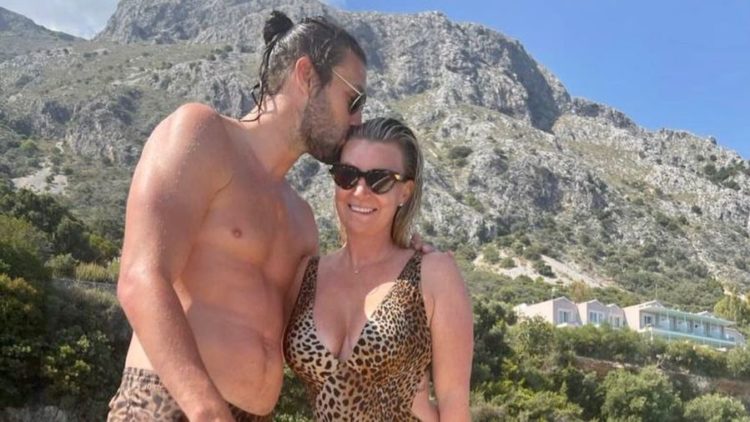 Billi Mucklow cannot stop her grin in the photographs from her honeymoon. And we are so happy for her. However, things weren’t this great a few weeks back. Andy Carroll, her now-husband, had put their relationship at stake with some foolish acts. But now, everything is under control and the pair can be seen happy and content in their recent honeymoon photos.

So, what happened a few days back? How did that put their relationship at stake? We will tell you everything. Marriage is a beautiful ceremony and perhaps, Billi Mucklow has decided to let go of the past. Furthermore, she wants to embrace her new life with open arms. So she forgave Carroll. What was their wedding like? And their honeymoon? Besides, what was her recent post after all this?

We have answers to all your questions. Keep reading this article, if you wish to know about the life of Billi Mucklow and her works. And then her relationship and her marriage with Andy Carroll.

Who is Billi Mucklow?

Billi Mucklow was born on November 8, 1988. This means that currently, she is 34 years old. Firstly, her place of birth is Loughton, United Kingdom. Secondly, she went to a local school in her region for her schooling. However,  later she got admission to a reputed high school. Thirdly, we know that she is a popular fitness trainer, reality show star, entrepreneur and celebrity partner. Fourthly, she is very famous across the country as a well-known yoga instructor. Did you know that she learned yoga from Bikram Yoga College in India?

Fifthly, Her nationality is British and she has immense faith in Christianity. Sixthly, Billi Mucklow’s parents are Steve Mucklow and Paula Mucklow. Seventhly, she has another sister and a brother. Their names are Georgie and Sam. Eighthly, her net worth currently is USD 2 million.

Billi Mucklow participated in the ‘The only way is Essex’ reality show in 2011. There she has appeared in more than 50 episodes, right up till 2018. Besides, currently, she has her own yoga company called ‘Hot Yoga Essex’. Did you know that she underwent surgery to remove a tumour from her neck? We hope she is doing great now. Currently, she is a happy wife to Andy Carroll, a famous footballer. Now, she is a proud mother of three kids.

Earlier this month former TOWIE star Billi went off for a party and fun in  Dubai. There she partied with her bridesmaids and friends on home turf, downing tequila, boarding a party bus and donning face masks of Andy. Furthermore, we see that Billi clutched a personalised Mrs Carroll sequin encrusted cup. After Billi and her guests celebrated at pool parties and expensive bars and restaurants, former Newcastle United striker Andy went to the UAE for his stag do, and Billi came home.

However, she was shocked at what happened next. The Sun published photos of him and another woman, partying with two blonds.  One of the women in the photos was the bar manager Taylor Jane Wilkey. However,  she said that he was innocent and he was just partying with her and fitness instructor Phoebe Robb. She further said, that”nothing sexual” happened between them. Andy was a gentleman throughout.

Besides, he was very drunk. Billi Mucklow has called off the engagement in the beginning. In fact, she had returned the ring and deleted her fiance from her WhatsApp profile. However, after the post of bar manager, things settled down.

According to a source, ” Billi and Andy want to leave everything in the past now and move on.” ” Their wedding cemented their love for each other and this marks the start of a new beginning for them as man and wife.”

Everything About Their Marriage

Billy Mucklow looked beautiful in an off-white, lace dress with shoulder pads. Furthermore, her bridesmaids and flower girls surrounded her in blush pink. Meanwhile, Andy and his groomsmen all wore dark suits with sage green ties and white rose buttonholes.  We have seen the photos. They look magnificent in them.

They tied a knot on Sunday in Hampshire, at a lavish four-season hotel. It was a Coachella-inspired wedding and all of them looked amazing in their outfits. After the wedding, they had a big party and danced. Besides, the men can be seen opening expensive champagne bottles while the women danced.

Indeed it was a lavish wedding. All this happened just two weeks after Carroll’s antics in Dubai. The people saw a picture of the footballer, sleeping next to the bar manager Taylor Jane Wilkey, 27, from Scarborough.

Billi Mucklow and Andy Carroll got married on 5th June 2022. After exchanging vows the couple went to Mexico where they soaked up the sun and continued their romantic honeymoon, lavishing by the beach.

They posted photos of the arm in arm and sharing a kiss in front of a giant wicker love heart.  Mucklow took a photo of herself and her new husband looking sun-kissed and shared it on Instagram. Furthermore, she posted a picture of them as they enjoyed a boat ride at the sea. Carroll was smiling big in the photo.

Billi captioned one of the posts: “We made it one whole week baby!”

In addition, She shared a photo of the big day with her followers alongside the caption: “One week ago today…” There were pictures from her wedding there.

Both Billi and Carroll have thoroughly enjoyed their romantic getaway now.  Furthermore, we are relieved to see that all this happened after what the former England star did before the wedding. Apart from this, we see that she posted many other pictures with the caption, “Love of my life”.  The couple were living at a fancy 5-star resort which costs GBP, 1282 per night. That is one expensive hotel.

We are glad to see that Billi Mucklow has forgiven his husband Andy Carroll for his past behaviour. Andy too was very embarrassed about his actions, though we hear that he had done nothing wrong. However, they have left their past behind which we understand from the happy photos. We wish them the best of luck.