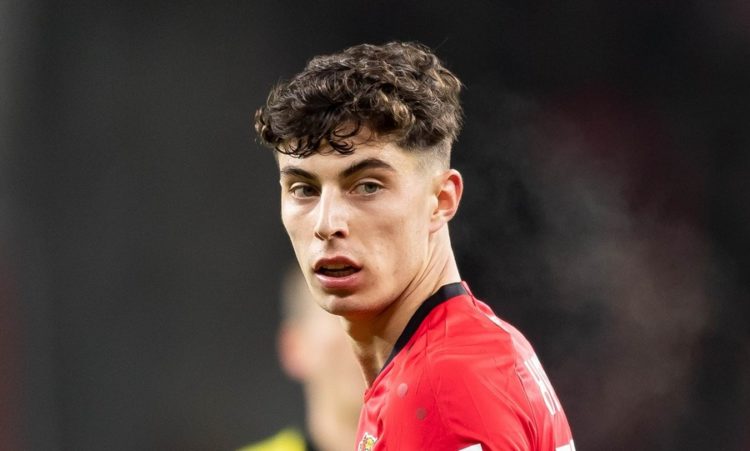 If you enjoy the game of football, you are sure to love the magical goals of the star footballer, Kai Havertz. In fact, he is presently one of the most popular German footballers that young girls have a crush on. He plays as a winger or an attacking midfielder for the German national football team and the greatest English professional football club or Premier League Club, Chelsea FC.

So if you are a diehard fan of Kai Havertz, you must be eager to know more details about his life, right? Stay with us until the end as we will share with you some of the exciting info about the star footballer’s luxurious life. Let’s have a look at some of the points!

Who is Kai Havertz? A Short Bio of the Celebrity Footballer

Since you are reading this article, it is apparent that you are a diehard fan of his; therefore, you want to know more about the handsome footballer. Well, you are at the right place as we will share with you all the details here. His full name is Kai Lukas Havertz; however, people commonly know him as Kai Havertz.

As per the sources, the star footballer was born on 11th June 1999 in Aachen, North Rhine-Westphalia. Moreover, he belongs to a middle-class family in Aachen. In fact, people consider this city the 28th largest city in Germany. Kai Havertz is also the last born of his three siblings. Jan, his brother, is actually the eldest among them, followed by his only sister Leah.

So as we mentioned earlier, Kai Havertz is a German professional footballer. Needless to say, he gained immense popularity at a very young age. In fact, this German star footballer made his professional career for the German football club Bayer Leverkusen on 15th October 2016. This was against Werder Bremen. He played as a substitute for Charles Aranguiz. At the same time, he also made his international debut for the German national team.

In fact, the popular German coach Joachim Low called Havertz in August 2018 to play for the German national team. In addition, he also made his international debut for The Germany national football team on 9th September 2018. This match was against Peru as a substitute for his teammate Timo Werner. So you can well understand the level of his popularity.

Have a Look at Havertz Successful Football Career

By now, you must have figured out that Kai Havertz is indeed a gifted footballer. Needless to say, this two-footed midfielder is comfortable with the ball on either foot. In fact, people also compare him to many great players, from Mesut Ozil to legends like Johan Cruyff.

Moreover, as per the data on the Chelsea website, Havertz has the second rank for goals among the under 21 years old players in the past five years, next to Kylian Mbappe. However, his only weakness might be his physicality, for which he has suffered several injuries during his career.

As per the sources, Havertz joined Leverjusen’s youth academy only when he was 11. He strived days and nights and took out the best to train himself from the academy. In fact, the authorities also promoted him to the Under-17 team when he was 15 years old after seeing his performance. However, his professional career started at the age of 16. He was also inspired by Toni Kroos, whom he considers his idol.

Sorry we couldn't get it over the line in the end. Very proud of the teams performance. Now onto the FA Cup semi-final! pic.twitter.com/qAReEQLXXG

As mentioned earlier, Havertz made his debut in a 2-1 loss to Werder Bremen in 2018. In fact, he also became Leverkusen’s youngest ever debutant. Soon after that, he recorded his first assist on the 50,000th goal scored in the history of the Bundesliga. So you can well understand that Kai Havertz has already created several records as the youngest player.

So until February 2021, Havertz has played around 26 games for Chelsea in his debut season. At the same time, he also registered five goals and six assists in those games.

What is the Market Value of Kai Havertz?

Many of our readers might have this question on their minds; let us share with you the details. As you know, the Premier League giants Chelsea have repeatedly flexed their financial muscle ever since the transfer of Russian billionaire Roman Abramovich. Needless to say, players like Kai Havertz, Timo Werner, and Ben Chilwellhave all joined the Chelsa FC for large transfer fees.

Do you know how they calculate the valuation of each player? Well, the authorities calculate them in collaboration with SciSports. It is actually a leading analytics agency that assesses the relative transfer valuations of over 60,000 professional footballers.

As per the sources, Kai Havertz has a valuation of 86 million pounds. This is, in fact, the second-highest amount among his teammates. He has a high market value because of his amazing performances. Moreover, the German footballer’s goal in the finals helped them win the Champions League in the 2020-21 season.

What About Kai Havertz’s Personal Life?

Since the star footballer comes from an athletic family, his parents and other family members were always supportive of his career. In fact, his father was once a footballer; however, he later on stopped playing.

Are you curious to know about the handsome footballer’s love life? Well, let us share with you the details. Needless to say, Kai Havertz has only one girlfriend from his childhood days, that is Sophia Weber.

What is The Net Worth of Kai Havertz?

Kai Havertz has become a star footballer for the German national team at a very early age. This 21-year-old celebrity has already achieved several recognitions. Since he began his career in 2016, he has continued to climb the ladder of success in this glamorous football world.

As per the news from the media, Kai Havertz earns 140,000 pounds in one week at Chelsea FC. At the same time, his present market value is around 86 million pounds until March 2021. It was the highest in June 2019 with an amount of 90 million pounds. His career graph is indeed impressive, right?

So as we conclude, we can say that Kai Havertz is presently one of the most successful players in football. He has also achieved quite a lot at an early age. If you want to know more about this talented footballer, you can read through the article.