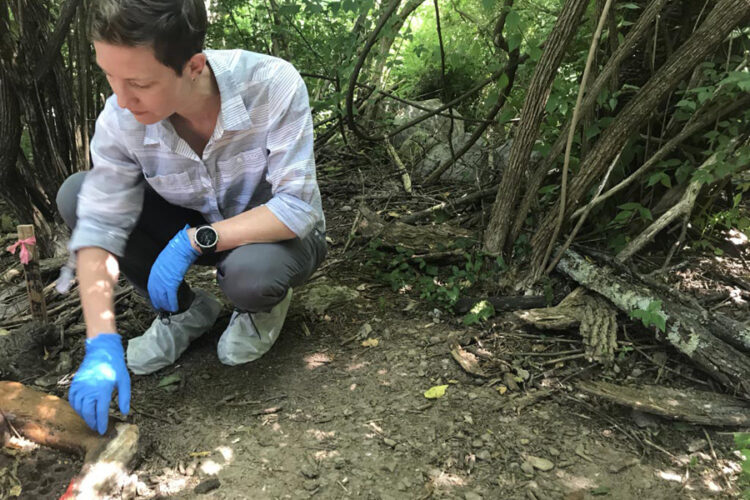 Want to know what Body Farms are? Then, here we got an article for you!

What do you suppose happens to your body once you pass away? You undoubtedly have a basic picture of what will happen to your body once death has its cold grasp on you. But it’s probably not entirely realistic.

It’s not just you. Most people have minimal knowledge of the horrific process of human death and decomposition.

Anthropologists and forensic scientists are attempting to comprehend more about how the human body decomposes after death to apply the knowledge to help solve crimes and even probe genocides — any case where we seek to know when, how, and where a person died.

Nevertheless, some aspects of human decomposition continue to be a mystery to experts who spend their entire lives in this field of research. Body farms are a new kind of research facility. It evolved over the past few decades to aid scientists in solving these puzzles.

Know About the Birth of Body Farms

Before the introduction of corpse farms in the 1970s, forensic scientists who provided expert testimony in criminal trials had to rely on research on pig carcasses. Additionally, several nations outside the United States continue to do such studies using pig carcasses.

The first body farm was founded at the University of Tennessee in Knoxville by a guy named Dr. William Bass. In 1972, he radically made changes in the field of forensics.

Bass came up with the idea for body farms around the time. The authority asked him to consult on a local case. The police had noticed that the Civil War-era grave of Col. William Shy had been recently disturbed. And the corpse inside looked surprisingly fresh. They suspected that someone had recently been murdered. Further, they were placed in this old grave to cover up the crime.

Body Farm: Is it for Real?

Bass observed the corpse’s pink flesh, which was still warm. He told the authorities that he thought the corpse from the Civil War had been switched for a more recent one, which had been deceased for less than a year.

However, he was wrong this time. The authorities identified William Shy after further examination of the deceased’s teeth and clothing. It revealed that embalming and a firmly iron casket had preserved the body.

Bass was out by more than a century. He realized that he needed much more research on the subject of human decomposition. The answer lay in body farms.

Bass’ corpse farm started on a 1.3-acre stretch of university property. Here the researchers used to leave donated human bodies out in the open to rot under various circumstances so that the outcomes could be seen and documented.

What Happens at Body Farms?

Thousands of bodies decomposed in America’s numerous body farms throughout the years under researchers’ observation. More than 1,800 persons, 1,700 skeletons, and 4,000 people signed up to donate their bodies after death at the University of Tennessee alone.

What Happens to All of These Bodies Once the Body Farms Receive Them?

Procedures can vary a little bit, but the approach is as follows at Texas State. First, researchers collect measurements, photos, blood, and hair samples. Then they give the body a number for identification. Further, carry it outside, and bury it there, at least a few feet away from any other adjacent bodies.

It’s more complicated, though. Depending on the research type, the researchers will place the body—typically naked but not always—in a certain place. Authorities sometimes leave the bodies in the sun to examine the effects. Other times in the shade, in high grass, etc. Researchers will occasionally place carcasses under cages to keep vultures and other opportunistic animals out. However, they may also leave bodies exposed so that personnel can monitor the creatures’ effects on the bodies.

Additionally, researchers may place the bodies in specific locations. In water tanks, on trees, or even in car trunks, for instance, bodies in body farms may be left. It would resemble where police could find a body in a real-world homicide case.

The researchers closely watch the decomposition of the bodies. While a weather station keeps track of all pertinent variables, such as temperature and humidity.

How the Body Decomposes?

What happens to the human body as it decomposes – the important question, the one that first prompted the development of all these body farms. The particular variables that the researchers take into account can affect the answers. But the fundamental procedure is always the same.

The fluid inside a person’s cells spills out when they first pass away, which triggers the bacteria’s initial feeding frenzy. After then, the bacteria turn the body’s liquids and solids into gases that make the body bloat.

The body can grow to approximately twice its original size during this stage. It is achieved a few days after death. As part of a process known as “marbling,” the sulphur produced by bacteria also gives the body a peculiar, yellowish hue.

At that point, flies appear and lay eggs, which later hatch into maggots that start eating the flesh.

The body then reaches the cleanse stage, which lasts for around three days following death. The carcass begins to shrivel and pours out nitrogen-rich fluids. This can kill off the nearby grass and turn the surrounding region black.

Maggots and bacteria completely devour the flesh within a few weeks.

On a Wrap, Body Farms Taught Us a Few Things

Researchers have yet to have the opportunity to observe and track the type of human decomposition described above in the same way that they can today. Furthermore, body farms allowed scientists to discover a lot of things.

Even in the case of missing bodies, advances at body farms may be useful. Researchers at the Body Farm can identify the precise types of chemicals that build up around dead people. If you can detect those chemicals, you can locate the body.

Researchers also studied the necrobiome, a type of food chain. It is involved in the decomposition of human bodies using body farms.

It is clear that humans have been dying and rotting for countless generations. But, it has only been in the last few decades that we have built the body farms that have enabled us to make critical scientific advancements like these.