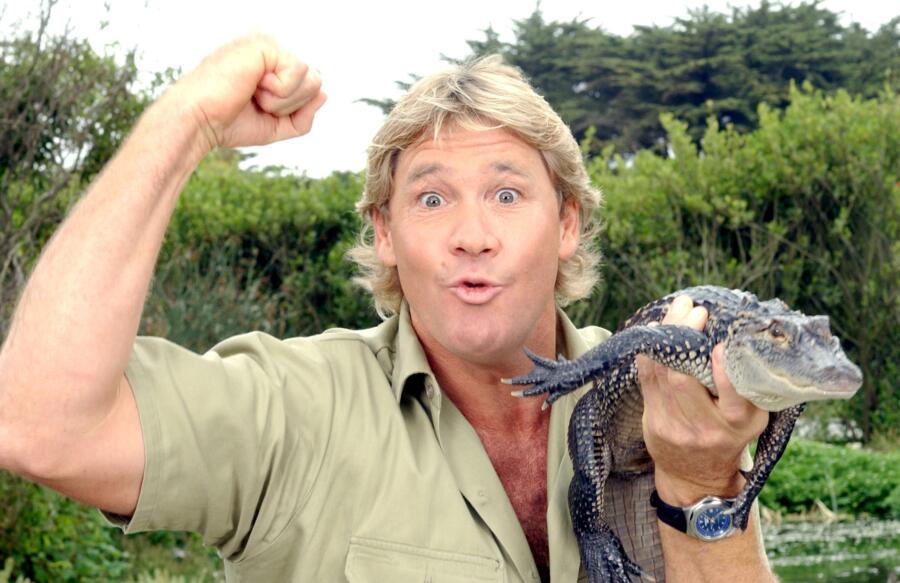 Steve Irwin’s death is one of the shocking incidents in 2006. This Wildlife expert loves new adventures. Also, known as the crocodile hunter he has educated the audience about reptiles and other animals. From young to old everyone loved this fearless man. In all of his videos, all people can see his love for animals.

However, the unfortunate death of a wildlife expert in 2006 upsets many people. In the Great Barrier Reef, a stingray’s needle pierced his heart. Within minutes Steve Irwin collapsed and passed away. Let us see more about the Steve Irwin death and details about the tragic incident.

Born in 1962 Steve Irwin is from Australia. From a young age, he had the dream to work with wildlife. As an Australian his parents are animal enthusiasts. In 1970 the family of Steve thought to relocate to Queensland. Also, Steve’s parents are the founders of the reptile fauna park which is an animal zoo in Australia.

When growing up Steve learned many things about animals. Many say that he had a unique understanding of these creatures. It is s surprise that at the age of 6 he caught a venous snake. At the age of 9, he fought a wrestled a crocodile. Steve Irwin had the same passion as his father which is to be a wildlife expert. Now let us see some of the dangerous experiences of Steve Irwin in the wild.

Steve Irwin is a part of several daring wildlife encounters. As he became popular many people did question his hasty interaction with animals. Many zoo owners say that Steve has a soft spot for animals. Due to this, his judgment is clouded when he is near such animals. This is the reason for him to puts his life at stake. There are plenty of instances where he has faced dangers.

There is a 2003 incident when a wild lizard attacks Steve. The zoo owners did warn him to handle the animal with a broomstick. However, he thought to handle it more softly but due to the attack, he was bleeding severely. Steve did not differentiate animals from a human. He reacted to animals with much care as he did with humans.

There is a shocking incident from 2004 where Steve Irwin feeds a crocodile whilst holding his year son in his hand. He had great trust in animals but it was time for something tragic to happen in his life. However, Steve told in an interview that he would never endanger his children. He further adds that he always takes proper precautions when approaching an animal.

In 2006 Steve Irwin has great dreams to explore wildlife. With his TV crew, he heads to The Great Barrier Reef to film the Ocean’s Deadliest series. After taking several videos of wildlife that week the crew thought to take see a tiger shark. However, they did not find any Tiger Shark that day so they decide to film Stingrays. The original plan was for Steve Irwin to swim near sting ray for the camera to capture it.

Nobody had any clue that a shocking incident will happen that day. When swimming near the sting ray it did not flee from Steve. Rather, the sting ray came to the front and stabbed Steve several times in his chest. Cameraman Justin who filmed this fatal incident was shocked to death. He could see how the stingray’s barb went through Steve’s chest like a hot knife. At first, the crew did not know how fatal the injury is until they see Steve in a pool of blood.

Steve told that it punctured my lung. However, the truth is the barb went right through his heart. The crew was screaming to Steve to hold on until help arrived. However, Steve calmly looked at Justin and said ‘I am dying’. These are the last words of Steve within seconds he passed away on the boat. The death of Steve Irwin is a heartbreaking incident that disturbs many people around the world.

The cameraman who is the closest to Steve is still mourning his death. Also, he was the last person to talk with Steve. He says that Sting ray did more damage to him than anyone can imagine. Even with quick help, Steve couldn’t recover from that position. At the age of 44, no one could stop the sudden death. After much thought, Justin says that the stingray stuck with Steve thinking that he was a tiger shark. Stingrays often prey on these small sharks.

After thinking that Steve’s shadow is a tiger shark the stingray started to attack him continuously. As per Justin, Steve gave strict orders when filming wildlife videos. He told his crew to keep recording his brutal death and the attempts to save him. Due to this, all the last moments of the expert are recorded b his crew.

Australian Prime Minster arranged a state funeral for the late Steve Irwin. His family did deny it but people did not stop to bring flowers and their condolences to the Australian zoo. At the time of his death, his children were young. However, it was heart-wrenching for the family to cope with their loss. After growing up his children and wife continue to follow the great Steve Irwin’s Legacy. Bindi and Robert Irwin are the children of Steve who commit to his ways.