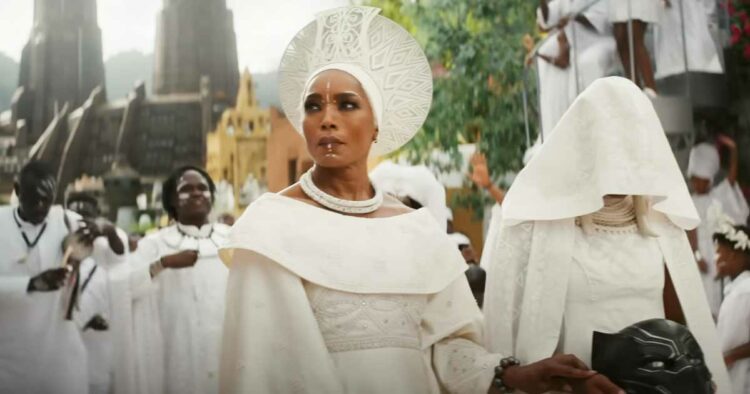 Black Panther: Wakanda Forever is only the sixth picture to generate more than $300 million in the United States this year. On Tuesday, November 22, the Marvel superhero film that was released on November 11 surpassed the $300 million milestone.

We explore how the people of Wakanda cope with the loss of T’Challa. Moreover, they prepare for a new threat in the form of Namor in the fourth and final film of the Marvel Cinematic Universe’s Phase 4. Continue reading to find out what the film has to offer!

Over $300 million has been made from the sale of Black Panther: Wakanda Forever tickets in the United States alone

On Tuesday, Black Panther: Wakanda Forever added $9.6 million to its coffers, bringing it’s 12-day domestic gross to $303.7 million. This is the eighth film in 2022 to reach this milestone.

Batman, Top Gun: Maverick, Doctor Strange in the Multiverse of Madness, Jurassic World: Dominion, Thor: Love and Thunder, and Minions: The Rise of Gru are among the previous films in 2022 to gross more than $300 million.

The forthcoming Thanksgiving holiday is expected to boost the film’s box office earnings even further. The only other new release this week is Disney’s animated picture Strange World.

Wakanda Forever might be the best of Marvel’s to date

In terms of box office earnings, Wakanda Forever might easily outperform all other Marvel films released in 2022.

Black Panther: Wakanda Forever’s lifetime box office totals are quickly approaching those of the year’s other Marvel blockbusters. This film was seen by a million more people in its first 12 days. Doctor Strange in the Multiverse of Madness, which was released in May.

Despite having a larger opening weekend than Wakanda Forever, Multiverse of Madness grossed $302.7 million in just 12 days. Thor: Live and Thunder earned a total of $343,3 million. Wakanda Forever needs to earn an additional $40 million in order to exceed Captain Marvel in annual box office revenues.

Furthermore, because there are no major releases slated for the next three weeks, the film will have a free run. The Way of Water, the sequel to Avatar, will be released on December 16th.

The North American box office for Black Panther was $700 million

The film has been one of the year’s most successful. However, it has yet to surpass the $700 million earned by the original film by the end of its theatrical run in 2018.

Despite this, the picture grossed more than projected. The stunning industry observers who had believed it would lose momentum following the death of its star, Chadwick Boseman.

After the actor died, the studio opted to honour his legacy by not casting anyone else in the role. Instead, they paid tribute to the actor and King T’Challa. Transforming the actor’s tragic death into a source of inspiration for the audience.