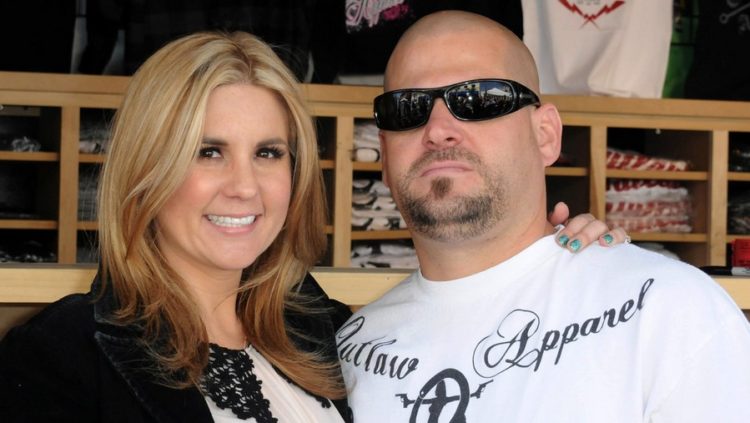 Do you know who are Brandi Passante and Jarrod Schulz? You might recognize them from the popular show Storage Wars. They also appeared in the spinoff show titled “Brandi & Jarrod: Married to the Job”. The pair is not married to each other but they are life partners. They have two children together. The couple became famous because of their constant quarreling in the Storage Wars. But last year Brandi Passante revealed in an interview that she and Schulz separated two years ago. She did not offer the reason for their separation. But it seems the kids spend most of their time with her.

Season 13 of Storage Wars premiered this month and in the show, the pair talked about their split. Passante commented that she is not with Jarrod anymore. Then Shultz shared “Just because me and Brandi aren’t together anymore, doesn’t mean we can’t go to an auction — but separately”. Here you can find the details about Brandi Passante and Jarrod Schulz’s divorce.

How did Brandi Passante and Jarrod Schulz meet?

Jarrod Schulz met Brandi Passante in 1999 when she was working in the carpet cleaning business. They have a different story to tell on how they fell in love. Shultz shared “I was Brandi’s boss”. He told that his boss hired Passante and she started to stalk him. But Passante revealed that Jarrod hit on her relentlessly. She found it embarrassing. At last, they started dating.

Further, Shultz left his job to sell the mortgages. But it came to a halt suddenly after the housing-market collapse during the 2000s. He was at a loss. Everything changed when his aunt who managed a storage facility told him about the storage locker auctions. So he and Passante started the business of buying and selling the items they found at the lockers.  They discovered that they were good at the job. Besides they opened a thrift store to sell the items. It is called Now and Then in Orange, California.

Things started to go well for them. They had kids and enjoyed their job and life. A chance encounter helped them to get a spot on the show Storage Wars. But cracks started to form in their relationship.

Why did Brandi Passante and Jarrod Schulz divorce?

Passante and Schulz were fan favorites of the show Storage Wars. Because of their popularity, they got a spin-off show titled Brandi Passante & Jarrod: Married to the Job in 2014. But A+E canceled this show after the first season. The reason for the end was not given. But many things became public after that.

In 2018 the couple suddenly shared that they are ending their twenty-year relationship.  But before that, it seems they kept the split a secret. They did not share with their fans about the breakup until they were ready to share it. The official information only came when the couple revealed it in the Storage Wars season 13. In the season Schulz came with a new girlfriend Rochel Beckman.

How is Brandi Passante feeling after the divorce?

Brandi Passante revealed that she is feeling much happier now. She said, “I wasn’t really allowed to have an identity for many, many years”.  Then she added “And so these last couple of years, I’m kind of coming into my own and figuring out who I am. She wants to stay the same for a while trying to figure out many things about herself.

Schulz is not saying anything much about the breakup. It seems he had an alleged altercation with Passante earlier this year. He is done with the show too. So according to some sources the viewers may not be seeing him in future episodes. The authorities in California charged Schulz with domestic violence and misdemeanor. The sources say that he pushed Passante twice during a fight at a bar. But both Shultz and Passante did not comment on the incident.

The things between Passante and Shultz did not end dramatically like the relationships of many couples on TV. But the tension between the couple was clear in the Storage War season 13. At one scene in the show, Passante said Schulz was “an idiot” for spending $400 on a locker unit. Then in another scene, Schulz tried to outbid Passante on another unit. He shared “You know, if Brandi bids on it, I’ll probably bid”.

Brandi Passante revealed in an interview that she ended her relationship with Jarrod after the premier of Storage Wars season 12 in 2018. After the interviewer asked what it is like for her to be a single mom she shared “I did a lot of it on my own anyway, but it’s the scary dad voice in the background that we’re missing. I have them all the time, 24/7 they’re here with me, so I have to navigate that”. It seems she is used to the life of raising her kids alone.

Brandi has completely adjusted to living with her kids as a single parent. But she also outlined some challenges she faced after the split. She said that her kids are teenagers and the emotions are rising high in the family. It is hard for them to live with both the parents and suddenly after the split get used to living with their mom alone. It has been two years since the split and Brandi has experienced lots of problems. She tiptoed around for her kids to heal and adjust to the new lifestyle.

In their professional lives, Brandi and Jarrod do not run into each other often. They both are thankful for it because when they meet it gets tense and awkward.

Brandi and Passante and Jarrod Schulz became popular for their realistic husband and wife relationship. But now they are not together and are trying to stay happy by leading lives separately.

Also read: Navigating Relationships and Companionship in Your Autumn Years