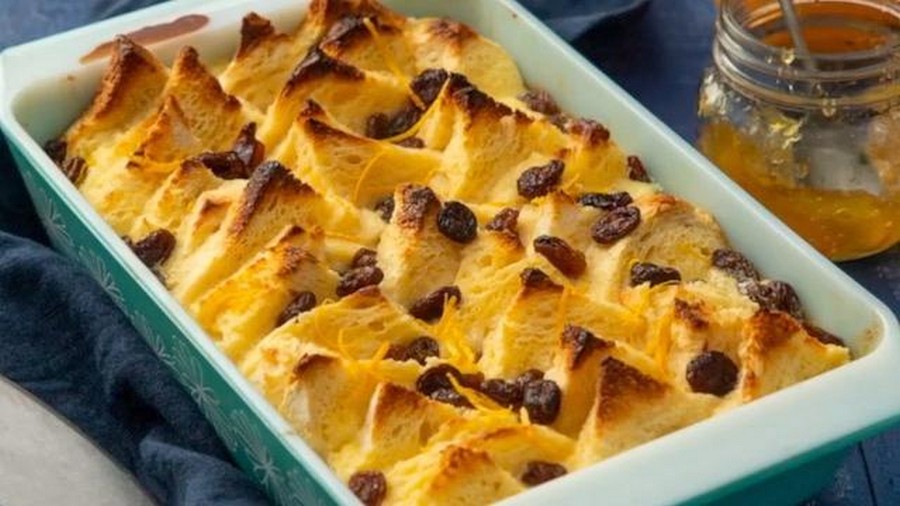 Bread and Butter pudding is the favourite delicacy of many people. It is a dish with old roots because cooks from many places liked to do something delicious with bread before it turned stale. Today bread and butter pudding is made in many countries and has become a luxury food even though it had humble origins. The modern bread puddings are made from fresh gourmet bread like brioche and have amazing ingredients like vanilla beans, bourbon, gruyere cheese or pecans. There are also sweet puddings that are eaten along with a variety of dishes.

If you are interested to know more about bread and butter pudding history and it’s recipe you are in the right place. Know all the details here.

What is the history of Bread and Butter Pudding?

Food historians have traced the origins of the bread and butter pudding recipe to the early 11th and 12th centuries BC. It seems it was the staple food of the common people but now it is available in the menu of upper-class restaurants.

Our ancestors made the dish to save stale and leftover bread instead of wasting it. Then in 13th century England, the bread pudding came to be known as “poor man’s pudding” as it became a popular dish of the lower class people. Now it has become comfort food for the vast majority of people. The Romans are known to use eggs in their bread to bind the ingredients together. Also, the custard was invented in the middle ages so the early bread puddings they made contained milk, stale bread, fat and perhaps a sweetener. The ancient versions of bread were not only found in Roman history but also in other countries like Egypt, Indian and the Middle Eastern.

In the 17th century, bread and butter pudding became a part of the British culinary repertoire. The revival of traditional British cooking made the traditional recipes like bread pudding re-emerged as important dishes. The chefs created many lavish variations of the dishes that are a vital part of the haute cuisine restaurants.

The bread and butter pudding recipe is a process of layering bits of bread and adding them to a dish and pouring custard sauce over it before baking it. But the possibilities for this dish are endless because many do it according to their preference. There are many ingredients which they can add to the dish and also choose the type of bread.

Also read: 7 Things That Happen To Body When You Consume Peanut Butter Daily

What are the different interpretations of bread and butter pudding?

Many popular cooks have discovered their interpretations of their bread and butter pudding. Cookbook author Portia Little shared that bread pudding is the ultimate comfort food for her. She made a new dish in her home-based on pudding. In her kitchen, she soaked golden raisins in Scotch and cut up some leftover Italian bread into the chunks. After that, she put the bread in the oven but before that, she poured golden raisins in Scotch on it. Then she combined eggs, brown sugar, warm milk and melted butter and poured over it.

She baked the bread with her ingredients until it turned puffy and brown on the top. After leaving it to cool, she whipped some cream on the top and enjoyed the wonderful bread pudding. It came to be called the Boozey Bread Pudding and you can find it in one of her cookbooks. Later she made several dishes based on the bread and butter pudding recipe. This shows us how versatile the bread and butter recipe can be.

How to do basic bread and butter pudding?

Bread and Butter Pudding – a classic dessert that will never grow old. Check the recipe: https://t.co/j1Tm5WAQDo by Tastes of Health#breadandbutter #pudding #dessert

Bread and butter pudding dishes have to be prepared with bread crumbs, bread cubes or bread slices. You have to soak the crumbs or cubes in an egg custard mixture. If you are making sweet bread pudding then the custard mixture can have eggs, milk or cream, sugar, spices like vanilla, cinnamon or rosewater. On the other hand, if you are making savory the bread has to be soaked in eggs and you can add broth or cream, vegetables, meat or cheese. Plus you can also add herbs and spices.

The main components common in all kinds of bread and butter pudding is eggs and milk or cream. These are the basic ingredients as they form the custard base that makes bread as bread pudding. You can add a variety of add-ons to this base to spice it up. In the sweet bread and butter pudding, you can add chocolate, candied citrus peel, nuts, dried fruits and more. In the savory bread pudding, you can add high-quality meats, mushrooms, cheese, and other additions. You can enrich the pudding with butter or oil. At last, after adding all the required ingredients the bread pudding is baked which makes it sizzling hot and amazingly tasty.

What are the types of Pudding?

The bread puddings can be consumed as a savoury or sweet dish. You can also serve it hot or cold. The dish can be made with simple ingredients or also prepared with a complex process. Also the bread puddings simplicity makes it an amazing dish as it can be prepared in different ways. Any kind of bread can be used to make the bread pudding although the popular preference is white bread. French toast is considered the cousin of bread pudding.

In the 18th century, bread pudding gained a reputation as comfort food for sick people. This is because it was easy to digest. That is why many people find it irresistible. Many types of sauces are used in bread and butter pudding like creme Anglaise, caramel, whipped cream or liqueur-based sauces. You can also use fruit, lemon, chocolate or vanilla-based sauces to prepare it.

Bread and pudding is a great dish with a rich history. Today it is a dish that is always evolving because it has room for a lot of innovation.

Also read: Some Interesting Facts About 10 Foods That We Eat Everyday