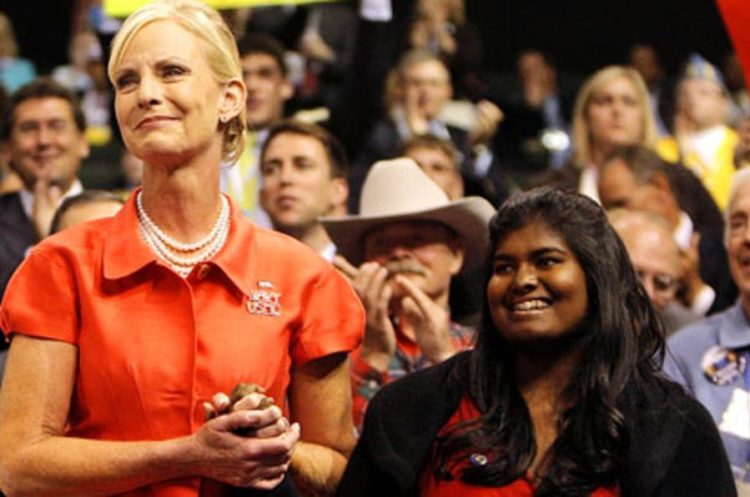 Meghan Mccain a TV host and one of the daughters of Mccain responded to Trump’s claims. But another of his children also supported him on Twitter. It is none other than the younger sister of Meghan, Bridget Mccain. Many people were attacked by Donald Trump and one of the persons is late senator John McCain. He passed away in 2018 but still, Trump attacked his legacy. He was a prisoner of war in Vietnam for five and half years.

During that time, he was beaten, placed in confinement, and was tortured. He was released in 1973 with a permanent injury that made him unable to raise his arms. In the 2016 elections, Trump said that Mccain was not a war hero. He was captured and he only prefers people who are not captured.

In 1991 John Mccain and his devoted wife Cindy McCain decided to adopt a girl from Bangladesh. She was an abandoned orphan who stole the heart of Mccain and his wife. She came to be known as Bridget Mccain. Mccain revealed in 2000 that it was his wife’s idea to adopt a daughter. She was visiting Bangladesh and went to a children’s orphanage to offer her help to them. There were two baby girls. One was suffering from a heart problem while the other was having a severe cleft palate.

Cindy became worried about their survival so she thought of arranging proper medical treatment for them. So she decided to adopt Bridget. Both Mccain and his wife Cindy felt that she had enriched their lives. Bridget Mccain became a wonderful child to them.

Bridget Mccain never felt like an adopted child in the family as she was raised as their own. She became close with her sisters too. Also, she studied at Arizona State University and is about to get a career in special education.

In 2017 John Mccain had lots of good things to say about his kids. One of his daughters Meghan is in the media and his son Jack McCain is in the navy. Also, another son Jimmy Mccain is in the Army Guard. At last, he said that he was proud of his daughter Bridget. She is the joy of his life. Bridget shares the dry sense of humor of her father so she is a father’s daughter. She is now twenty-nine years old.

You may also read: Rikkie Leigh Robertson: Where is A.B. Quintanilla’s Ex-Wife?

At the time of Mccain’s first presidential bid, there were rumors of his adopted daughter’s background. There were rumors that Bridget was a child born through an affair of Mccain. Bridget became very upset with the news. She Googled herself and saw the rumors about her. She took the news personally but her parents made her understand that some people say wrong things. So as she is a strong girl she was able to handle it.

Bridget is a great supporter of her father

On Twitter, Bridget told Trump to be respectful towards her family. She reminded him that they only buried Mccain one year ago. Also, she gave attention to the fixation Trump has on her dad. She used strong bold words in her Tweet that many people appreciated.

She also said that Bridget is a very private person so she thinks that it was bold of her to publicly support their father. She also posted a picture they took with their late father as a reminder of his love for them.

About her mother Cindy Mccain

Cindy has shared that her daughter Bridget is a loving human being. She stays near her mom in Arizona where she is studying. She surprised her mom when she defended her father against Trump.

Cindy Mccain is a popular American businesswoman. She has lots of influence. But still, she has time for her children. She is also well known for her philanthropic and humanitarian efforts through which she found her adopted daughter Bridget. Now she is sixty-seven years old. After her husband’s death, she was able to bring her life back into focus. It was a great tragedy for the family but she was able to manage it all. In June 2021 President Biden nominated her to serve in the United Nations Agencies for Food and Agriculture in the position of United States Ambassador.

Net Worth of Cindy Mccain

Cindy Mccain’s net worth is a whopping $400 million. It is because of her family business Hensley & Co. She received the major ownership of the beer distribution company. Also, she is best known as the widow of the presidential candidate John Mccain.

When Cindy Mccain young she was a special education teacher. Then she married Mccain in 1980. After that, she started to work with her husband for his political career. She also had close ties with several charity organizations and became a philanthropist. In a way, she helped her husband to climb the political ladder as she was well-connected.

After the demise of her husband, she became the chair of the Beer Company. It is the largest privately-owned business in Arizona that has workers of over 1,200 people.

Bridget Mccain is a great daughter of a well-known family. She is the precious child of the late John Mccain and Cindy Mccain.