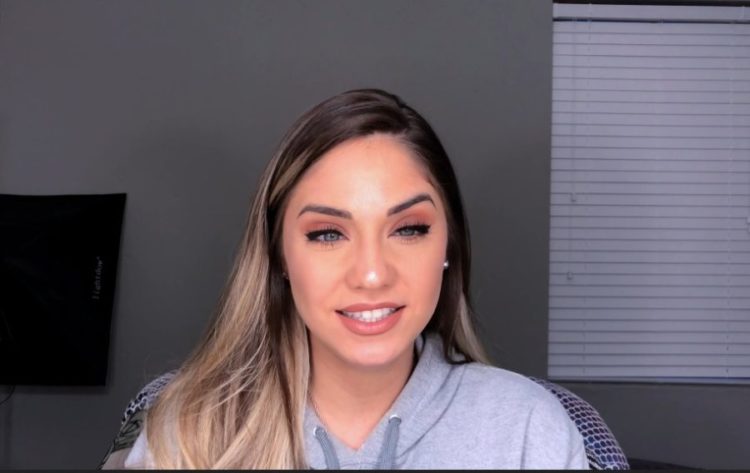 This is because she respects the legacy of her late sister-in-law Selena Quintanilla. Do you want to know about Rikkie Leigh Robertson who is also A.B. Quintanilla’s Ex-Wife? Then continue reading to know more.

Who is Rikkie Leigh Robertson?

Rikkie Leigh Robertson is a resident of Corpus Christi, Texas. Her birth date is March 14, 1988. She comes from the same place as the Quintanilla family. Not much is known about her family. But she is a YouTube content creator and a model by profession.

A.B. Quintanilla was 24 at the time of his marriage to Evangelina “Vangie” Almeida. She was his first wife. They married in 1988 and at that time Selena was yet to become a star. It was a tough time for the family because they were trying to make Selena’s dream come true. But in 2000, Quintanilla divorced his wife. Then after her, Quintanilla married Heather Grein in 2002. This marriage too ended in divorce. Further in 2011, he married his girlfriend Rikkie Leigh Robertson.

Their marriage lasted for 5 years. Rikkie is a beautiful model so she appeared in many music videos produced by the Quintanilla family. She is a content creator too. She shares many personal stories about her life on the YouTube channel. But in 2016, A.B shared at a concert that he and Rikkie have decided to separate. Further, in 2019, Rikkie Leigh Robertson shared that her divorce with A.B was ugly.

It was difficult for Robertson to come to terms with her divorce. The divorce proceedings and settlements were rough. She went through lots of stress because of it. She felt alone in the world but she found solace from her school friend. Then she started a relationship with this friend but it was only brief.

Later she married David Gonzales. They started as friends. But their relationship blossomed and they decided to marry. She was able to meet David through her ex-husband Quintanilla. He is the brother of AB’S band member. In 2020 David Gonzalez proposed to Rikkie Leigh Robertson. Then they wedded on February 23, 2021.

Gonzales is a lead photographer working at Ascending Photography. Also Rikkie models for David too. She posts many of her pictures taken by David. Now she is enjoying her life with her soulmate David Gonzales. Her husband David is very much in love with her. In his Instagram post, he has called Rikkie his Soulmate and woman of his dreams. So they are an adorable couple.

As of 2021, the net worth of Rikkie Leigh Robertson is $1 million. Through her profession, she earns $22,000 and $210,000 annually. Then she also received a good sum of money as a settlement after she divorced Quintanilla. So now Rikkie is living a comfortable life without any problems. She does not need to worry about money. Now she is trying to get a big chance in the modeling industry. Rikkie is a popular influencer on Instagram. But she is not very active in it. There is a Youtube channel in her name where she posts many videos.

Her former husband A.B. Quintanilla is $5 million. Also, he is a popular songwriter and musician. He used to play for his sister and also write some of her songs. A.B worked on some of his songs such as ‘Amor Prohibido,’ and ‘No Me Queda. That is why A.B’s family members are famous in the music industry. They have a lot of influence.

Who is A.B. Quintanilla’s wife now?

A.B. is now married to Anjelah O. She is an Argentinian woman. Their marriage happened in Las Vegas, Nevada and it was a grand party. She is his fifth wife. On his social media page, A.B shared that his wife has changed his world. He shared this news during his first anniversary with Anjelah O. He also posted a picture of her in which she looks gorgeous. He already has six boys and two girls from his previous marriages.

Rikkie Leigh Robertson is a beautiful woman. She has begun her new chapter in her life with a good man. We can expect some updates from her in the future about her life on social media pages.

You may also like: What We Know About The Day of The Dead?