What We Know About The Day of The Dead? 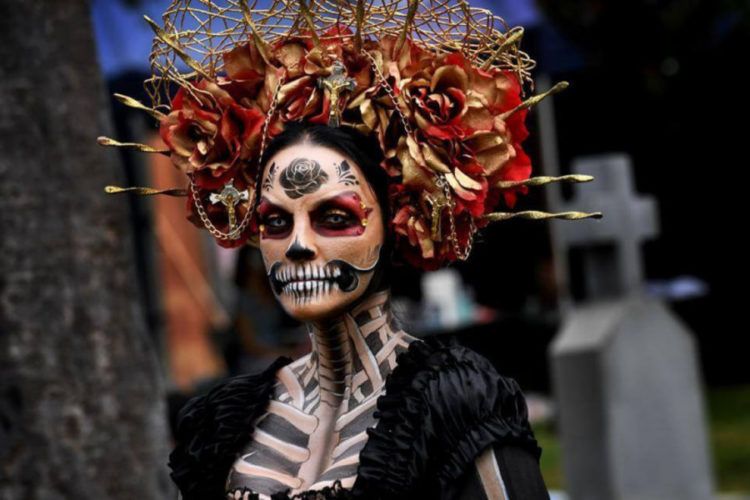 The Day of the Dead is a famous Mexican holiday that is celebrated mainly in Mexico and in other countries. It is associated with the catholic festivals like All Saints’ Day and All Souls’ Day. The festivals that have customs similar to Day of the Dead are Halloween, Thursday, of the Dead, Walpurgis Night and more. During the Day of the Dead families and friends of the dead people will gather together and remember them and pray for them. But rather than a day of mourning, it is considered a celebration.

Today the festival is regarded as a national symbol and also lessons are taught in schools about the day. Many traditions are connected with the holiday and people follow it every year to remember their dear dead loves ones. You can find out all the details about this festival here

When is the day of the dead celebrated?

In Mexico, The Day of the Dead is called Día de Muertos. The Mexicans celebrate the festival on November 1 and on November 2 annually. The people visit the cemeteries to spend the day with the departed spirits. Also, they build private altars in their homes along with the favourite foods and beverages, photos and things of the departed.

Further, they honour the dead using the Aztec marigolds. They do this in the belief to encourage the visit of the dead ones and spend time with their living family members. They also believe that the souls will hear their prayers and comments so they remember the humorous anecdotes of the departed ones. So instead of mourning for the departed they try to remain happy. The people of Mexico make plans for this festival throughout the year.

The day of the dead skull called Calaveras is the symbol of the holiday. It can be seen everywhere during the Day of the Dead. The celebrants wear masks called calacas which is the casual term used to mean skeleton. It is one of the main makeup of this day.

Food is an important aspect of the Day of the Dead festival. The foods will be made in skull shapes and the name of the dead ones will be inscribed in them. Also, drinks are important. Some of the holiday foods are a de Muerto which is sweet egg bread. It is prepared in various shapes to look like twisted bones.

Then there are Calaveras which are sugar skulls. They are offered to the dead ones as gifts. They are colourful to look at and are a symbol of vitality and the individual personality of the dead ones.

Historically the major drink of the festival is the pulque. It is an alcoholic drink that many families drink together during celebrations. Some of the other drinks associated with the holiday are atole and champurrado.

Origin and history of Day of the Dead

The Day of the Dead or well known as Día de Muertos in the native places is a famous holiday. Not only in Mexico but many other countries are also following it to remember the dead ones. According to the sources the origin of the festival is from the Aztec people. The Aztecs used the skulls to remember their dead ones. Many types of skulls are found in the Aztec temples to confirm this practice. It was a key symbol of their tradition. So after many centuries, this practice still exists as Mexicans are celebrating the Day of Dead with skulls.

After the Spanish took over the Aztec empire in the sixteen century the Catholic Church mixed the indigenous celebrations with their own beliefs and fixed November 1 and 2 to honour the dead ones as All Saints Day and All Souls Day. But it is also called the Día de Muertos. Also, the Latin American indigenous traditions fused with the non-official Catholic practices which led to many practices of Day of the Dead. That is why the notions of the afterlife are an important belief for the celebrators.

Know about the Day of the Dead movie

The Day of the Dead movie that best described the Day of Dead festival is the Disney film, Coco. The main concept of the film is inspired by the Mexican holiday Day of the Dead. It released in 2017 and won two Academy Awards. Also, it won the best-animated film in BAFTA Awards and Golden Globe Awards.

The story is about a twelve-year-old boy named Miguel who by mistake gets transported to the Land of the Dead. The boy loves music. So he asks for the help of his deceased musician great-great-grandfather to lift his family’s ban on music. But in the land of the dead, he meets with all of his dead ancestors and learns about the importance of family.

This is a day allotted to venerate the dead family members. In many cultures people believe in the afterlife. So each year they remember them and offer gifts to them.

Also read: Know Everything About The Characteristics of American Culture