BTS Announce Next Album ‘Proof’ is An Anthology Album 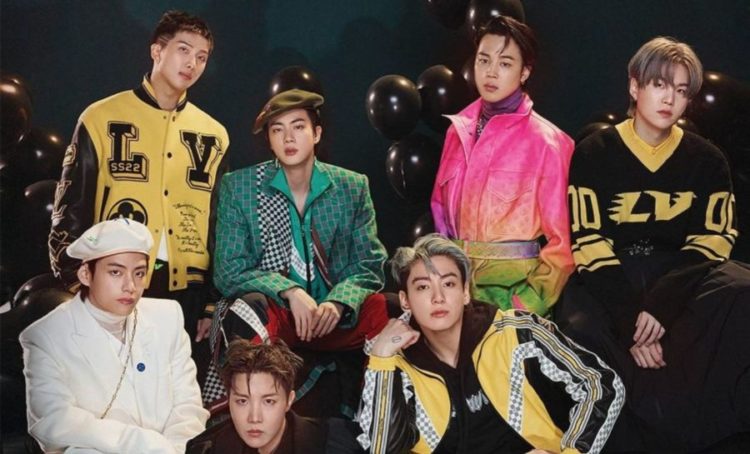 Are you a member of the BTS ARMY? Are you one amongst millions always vibing to Boy with Luv and Dynamite? Or are you among those seeking solace in Serendipity and Magic shop? Well, you can be either of them or both. But we can all agree on one thing. Certainly, these Bangtan Boys surely know how to lift our spirits. The best thing about this band is that they promote self-love above all. That is the constant reminder we need in today’s world.

From 2 cool 4 Skool back in 2013 to Boy in Luv in 2014. Wings and Fake love to Map of the soul. And currently, from Butter to Permission to dance, the journey has been long and hard. And now we are about to watch the entire timeline roll before our eyes all at once. How so? We need ‘Proof,’ and we are about to get one.

Who is The BTS?

BTS, or Bangtan Sonyeondan in Korean, is a famous South Korean all-boys band founded in 2010. The band consists of seven members: Jin, J Hope, RM, Suga, Jimin, V, and Jungkook. Furthermore, the septet recorded its debut quite recently in 2013 with Big Hit Entertainment.

Over the years BTS has made a reputation around the world through its distinct song themes. The boys, however, plan on touching our hearts by voicing out the modern problems of today’s youth. Troubles of adolescents, mental health, adulting, and other psychological issues, this band comes up with an easy solution;  self-love.

Peek into the band’s career

We have countless memories of the seven boys. And certainly, we will get a little nostalgic when we go down memory lane to look at their achievements.

Back in 2015, we found that ‘The Most Beautiful Moment in Life pt 2’ had made it to the chart at number 171. And that marked their journey to reach the zenith of success. Recently we had ‘Map of the soul: 7’ standing tall at no. 1 in the chart.

We all have witnessed this iconic win at the 2016 Melon Music Awards. When they heard of their win, the boys’ genuine shock had us beaming with joy.

This tour sold out in minutes and BTS had a second chance to reach out to the world physically. The stadiums had people going gaga over the handsome chaps.

The band had captured the western market by this time. Above all, the boys hold a record for Most Weeks at No. 1 in the Top Social Artist Award, even beating Justin Bieber. BTS once again shook the American tv with their DNA at the AMA.

The K- pop stars were invited to speak at the UN. We certainly know what a big honor this is. This is where they spoke about their unique song genre and how it is helping the youth of today.

Sadly, they were not nominated for the GRAMMY award. But that’s not the end. We can indefinitely say that the K-pop jewels stole that night’s show with their phenomenal performance. We all know that a Grammys’ stage is exclusively reserved for its nominees. But it seems that BTS broke the convention that night.

Their contribution to the society for a better cause

Firstly, J Hope had donated 100million to ChildFund Korea for helping the children of Tanzania, East Africa. Secondly, we all know about Big Hit’s generous donation of $1 million to the organization in June 2020. “We are moved by the generosity of BTS and allies all over the world who stand in solidarity in the fight for Black lives.” Kaylee Scales, managing director of Black lives matter, said.

Thirdly, they took to Twitter to raise their voice against racist attacks on Asians and other ethnic groups. In fact, BTS has faced harassment earlier being Asians.

We know about their partnership with UNICEF for promoting ‘Love myself’, an anti-violence campaign.

Meanwhile, We have read about their contribution of 100 million to the Seoul Samsun school. They did this for music education for the hearing impaired students.

On May 4th, BTS announced that their upcoming album Proof is an anthology album. ‘Proof’ is all set to stream globally on June 10th at midnight. But what is it about? We have the answer. ARMY brace yourself for you are about to go on a rollercoaster ride of memories. From what we hear, the tracklist will involve their musical journey right from 2013 to the present, in addition to three new songs.

“The BTS anthology album that embodies the history of BTS will be released as they begin a new chapter as an artist that has been active for nine years to look back on their endeavors” is the statement we hear from the management of Big Hit Music.

While we are still in a haze about the tracklist we can, however, guess a few of their hits there. Like Fake love, Idol, Boy with Luv, Dynamite,  Life goes on, and Butter.

The album was first teased during the evening of the group’s four-night Las Vegas residency in Allegiant stadium. The date “2022.06.10” appeared on the screen with the tagline “We are bulletproof.”

” We look forward to your love and support for BTS’s new album. Thank you”, Big Hit company added at the end.

BTS has always been one of our favorites. Firstly, because of the massive hard work that won them fame at a young age. Secondly, they have touched our hearts with their generosity. And to think we are going to witness their entire journey in one single album? That is something worth the wait.