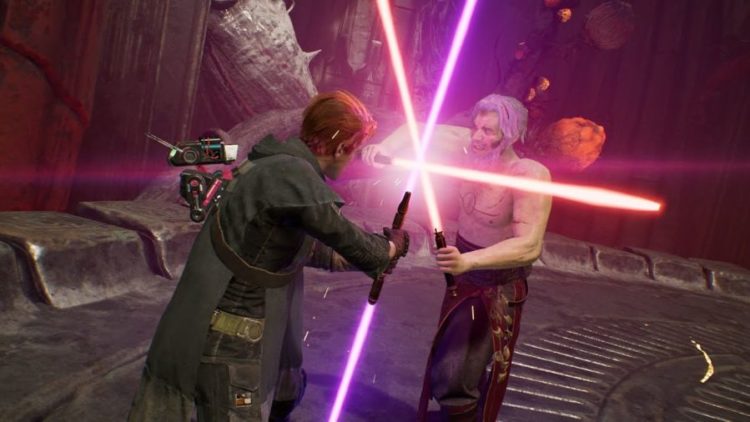 At some point in our lives, we ask important questions. What is the purpose of life? How did it all begin, and how will it end? Perhaps most important of all, which lightsaber is better – the Cal Kestis lightsaber or the Taron Malicos lightsaber?

Inquiring minds want to know, and that’s why we’re here. These two characters hail from the larger Star Wars universe and are part of the intriguing Clone Wars story arc. So keep on reading to learn more about these interesting characters, as well as a history and comparison of their lightsabers.

So just who the heck is Cal Kestis, anyway?

He was a Jedi padawan (a kind of apprentice), for one thing. Kestis served with distinction during the Clone Wars, which was a protracted struggle against separatist forces in the declining days of the “Old Republic.” Unfortunately, these wars were but a prelude to the establishment of the Galactic Empire by means of a very elaborate Sith conspiracy. If you’ve watched the Star Wars prequels, then you know all about it.

Chancellor Palpatine – secretly a Sith Lord – orchestrates a hostile takeover of the benevolent Old Republic and has himself installed as Emperor. He shoots lightning out of his fingers at Samuel L. Jackson and then turns real ugly. But you have to admire the Emperor: he’s crafty and clever, and he outwits his opponents at every turn.

Part of Palpatine’s conspiracy involves wiping out all the Jedi knights and their apprentices (“Order 66“). Nevertheless, a few managed to survive this Jedi pogrom, including Cal Kestis. He went into hiding and disguised himself as a nondescript “rigger” or salvage technician during the early years of the Empire.

But Kestis couldn’t hide for long, and his association with the nearly extinct Jedi was exposed. He was hunted across the galaxy by an Empire bent on eradicating every last Jedi, and this is where Cal Kestis encountered another lightsaber-wielding former Jedi by the name of Taron Malicos.

Description of the Lightsaber

So what does Cal Kestis’ legacy lightsaber look like?

First of all, Cal Kestis possessed two lightsabers over the course of his interesting career. His first lightsaber belonged to his old Jedi Master, Jaro Tapal. Tapal was Kestis’ mentor during the Clone Wars and sacrificed his life to save that of his young padawan when the Jedi were betrayed by the Republic’s clone troopers.

Cal Kestis cherished his old master’s lightsaber throughout his fugitive life as a rigger. But even this important weapon was eventually destroyed on the planet Dathomir, amidst the ravages of a “force vision.”

Which brings us to Cal Kestis’ second lightsaber. This Jedi weapon was assembled from the remaining fragments of Jaro Tapal’s and Cere Junda’s destroyed lightsabers. Cere Junda happened to be another Jedi knight who survived the Jedi Purge, and who later took on the role of an Obi Wan to Cal Kestis’ Luke Skywalker.

It gets even better. The lightsaber used two “kyber” crystals as a power source, and these crystals were obtained by Kestis himself from the Crystal Cave on the planet Ilum. It was also a double-bladed lightsaber but could be used as a traditional, single-bladed lightsaber as well. Best of all, Kestis could split the weapon into two separate lightsabers for extra Jedi action.

The Cal Kestis canon lightsaber color (say that three times fast!) is blue, in the grand tradition of famous Jedi lightsabers. Even so, it’s possible to customize the lightsaber’s kyber crystals to produce any color, including purple, yellow, and everyone’s favorite, cyan.

Cal Kestis had never attained Jedi knighthood, and forging his own unique lightsaber was the last thing he had to do to reach that goal.

This entailed a journey to Ilum, the planet of the kyber crystals that powered all lightsabers. Back in the halcyon days of the Old Republic, young Jedis would make a pilgrimage to the frigid world to retrieve the crystals and construct their lightsabers in a ceremony known as “The Gathering.”

Now, the planet was controlled by the Empire, and you better believe those buzzkills were not keen on reviving any old Jedi festivals. So Cal Kestis had to sneak onto the planet and forge his lightsaber amidst the persecutions of Imperial star destroyers and stormtroopers.

Accompanied only by his friend, the droid BD-1, Cal Kestis persevered, found his crystals, and manufactured a new weapon from the remnants of two old lightsabers. And that is how the famous Cal Kestis lightsaber was born.

Taron Malicos and the Battle on Dathomir

So how does Taron Malicos fit into this picture?

In the waning years of the Old Republic, Taron Malicos was revered as a great Jedi. During the galaxy-wide struggle of the Clone Wars, Malicos distinguished himself as a savvy general and cunning strategist.

Like all the other Jedi officers, Taron Malicos was betrayed by his clone troopers upon the conclusion of the war. Despite their treachery, he managed to escape them alive and sought refuge upon the remote and forbidding planet of Dathomir.

Dathomir was a kind of locus for the Dark Side of the Force, and though Taron Malicos was a good man and a good Jedi, the Dark Side warped him into something unrecognizable.

It was on Dathomir that Cal Kestis encountered Taron Malicos, who twice tried to convert Kestis to the Dark Side. Kestis’ refusal enraged Malicos, and the two crossed blades in an epic lightsaber duel.

The Taron Malicos canon lightsaber color is red, in keeping with those who have turned to the Dark Side. Malicos actually used two lightsabers, but neither availed him very much in the duel, from which Cal Kestis emerge victoriously.

Get in Touch With the Dark Side

It’s pretty obvious that in a head-to-head matchup between the Cal Kestis lightsaber and the Taron Malicos lightsabers, Cal Kestis comes out on top.

So we hope you enjoyed this deep dive into the history of a fascinating lightsaber and how it stacks up against those used by an evil turncoat Jedi. While you’re here, please check out our site for more great gaming, tech, and entertainment news.