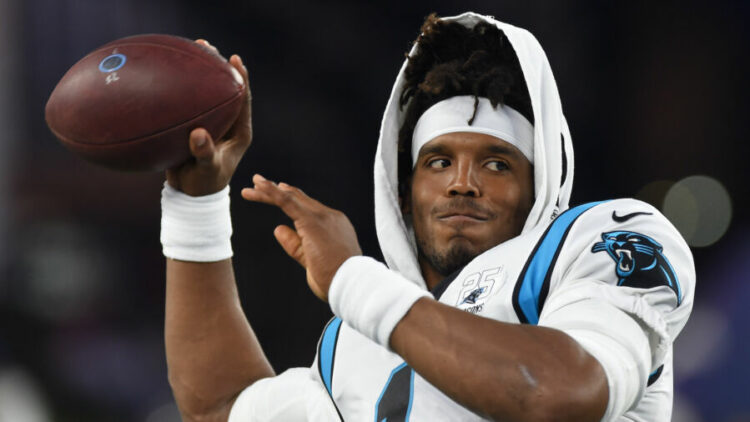 TMZ Sports reported on Tuesday that the lawsuit calls for the reigning NFL MVP to cover legal fees and pay $270,324.47 for damage and lost rent.

The lawsuit was filed by luxury home rental company manager Jared Pobre, who is the husband of former WWE Diva Stacy Keibler.

Per TMZ Sports, Newton “agreed there would be no parties, no smoking and no more than eight guests” allowed in the rental home, but the housekeeper allegedly told Pobre’s company the former Auburn standout was breaking the rules.

Pobre is the manager of a luxury rental company that leased an $11 million Beverly Hills home to Newton for 61 days beginning back in March. The rules of the rental agreement with Newton dictated that there would be no parties and no smoking at the house. Newton also agreed not to have more than eight guests over at any one time, according to TMZ.

Apparently, Newton broke all three of those rules during his two-month stay.

According to the lawsuit, not only did Newton throw multiple parties at the house, but there were cigarette ashes found all over the property. In the lawsuit, Pobre noted that a $32,000 rug was permanently stained during Newton’s stay.

In total, Newton allegedly did roughly $90,000 in damage to the home. According to ESPN, that total includes: destroyed bath towels and linens, damaged toilets and water damage to wood floors, damage to the walls entering the kitchen and stains in the driveway, plus the $32,000 rug.

Newton also suffered a concussion in Carolina’s Week 4 loss to the Atlanta Falcons, and his playing status for Week 5 against the Tampa Bay Buccaneers is uncertain.

“We’re expecting Cam Newton to be held accountable for actions for damages he caused,” Howell said.

Anyway, the lawsuit against Newton makes the one that was filed against Manziel earlier this year look tame by comparison. Manziel was only asked to pay $32,000 after damaging a $4.5 million rental home in the Los Angeles area.