Can Julian Newman Make the NBA? 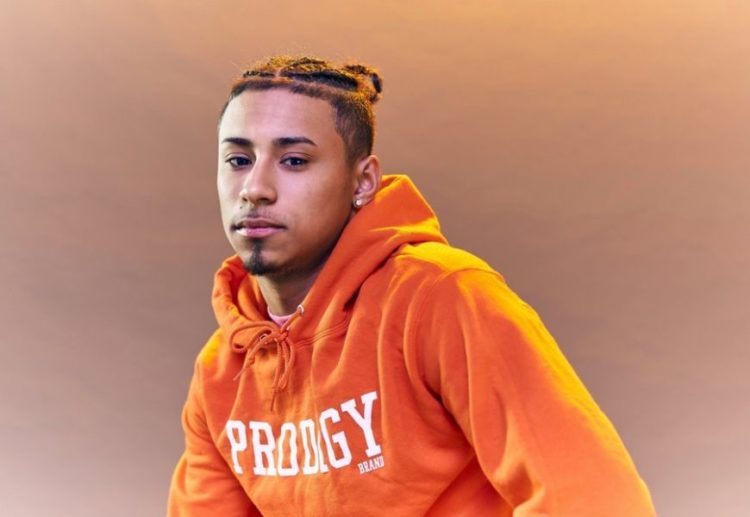 There are very few basketball fans who have not heard the name of Julian Newman, the child basketball prodigy. In fact, many of them also regarded him as the next upcoming NBA Superstar. This is because he had started playing basketball, right from when he could hold a ball. Therefore, within a few years, he could play like a professional.

It was not surprising when he would play for the varsity team Prodigy Prep only in the 5th grade. This is why many people thought he would easily make the NBA. So can Julian Newman make the NBA? Many of our readers are already eager to know the answer to this question. Well, you need not worry as we will discuss all the relevant aspects that would help you find the answer to this question. Stay with us until the end if you want to find it out by yourself. Let us dig in!

Who is Julian Newman?

Since you are reading this article, it is evident that you are an ardent fan of Julian Newman. Well, you are at the right place as we will share with you all the relevant details if Julian Newman has a chance of reaching the NBA or not. At the same time, we will throw light on some of the significant aspects of Julian Newman’s professional career. Now let us have a look!

As we mentioned earlier, Julian Newman started playing basketball as a kid. In fact, he used to play so well that people referred to him as a child prodigy. Especially his dribbling skills and shooting the basketball from a far distance at a very young age was better than most adult players. Moreover, he also made several appearances on different News Stations and Tonight Shows. Julian became a sensation in this field for his amazing skills. In these shows, he showcased his talent and gave the world a taste of his unbelievable skills.

Played Varsity at a Tender Age

From the age of 11, Julian Newman started playing varsity basketball, so you can well understand that he was nothing but a child prodigy. In fact, he was also able to average an impressive 12.2 points and 10.5 assists per game. These numbers are impressive since he was playing with kids much taller and older than him.

In fact, Newman was almost always the shortest person on the court. With a height of just 5’7”, his game could outrun many adult champions. Despite this shortcoming, Newman has seen a great deal of success on the basketball court. At the same time, he has made considerable improvements in his game as he has become older.

By now, you must have already come across the fact that even though Newman does not have a great height, he is one of the youngest basketball players to play varsity at such a young age. However, when he was officially in high school, his points started to increase while his assists decreased. Later on, Julian would gain even more popularity from his basketball highlight tape on YouTube. Needless to say, it had received millions of views within a very short period.

His YouTube videos on basketball also made him a sensation among the youth to a great extent. Needless to say, Newman received national attention for the better part of his life, both on and off the court. Moreover, his family also has a reality show, Hello Newmans, which premiered in 2019. The show is mainly about him and his sister Jaden Newman and the rest of his family.

At the same time, Newman also has his sports apparel brand, which he calls Prodigy. So you can well understand that all these things have already made Julian Newman an international star, both as a person and as a player.

What are the Controversies Centering Him?

As per the news, Julian Newman has received quite a bit of negative attention in the past year. This is mainly because many of his fans believed he had lied about his college and professional offers. In fact, in an interview, Julian’s father, Jamie, had stated that Julian had 15D1 offers. He was also planning to play overseas next year. According to Julian’s father, Newman wanted to do this to help him prepare better for the draft.

As per his father’s views, Newman was most likely to play in Australia, Italy, Germany, China, and others. In fact, a few weeks later, Julian himself also stated the same in an interview. However, some people suspected that Jamie was lying. According to them, the real reason Newman was playing overseas was that he had no D1 offers. Later on, Newman also contradicted both his statements and his father’s, which gave rise to even more suspicion among the basketball community.

There is no indication if Newman is signing for an overseas team or not. We are yet to see what happens in the future.

If you have a rough idea about the requisites of a basketball game, you will know that height is of prime importance for a player to have a successful career in the game. Therefore, being tall is a must to increase the chances of making it into the league. Especially those aspiring to play in the NBA need to have a great height.

Since Julian Newman’s height is not enough for a basketball player, we cannot say if he will make it to NBA Draft. As of now, there are no reports of Julian joining the NBA Draft. In fact, a few months back, we also heard his father, Jamie, saying on the hit SHow Hellow Newman having offers from Japan, Spain, and even the G-League.

This is probably is a significant stretch to keep Julian in talks. So to keep Julian in talks and avoid exploiting his talents as being truly unsigned or picked up by any team. However, do not get disheartened, as hopes are still there. Since many of the players who played for the NBA without playing college basketball and played well in the League, you can well expect Julian Newman to play here someday.

So as we conclude, we can say that Julian Newman is one of the child prodigies who is doing extremely well as a basketball player. Even though he doe not has the requisite height of a basketball player, we hope to see him someday in the NBA Draft.