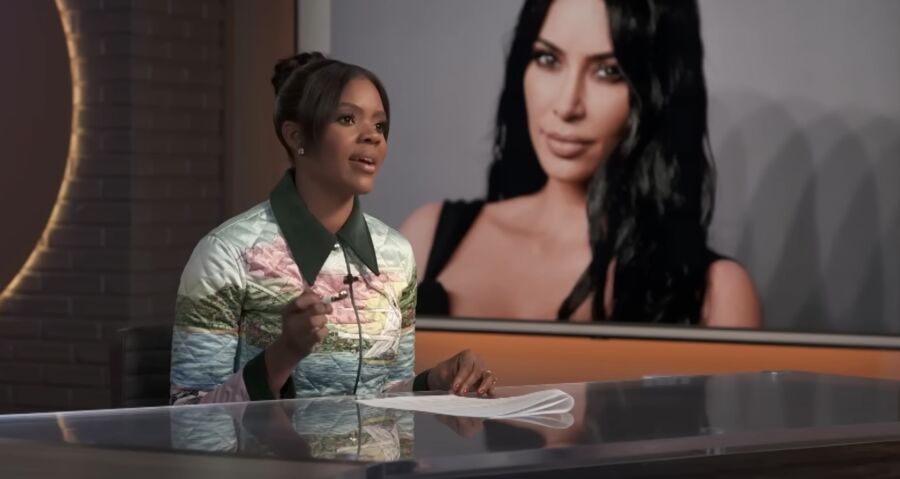 Kim Kardashian depicts Whitney Houston as an “old hag”. Thus, it has obviously sparked controversy and seized media attention. We usually know Candace Owens for her political views and conservative stance. However, recently she has been targeting the entertainment industry. Last week, she and Kanye West throbbed across the internet. They stood side by side dressed in “White Lives Matter” t-shirts.

Now Candace’s latest viral moment deals with Kanye’s ex-wife, Kim Kardashian. Owens has managed to get access to this old voicemail in which Kim slams her former boyfriend, Ray J, and ridicules him about dating singer Whitney Houston.

The voicemail of Kim Kardashian

We all know Kim to be a positive influencer for the most part in today’s society. However, she has had many controversy-densed relationships over the past years. Now, indeed, a shocking audio recording is being leaked by Candace Owens on episode 10 of her podcast. Kim can be heard trash-talking late singer Whitney Houston.

In fact, during this clip, she is calling Whitney a crackhead and she is also yelling at Ray J. The voicemail is apparently years old. However Candace states that she felt the need to throw light on the scenario and release it for the world to listen to.

Owens felt compelled to share it with her audience. In fact, expressing her opinions on Kim K, she says Kim only uses black men to move a notch up when it comes to her career.

Candace does not reveal where she got the audio clip from

Only very recently did Kanye West attack the Kardashians as “liars” and “kidnappers”. Indeed, now his newfound associate, Candace Owens is taking a dig at Kim. Owens has leaked a jarring audio recording/voicemail of the SKIMS founder on the tenth episode of her podcast. In the audio, the world hears Kim calling the late singer Whitney Houston a “crackhead”.

However, Candace is never disclosing how she got this audio. She says very smartly that it just landed on her lap. Candace can also be heard saying how Kim exploits black men to strike a greater chord in her career before “leaving them in the dust”. The whole thing is damning. Indeed, Owens is of course alluding to Kim’s decade-old sex tape with Ray J.

Candace is caustic when it comes to Kim Kardashian

She unsparingly defames Kim K. In fact, Owens uses the word “nasty” for Kim. She goes on to say, “It is the opposite version of the Kim Kardashian that your kids have been following.” In fact, Owens also claims that the recording is just a fragment and the full mess or recording is yet to be released. Candace also says that Kim Kardashian is yelling at Ray J because her then-boyfriend was dating Whitney and gaining more popularity than Kim. Candace concludes that Kim is “not the innocent person she claims to be.”

Candace Owens is not moving her attention away from Kim anytime soon. Candace has supported Ye in his personal matters against the Kardashians. She has insulted Kim Kardashian earlier too. On her podcast “Daily Wire” she has labelled Kim Kardashian and Kris Jenner as a “prostitute” and a “pimp”.

While Kim’s ugly se**x-tape controversy is not unknown to us, Candace has very often overstepped the mark by telling things, too unacceptable, about others. She has been targeting Kim Kardashian since a while now.