Who is Candace Owens? The Truth About Controversy About Her Book 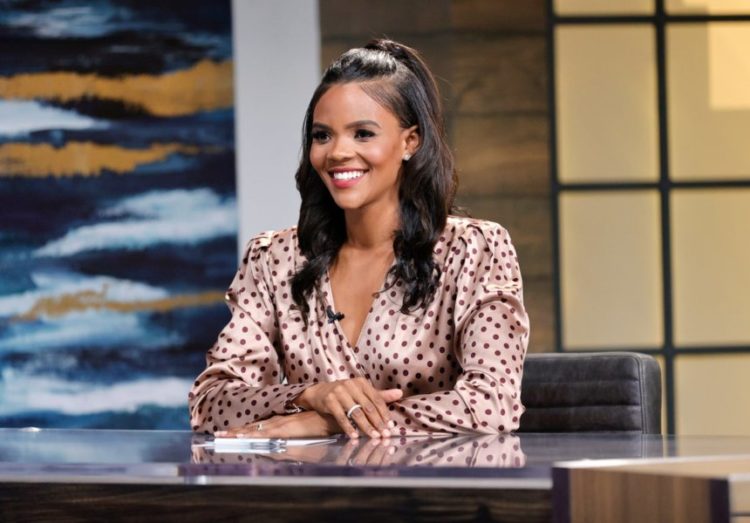 Candace Owens is a well-known conservative author and political commentator. During the presidency of Donald Trump, she was critical of him and his Republican Party at first. But later her name became associated with pro-Trump activism as a black woman. Also, she criticised Black Lives Matter and the Democratic Party. Currently, she is hosting Candace, a political podcast. She is thirty-two years old now.

Recently she took issue with American Booksellers association CEO Allison Hill for calling her book racist. But her comments have created a flood of backlash from Twitter users. They have shared that Candace Owens cannot talk about racism because she believes that racism does not exist in the United States. Therefore this is the reason for the controversy. Find out all the details about Candace Owens here.

Who is Candace Owens?

Candace Owens was born in Stamford, Connecticut on April 29, 1989. She grew up with her grandparents. She studied at Stamford High School. In 2007 while she was in school she shared that she received death threats voicemail from her white classmates. The superintendent of the school listened to the messages and said that it was horrendous.

So Owen’s family sued the Stamford Board of Education and received a $37,500 settlement in 2008 as the city did not protect her rights. Then Owens did her undergraduate degree in journalism. But she dropped out of school because of some problems with her student loan. Then she worked as an intern for Vogue New York.

In 2015 Candace Owens became the CEO of Degree180. It is a marketing agency that provides consultation and planning services. The website also contains a blog maintained by Owens. Also, she cracked jokes about Trump and the Republican Party in the blog. Then in 2016, she launched SocialAutopsy.com. Through this site, she said that she will help people to find out the identity of cyber bullies.

Her site will be able to track the digital footprint of the bullies. But many people found that this idea may be dangerous as it can easily invade other people’s privacy. Many progressives, as well as the conservatives, condemned the site. Also after this incident, Owens became a conservative because she said that liberals were the actual bullies and trolls. But the creation of Social Autopsy never worked out.

Further her podcast called Candace premiered on March 19, 2021, and she was excited about it. After joining the Daily Wire she moved to Nashville. Then she tweeted about her decision to run for President in 2024.

You may also like: Isabel Wilkerson Bio, Family, Books and Net Worth

Before 2015 Owens said that she was not interested in politics. But she identified herself as a liberal previously. Then from 2017, Candace Owens started to describe herself as a Trump supporter. She also called him the saviour of Western civilization.

Further, Owens criticised the Black Lives Movement and described the protestors as a bunch of whiny toddlers. She said that African Americans have the victim mentality. Then she also opposes abortion as she believes it is a tool used to kill black babies. She even claimed that the American election was rigged.

During the George Floyd protests, Owens claimed falsely that George Soros gave money to people to protest against the murder of George Floyd. Then she also argued that George Floyd was not a good person. Further at the time of the Covid 19 pandemic, she underplayed the effects of it. Later she also was not willing to put on the vaccine too.

Candace Owens’ book also led to controversy. The title of the book is Blackout: How Black America Can Make Its Second Escape from the Democrat Plantation. She shared that Allison Hill stopped recommending her book after knowing who wrote it. Also, she said that the CEO accused the book of being racist. Therefore she is demanding an apology from the CEO for this matter.

Many Twitter users pinpointed the previous comments of Owens. Previously she has shared that racism does not exist in America and some of the things that Black people say are not racist. But she cannot digest the matter of her being labelled as racist by the CEO. Many people mocked her ideologies and her comments.

The Net Worth of Candace Owens

Many netizens are interested to know about Candace Owens net worth. According to the sources her net worth is $1 million. Her main income comes from her Candace podcasts. Also, she has worked as a communications director from 2017 to 2019. She is active on both Twitter and Instagram and shares her views freely.

She wears many hats because she is a political commentator, talk show host, conservative author and more. In the future, she may even make more money.

In 2019 Owens became engaged to George Farmer. They knew each other only for three weeks. But they fell in love instantly. Her husband is an Englishman and he worked as a former chairman of Turning Point UK. They got married at Trump Winery in Charlottesville, Virginia. In 2021 Candace gave birth to a boy. Owens and her husband are very much alike. She has shared that they share the same views and also the same sense of humour. From time to time she writes good tributes to her husband.

She revealed that the love her husband shows her has humbled her in many ways. Also, she only has one regret in her marriage and that is she did not marry him sooner. Owens wrote about her child too on Instagram. She penned that the whole world stops when a child is born. There is also a cute snap of the infant on her Instagram page.

Candace Amber Owens Farmer is one of the controversial figures in America. She has shared many comments that have received backlash from the public. That is why many netizens are curious about her. But still, she also has supporters who like her critique of society and politics.

You may also like: JK Rowling Biography, Books and Life Story