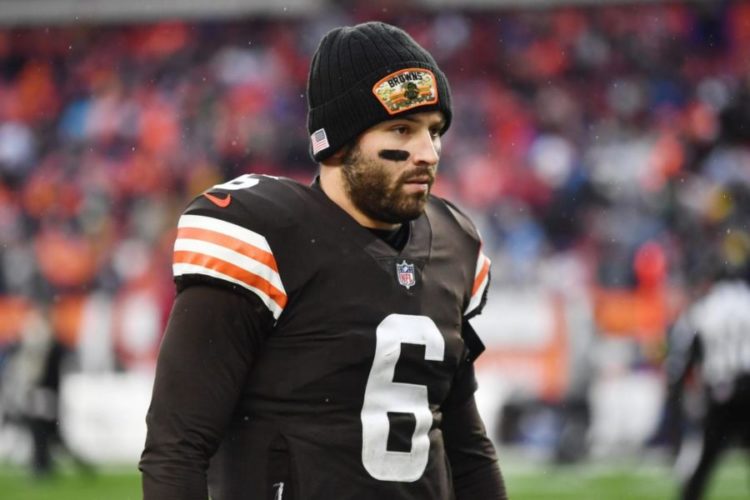 We know that the Carolina Panthers are a professional American football team. They compete in the NFL. In fact, they have won the Conference Championship twice. Moreover, they are also six times division champions. However, they are yet to win their first League Championship title. But that does not take the glory away from them. In fact, the Carolina Panthers have three of their ex-players inducted into the  Pro Football Hall of Fame.

However, recently the Carolina Panthers came into the limelight due to their chase after Baker Mayfield of the Cleveland Browns. Mayfield’s contract will expire this fall. He will also have a highly expensive fifth-year option with the Browns. The Panthers have already drafted Matt Corral out of Ole Miss.

In addition they have also traded for Sam Darnold. But they are still continuing their pursuit of Mayfield. Read the article to know more about the issue.

Before the Browns drafted Mayfield, he was in a sensational touch for the University of Oklahoma. In fact, in 2017, Mayfield won the Heisman Trophy. It is true that he did not have the right physical attributes that are needed to be an NFL star. However, his performance and personality outdid his physical shortcomings.

However, the Browns quickly threw him out of favor due to his poor performance. Especially the fourth season for him went horribly wrong. However, he still takes the field for the Browns mostly due to that expensive fourth-year option. The Browns would have liked to offload him. Here the Carolina Panthers are trying to melt the ice. It seems that David Tepper is determined to sign him at any cost.

We are aware of what quality of game Mayfield can bring into a team. Even in his bad patch, he is good enough to start for any team. In fact, he might stay with the Browns, given their turmoil over Deshaun Watson. However, it might be that he ends up leaving the Browns and joining the Carolina Panthers. The future remains undecided as yet.

However, the main concern is his injury. Therefore it remains to be seen whether he is able to bounce back from a season, plagued by injury. If he succeeds in getting back his magical touch, then he can turn into an asset for any team. Therefore if the Carolina Panthers finally sign Mayfield, they have to do a lot more work on him become the season kicks off.

Therefore it seems that the Carolina Panthers are eager to get the sign of Mayfield. In fact, Mayfield’s recent slip from form has not affected the. However, as the situation stands, nothing is certain about Mayfield. The Browns are already facing a lot about the Deshaun Watson issue. Therefore, they might not want to trade Mayfield.

However, given the recent form of Mayfield, the Browns may allow him to leave. All these are in fact, assumptions. The best answer will be provided by time. Therefore, let us wait to see if the Carolina Panthers succeed in getting their prime target.

The Best Canadian Players Taking Part in The NFL