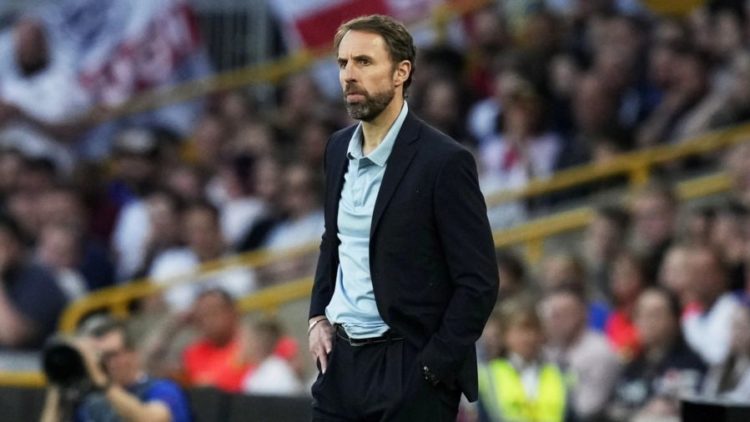 Piers Morgan is now a famous broadcaster. In fact, there are a few people who do not know him. However recently he seemed greatly frustrated with England’s performance at the 2022 UEFA Nations League. In fact, he has good reason for his frustration.

Recently the ‘Three Lions’ faced a crushing 4-0 loss against Hungary. This is a result that none really expected. In fact, the fans have also criticised Southgate for such a poor show of football. The fans chanted that Southgate doesn’t know what he is doing. Piers Morgan also joined his voice with the fans in criticising Southgate and his team. Read the article to know more about the issue.

The English football tea, led by Southgate faced a crushing 4-0 defeat at the hands of Hungary.

In fact, when the third goal went in in the 80th minute, the fans started booing the team. After the defeat, Southgate faced a lot of criticism for his decision to send in Harry Maguire in place of forward Bukayo Saka. However, this decision came when England was already down 3-0.

This disappointing result of the English team has received strong criticism from around the world. In fact, Piers Morgan was one of the first to tweet his criticism. He took to Twitter to vent out his frustration at Southgate and his team. In the tweet, he told that he cannot understand “what the hell’s going on” with Southgate. He also blasted the team for the devastating loss. Gary Lineker also took to Twitter to state that he will be watching cricket, rather than football. Later he also added that England should adopt the playing style of Liverpool. However, soon enough he stated that he has “never been a coach”. However, Piers Morgan was straight on in criticism.

The English team faced a shocking loss. However, captain Harry Kane came out in support of Southgate. He said that the manager’s career is not under question. He further added that Southgate has transferred the team into the best English team in the last 50 years. He admitted that the loss is disappointing for the fans. But he also advised looking at the bigger picture.

Kane seems to be on the opposite side of Piers Morgan. He further claimed that this loss has been the lowest point in the last 5 years and they have to build on it from here.

Piers Morgan’s criticism might seem harsh. But it is also true. The English team performed miserably in the game against Hungary. In fact, they looked lost. Moreover, Southgate’s decisions were also strange. Therefore, it is natural for the fans to be disappointed. Piers Morgan seems to be the voice of those disappointed fans.

However, Kane’s arguments also seem logical. Southgate has really worked hard with the team and has transformed it. But to make a greater impact in the world football needs something more. Against Hungary England seemed to miss that magical touch. However, fans like Piers Morgan are dedicated and therefore they want the team to perform well. That might have occasioned the reaction.

Also Read: A Flurry Of Memes & Tweets on Lightning Complete Series Come Back Vs Rangers