Carrie Fisher Or Harrison Ford: Who Has A Greater Net Worth? 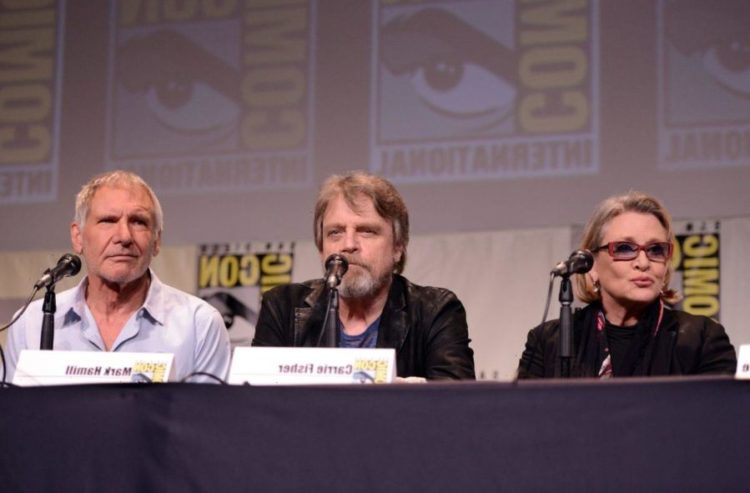 If you are a fan of Star Wars, you will indeed remember the famous character of Han Solo and Princess Leia. Yes, you guessed it right, we are talking about the famous stars Carrie Fisher vs Harrison Ford. In fact, they became superstars due to their role in Star Wars. Ford won our hearts with his role as a smuggler Han Solo while Fisher became an inspiration to many women with her role as Princess Leia.

However, outside Star Wars, these celebrities have very different careers. This also creates a difference in their net worth. It is not surprising that they would have a pretty good source of income since they belong to the category of popular stars in the Hollywood film industry. So would you like to know more about who exceeds whom when it comes to their net worth? Here is what we know!

Even though these personalities are highly popular in the showbiz industry, we will share some significant details about their lives. Firstly let us discuss the famous American actress Carrie Fisher. On October 21st, 1956, she was born in Burbank, California, in the United States. Therefore, she was only 60 years old when she died.

Apart from being one of the popular actresses in the showbiz industry, she was also a writer, script doctor, and mental health activist. She wrote several semi-autobiographical novels. This includes Postcards from the Edge, an autobiographical one-woman play, and its non-fiction book, Wishful Drinking.

The actress stepped into the film industry with her debut film in 1975, the comedy movie Shampoo. She was just 17 years old at that time. After that, in 1977, Fisher starred as Princess Leia in George Lucas’ science-fiction film Star Wars alongside Mark Hamil and Harrison Ford.

Even though she was not much close to her fellow actors at that time, they bonded after the film’s commercial success.

The actress reprised her role as Princess Leia in The Empire Strikes Back in 1980 and all Star Wars films after that. Fisher had completed filming her role as Leia in Star Wars: The Last Jedi in 2017, shortly before her death. Needless to say, she has received numerous awards and recognitions for her terrific performances in several hit projects. In 2018 she received a posthumous Grammy Award for Best Spoken Word Album.

Who is Harrison Ford? Check Out Some Interesting Details

There are very few people who haven’t watched any of Harrison Ford’s films. In fact, Ford is the seventh-highest-grossing actor in North America. On July 13th, 1942, the American actor was born in Chicago, Illinois. Therefore, he is presently 79 years old.

As per the sources, his films have grossed more than $5.4 billion in North America and more than 9.3 billion worldwide. Other than acting in Star Wars films, we also remember him as Indiana Jones.

At the same time, the actor has received various prestigious awards and accolades in his lifetime. This includes the AFI Life Achievement Award and the Cecil B. DeMille Awards. In addition, he also got nominations for an Academy Award and four Golden Globe Awards. Also, he has acted in films belonging to varied genres. Therefore, we can indeed call him a versatile actor. This also explains his massive net worth.

Many of you already know that Fisher was born to Hollywood royalty as she was the daughter of Debbie Reynolds, who was the star of Singin’ in the Rain. So right from her childhood days, she has remained in the limelight because of her mother.

In fact, her first role came in 1975 with Shampoo. However, her role as Princess Leia in Star Wars gave her international exposure. It was a box office smash. All those who have watched Star Wars will know that Fisher played Leia in the original trilogy and Disney’s sequel trilogy.

On the other hand, just like Fisher, Ford started his acting career with many small roles in several movies and TV shows. His role in American Graffiti which happened to be directed by Star Wars creator George Lucas made him immensely famous. So it was after that Lucas cast him as Han Solo in Star Wars and the rest is history. Even though Ford received only $10,000 for the first movie, he made millions for his role as Han Solo.

Harrison Ford Exceeds Carrie Fisher in Terms of Net Worth

As per the data from Celebrity Net Worth, Harrison Ford has amassed a net worth of $300 million in his long acting career. However, if we compare Fisher’s and Ford’s net worth, Fisher’s was a lot lower at her death. But it was still an impressive $25 million.

Furthermore, Ford has more or less the highest net worth of any Star Wars actor. In fact, the only actor who comes close to him in this respect is Samuel L. Jackson, with $250 million. Also, Jackson played Mace Windu in the prequel trilogy; however, he has an extensive filmography with many high-profile roles. However, if we talk about Carrie Fisher, she has not been a part of several blockbusters other than Star Wars movies, unlike Ford and Jackson.

Let’s Look At How Ford & Fisher Created Their Net Worth

As we said earlier, Star Wars has contributed massively to building the net worths of both Ford and Fisher. However, if we talk about Harrison Ford, he has been a part of several hit projects, notably the Indiana Jones franchise. This has also helped him earn millions, and he is continuing to reprise the role.

Besides that, Ford has also been a part of movies like Blade Runner, Patriot Games, Air Force One, The Fugitive, Apocalypse Now, etc. In comparison, Fisher has made the most of her income by acting in the movies of the Star Wars franchise. However, she also acted in films like The Blues Brother, Hannah and Her Sisters, Drop Dead Fred, When Harry Mey Sally, etc. Also, she was a successful screenplay writer, which helped her increase her net worth to a great extent.

So as we conclude, we can say that both Carrie Fisher and Harrison Ford are some of the most versatile actors in the Hollywood film industry. Over the years, their performances have entertained us. Even though Fisher’s sudden death due to cardiac arrest left all her fans speechless, we can never forget her contribution as an actress.

At the same time, Ford’s performances as Han Solo, Indiana Jones, and several others will remain forever etched in our memory. So if you are a fan of their movies, you can go through the article to learn some of the significant details about the celebrities.

Also Read: What Did Bobby Brown State on His Late Wife Whitney Houston?