What Did Bobby Brown State on His Late Wife Whitney Houston? 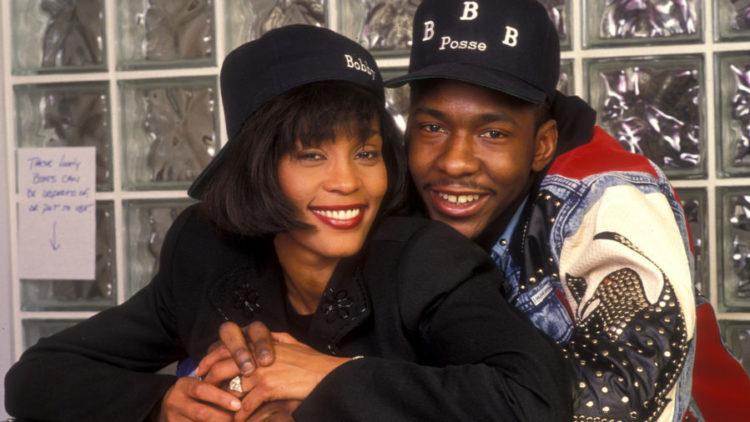 We have all mourned the untimely death of “The Voice” Yes, she was none other than Whitney Houston, the famous American singer. Celebrity demise is a part and parcel of our lives; everyone who comes has to go. But we are still not okay with them leaving their ardent fans forever. Our minds are very irrational when it comes to losing the people we look up to.

But what if someone who is dead coming into our dreams? What if they speak to us and instruct us to do things? We don’t know what to think. Besides, are these things even true? We can’t be sure.

Who is Bobby Brown?

Born on February 5, 1969, Robert Berisford Brown is an American singer, songwriter, and dancer. Furthermore, we know that he and Teddy Riley are one of the pioneers of New Jack Swing. You must know that Bobby began his journey as an R&B pop artist in New Edition. In fact, he worked with them from 1978 to 1985. In addition, we all know that he was married to the famous American singer, the now late Whitney Housten.

Let’s look at some of his masterpieces. They are – Don’t be cruel(1988). We must have heard of the song although it is a little before our time. Besides, we know the song has spawned five Billboard top 100 top ten singles. Next, we have My prerogative and one for which we got the Grammy award; Every little step.

We all are familiar with who ” The Voice” is. Yes, she is none other than Whitney Houston. She was born on August 9, 1963. We all know that her phenomenal voice was the reason she was the best-selling record artist of all time. All of us have at one point obsessed over her hits. In addition, we see that she stood seven times on the Billboard Hot 100 for her singles.

You all will not be surprised when you know that she won two Emmy awards and 6 Grammys. Furthermore, we are in awe to know that she won 16 Billboard music awards. Let’s look at some of her hits. They are – saving all my love for you, Where do broken hearts go, I’m your baby tonight. Also, there are All the men that I need, I will always love you, and many more.

We are surprised to know that we can see her star in films like The Bodyguard. Furthermore, we are thrilled to see that she was the first black lady to appear on the cover of ” Seventeen.”

But our hearts were shattered when we heard of her sudden demise on February 11, 2012. We hear that she was drowned in a bathtub in Beverly Hilton under the heavy influence of drugs.

How did Whitney Houston die?

We are finding it hard to accept that she is no more. Although we hear how she was into too much cocaine, our hearts are wretched. But we also love how her ex-husband Bobby Brown still adores her. “We had made our beds and had to lie in them. We always felt that our love was strong enough to overcome any obstacles put in front of us.”

Furthermore, we can hear the pop star lamenting, “We would still be together if it wasn’t for the drugs. Drugs got the best of us.”

After the death of Houston, we can see that Brown was living alone with Bobbi Kristina, their daughter. But we are going to find a spine-chilling co-incident here.   Firstly, We see that Bobbi Kristina, just like her mother, was saved by people while drowning in the bathtub. Secondly, we see that this incident took place just three years after the singer’s death. Unlucky 3 much? We don’t know. In addition, she died a few months later from the incident.

A few years later, from the incident, we are horrified that Brown says that he had heard Houston speaking to him. Bobbi Kristina as we know never recovered after she was found drowning face down in the tub. Brown says that he decided for her daughter on the order of late Houston.

He tells the reporters, “They told me she would not live a normal life.” “I was prepared to take care of her for the rest of my life, being a vegetable. But my daughter would not like to live like that.”

“Whitney came to me in my dreams and said, ‘let my baby go!’ And that is what I had to do.” We can see that Bobby moved the 22-year-old Kristina into hospice care on June 26.

A Father’s Lament has Touched Our Hearts

We, his fans, are seeing him lamenting his loss and it is breaking our hearts. “Being her father meant everything to me. To know how special she was can only be seen through love.”

We can also hear him saying to the media, “My daughter is with me every day. She is one of my angels.”

We are with you Bobby Brown and we will always see you as a successful artist, and a good husband. In addition, we will also respect you as a loving and caring father. Besides, we, your fans, know the person you are. Good things happen to good people.

We all have heard of ghosts and thought that we had heard voices. But something like this coming from a public figure is quite disturbing. Firstly, because we don’t know how to believe it, we can see that he might have been hallucinating. But what if all this is true? We can never tell that.