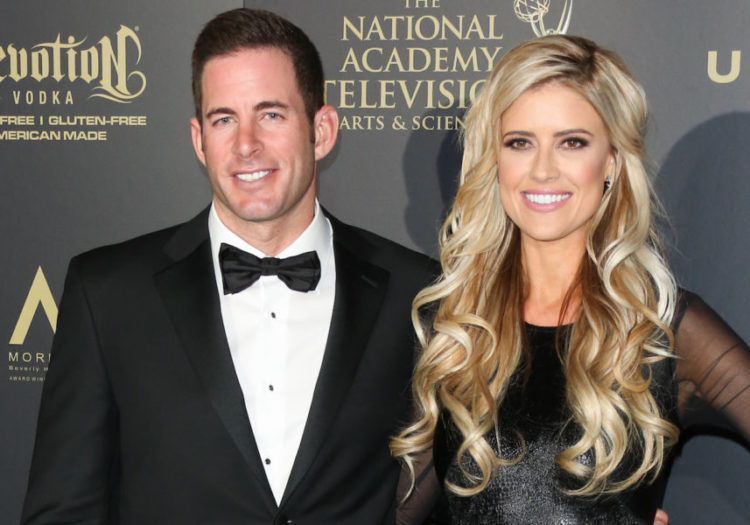 Are you a fan of the popular HGTV show Flip or Flop? If your answer is Yes, you must have indeed heard the names Tarek El Moussa and his ex-wife Christina Haack, right? Needless to say, the celebrity couple has become pretty famous after co-hosting this show. Previously, they were involved in the real estate business; however, their shift to television brought them more success. However, presently the couple has made the headlines due to their personal lives. The celebrity couple might have opted for a divorce, but they are still in contact with each other because of their children.

As per the sources, both Tarek and Christina continue to do their best co-parenting, especially in front of their kids. But despite their attempts to hush-up everything, they have turned the spotlight towards them.

So are you eager to know about the present gossip centering them? Stay with us until the end, as we will share all the exciting info about the present relationship between Tarek and Christina. Let’s have a look!

Since you are reading this article, it is evident that you are curious to know about the current gossip on these celebrities. Well, you are at the right place as we will share all the details regarding Tarek El Moussa and Christina Haack here. As we mentioned earlier, Tarek El Moussa was previously a real estate investor, but after the 2008 economic crisis, their business suffered a big hit. At that time, he had no choice but to give up their business. So after that, he made appearances as a host on TV shows.

In fact, we know him mainly for the popular show Flip or Flop, which he co-hosted with his ex-wife Christina Haack. On August 21st, 1981, Tarek was born in Long Beach, California, the United States. Therefore, he is presently 40 years old. Tarek belongs to a Lebanese Catholic father and a Belgian mother.

It was in 2009 that he tied the knot with Christina. In fact, the couple had met each other while working at a real estate office. They also share two children together. However, the couple opted for divorce in 2018, and El Moussa started dating actress and real estate agent Heather Rae Young in 2019. They tied the knot in a private ceremony on October 23, 2021.

Who is Tarek’s Ex-Wife Christina Haack?

As we mentioned earlier, Christina Haack, or presently Christina Hall, is an American real estate investor and TV personality. Her appearance as a host in the famous Flip or Flop and her ex-husband Tarek El Moussa gave her immense popularity. She was born on July 9th, 1983, in Anaheim, California, the United States. Therefore, she is presently 38 years old.

The pretty celebrity had spent her childhood days in California itself. In fact, she went to school in Southern California and began working in the real estate industry after completing her studies at San Diego University. After this, she met Tarek El Moussa while the two were real estate agents at Prudential.

After their real estate business suffered a severe loss in 2008, she and her husband stepped into the showbiz industry. So in 2012, Christina and her ex-husband started this show which instantly became popular. Furthermore, in 2018, she announced that she would feature in her spin-off, “Christina on the Coast.” Also, many of you might not know that in 2017, Hall presented at the Daytime Emmys.

In fact, the first episode of season 1 focused on Hall renovating her new post-divorce home. Moreover, the remaining seven episodes focused on her renovating other people’s homes. As per the sources, filming began in the fall of 2018, and the premiere was in 2019. The show’s second season premiered on January 2, 2020, on HGTV.

Why are They in The Headlines?

Many of you might have already come across the news regarding Tarek and Christina. Let us share with you the details. Pretty recently, the Paparazzi spotted El Moussa pulling his wife Heather Rae El Moussa away from his former spouse. Yes, it was at a children’s soccer game. In fact, in one of the photos, the “Flipping 101 With Tarek El Moussa” star appeared to be separated from Joshua, Christina’s present partner, by the kids’ soccer coach. As per the sources, this was a personal matter, and the couples have resolved everything.

Moreover, Christina said in an interview that they are presently focussing on co-parenting as a team moving forward. Therefore, they would avoid all sorts of misunderstandings from cropping up among them.

How is The Relationship Between Tarek & Joshua Hall?

This is one of the questions that many of our readers might have in their minds. Let us discuss it right here. According to an insider, “Tarek and Josh haven’t hung out as buddies and don’t know each other well.” It is not surprising that the real estate agent’s relationship with Christina’s ex-husband will take some time to normalize.

Moreover, Tarek is also quite open-minded as he presently accepts Josh as his children’s stepfather. However, that does not mean he has left all responsibilities to Josh. He is highly protective of his kids and always prefers to put them first.

Furthermore, Tarek continued: “We try to be on the same page as often as possible, but they’re different households.” At the time, the TV host also revealed that he and Joshua only interact with one another on occasions that involve the kids. “[We’re] only around him every once in a while, you know, [at] soccer, and that’s mainly it.” So when they are in any event, they just greet each other casually and have a few group texts going. These statements are enough to show that the couples share a cordial relationship regarding co-parenting.

How is The Relationship Between Christina Haack & Heather Rae Young?

Needless to say, Tarek and Joshua are not the only ones trying to maintain a cordial relationship with their kids, but Christina and Heather, too, are trying their best. In an interview, Heather revealed that she and Christina had developed a system that works bests for the kids. “We co-parent very well together,” she said.

In fact, the mothers also communicate with each other daily. This is mostly about the kids since they are the most important thing in the world. So as long as the kids are happy, they are happy. We can indeed say that within very few couples have we seen such understanding.

Also Read: Who is Antonia Gentry Dating? Details About Her Boyfriend