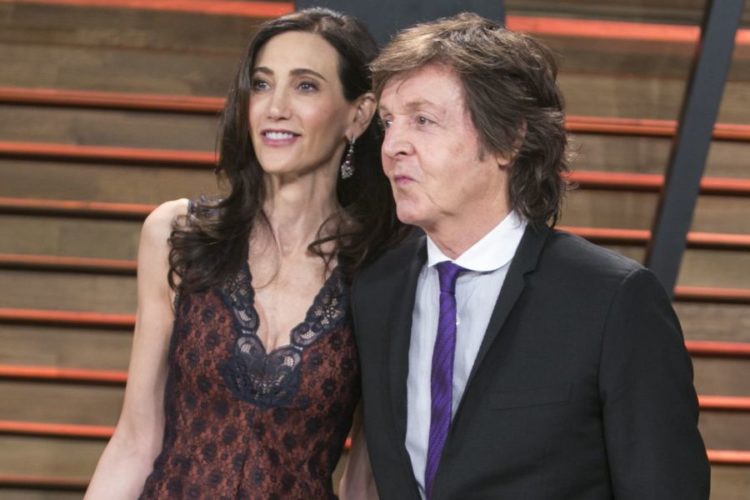 Paul Mccartney is a popular personality because he was one of the beetles. It means that he was part of one of the famous and beloved rock bands. Also, he co-wrote some of the greatest songs titled “Hey Jude,” anyone? But when the fab four split up Mccartney did not stop his musical career. He formed another band Wings. Now at his seventy-nine years, he is showing no signs of slowing down. He dropped an album titled McCartney III and released a book titled The Lyrics: 1956 to the Present.

Despite his popularity, he also knows how to spend time with his family. He manages to keep his life private. The name of his wife is Nancy Shevell. Here you can find all the details of Nancy Shevell and Paul Mccartney.

Who is the wife of Paul Mccartney?

In 2011 Paul McCartney got married to Shevell after dating her for four years. She became his third wife. His first wife was Linda Eastman but she passed away in 1998 from breast cancer. Then he tied the knot with Heather Mills in 2002. But their marriage ended in divorce in 2008.

Who is Paul Mccartney’s first wife?

Mccartney shared in 2008 that he and Linda had an instant attraction the moment they met. Linda Eastman was a photographer and she met Paul at a London nightclub Bag O’ Nails. At that time, he was a heartthrob among the ladies. But he played it cool with Linda. He introduced himself to her eventhough the whole world knew who he was. He asked her “’ My name’s Paul. What’s yours?’”. It felt corny afterward but he shared that this was the moment that brought them closer. Then the pair reconnected in 1968 in New York City and became a couple.

They both got married at Old Marylebone Town Hall in London in 1969. As it was the wedding of Paul Mccartney it drew a lot of public attention. The Photographers swarmed towards the couple as they kissed and it is a popular picture to date. The scene of their wedding looked idyllic but Mccartney later revealed that things were not as rosy as they seemed.

“We had a big argument the night before we got married and it was nearly called off,” Mccartney shared with Barry Miles‘ book Many Years From Now. It seems they were a funky couple but still, they loved each other and their marriage lasted for many years.

Further, his band members did not come to the wedding. At that time the Beetles were not on good terms with each other. Paul Mccartney does not remember now whether he invited his buddies or not. But he thinks that he may not have invited them because he accepts that he was a total bastard. At that time the group was breaking off and they were really pissed off with each other.

There are no details on how Paul Mccartney met Nancy Shevell. It seems they already knew each other because they had houses in Hampton. But they met and romance sparked between them. The person who made it possible is the anchor, Barbara Walters. She is the second cousin of Nancy Shevell. It is a well-known fact that “Barbara was her emotional confidante and played matchmaker”. She arranged many dinner parties for Paul so he could meet women. Although Shevell’s background is not musical she found her true love in one of the members of the Beetle’s.

According to the sources her father owns a Trucking Company. She followed in his footsteps and took on the family business. She served in the Metropolitan Transit Authority.

The engagement between the couple became public in 2011. Mccartney gave her a 1925 Cartier solitaire diamond engagement ring. Then they tied the knot on October 9, 2011, at Old Marylebone Town Hall in London. This venue is special because Paul married Linda his first wife in the same venue.

Who are the children of Paul Mccartney?

Mccartney has five kids. When he married Linda Eastman, he adopted her six-year-old girl named Heather. She was born from Linda’s previous marriage to Joseph Melville. Then Paul and Linda had three kids. The oldest child is photographer Mary McCartney born in 1969. She appeared in the wonderful photo in the album art of McCartney’s 1970 self-titled solo debut. The second child is Stella Mccartney who is a popular eco-conscious fashion designer. The third child is James McCartney who became a musician like his father.

It seems the children had a normal childhood. They did not attract a lot of attention as their father helped them to stay away from the media. They kept their lives private. They did not get huge amounts of money as kids. Their parents were clever. Stella Mccartney shared that she bought clothes and things from second-hand shops.

Then Mccartney had his fifth child with Heather Mills. It is a daughter named Beatrice. She grew up largely away from the spotlight.

Who are the grandchildren of Paul Mccartney?

Further, Mccartney’s second daughter Stella also has children. Their names are James McCartney, Bailey, Beckett, and Reiley. With these many grandchildren, Paul Mccartney has many reasons to be happy. Nancy Shevell has a great relationship with her husband Paul Mccartney. They are one of the best couples in the industry.

You may also read: The Truth About Justin Timberlake and Alisha Wainwright Relationship