The Truth About Justin Timberlake and Alisha Wainwright Relationship 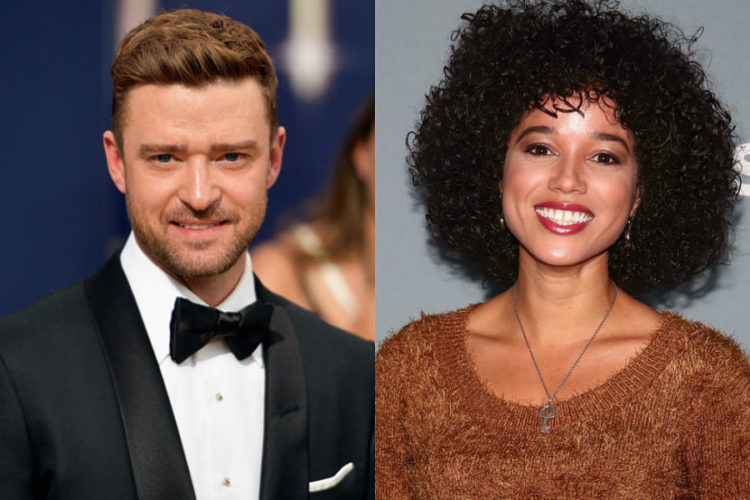 Recently, fans have snapped a video and recorded a video of Justin Timberlake with his co-actress in a film, Alisha Wainwright. Well, the photo contained them in an intimate position. Therefore, fans were quick to gossip about the whole affair. In fact, the fans thought that Justin is probably cheating with his wife Biel. Since it’s not the first time that Justin has become to the news for this type of reason, it was quite a sensible deduction.

Moreover, from the Justin Timberlake Alisha Wainwright photos, we could clearly make some sense about it. However, there’s a proverb that everything that appears as real may not be so. So, what’s the truth about their relationship?

Well, in this article, we will talk about the incident that has happened between Justin Timberlake and Alisha Wainwright. If you wish to know more about them then you are at the right place.

So, we know that it was in the year 2012, on 19th October that Justin and Jessica Biel tied the knots of marriage in Italy. In fact, after dating on and off for five long years they took that decision. So, as we can imagine, it wasn’t a smooth road for them at all. For example, in the year 2011, the couple went their separate ways after dating for 3 and a half years.

One of the friends Timberlake told the media that Justin was dying to be single and have some fun. Even though Jessica was an amazing woman, Justin wanted to enjoy his life being free.

Well, despite the fact that it looked as if Timberlake wasn’t ready for the marriage, he ended up proposing to his current wife Biel in December the same year.

Bachelor Days Are Back? Here’s What Happened on A Steamy Night

In the year 2019, an incident occurred, quite reminiscent of Timberlake’s bachelor days. In other words, people witnessed some shady behavior from the American singer. A group of people circulated some cozy photos and videos of Justin and Alisha Wainwright.

So, in the pictures and the video, we can see the 38-year-old Justin getting super cosy with his Palmer co-star Alisha Wainwright. This has come as a shocker since the American singer and actor has a wife and kids as well.

As per the sources, in the year 2019, Alisha Wainwright and Justin were shooting for the film Palmer. So, that year, the duo spent some time in a New Orleans Bar sometime in November. As per the info, the actor and the actress held each other’s hands. In fact, they were pretty close as well.

Furthermore, from the video, we could see Alisha Wainwright stroking the knees and thighs of her Co-actor Justin. Alisha first touched the knee of singer Justin and then the singer held the hands of her co-actress. Moreover, the atmosphere was absolutely boozy. In other words, they had a drink that night, probably during a break from the shooting. Moreover, it’s worth noting that they played lovers in that movie ‘Palmer’.

As per the sources, Justin was unstable and drank heavily. In fact, he wasn’t even stable on his feet as well. However, the onlookers expressed their shock after seeing the singer holding hands with Alisha Wainwright, his co-actress.

Reaction of an Onlooker

From the Justin Timberlake Alisha Wainwright video, we even pointed out that Justin wasn’t wearing his wedding ring. So, a person in that bar said, “At one stage he grabbed her hand and rested it on his knee. She then gently started stroking his leg…then he clutched her hand with both of his and was playing with her hands.”

So, forming stroking thighs to holding hands, sounds like an extremely steamy moment, isn’t it? Well, on a typical, romantic night, without the wedding ring, all of these certainly point to one thing. So, is there any possibility that the duo has some sort of a relationship? Well, it seems only they know the proper answer to this question.

Justin & Alisha Have Tried to Put an End to The Rumours

From the description of the onlooker, we can certainly get a glimpse of that steamy night. Even though the duo has tried to put an end to the rumors, to the onlookers, it looked so much real. However, the teams of Alisha Wainwright and JT are working around the clock to mitigate the damage a bit. As per the sources, they are just friends and nothing more than that. In fact, the night wasn’t anything serious at all, as per their view. It was just an actor and actress ‘hanging out.’

Of course, the statements do not match the concrete proof that we have gathered from Justin Timberlake Alisha Wainwright’s photos. A lot of people would agree that there were some definite lovey-dovey sparks between the on-screen love interests. However, there’s another possibility that it was a ‘nothing’ affair.

JT has issued a public apology on his Instagram Social media account following the incident with Alisha Wainwright. He has written a long statement about the whole thing and ‘begged’ forgiveness from the fans.

“I stay away from gossip as much as I can, but for my family, I feel it is important to address recent rumors that are hurting the people that I love…a few weeks ago I displayed a strong lapse in judgment…but let me be clear…nothing happened between me and my co-star…I drank way too much that night and I regret my behavior…”

Jessica’s Reaction to The Whole Thing

Well, Justin Timberlake’s wife Jessica isn’t too happy, as one can expect. Currently, the couple has started going to therapy sessions. In fact, Jessica, the wife of JT is still upset with her husband. However, it’s also true that the duo is working on their relationship.

Like any other relationship in the world, there are both good and bad times in the life of JT & Jessica too. Currently, the couple is going through a rough patch. However, no one can deny that they have shared a wonderful time together so and share two children as well. So, they’ll surely overcome this one as well.

Net Worth of JT

Now that we have discussed the whole affair in detail, let’s check out Justin Timberlake’s net worth. As per the sources, JT has managed to acquire 57million US dollars as net worth in his career. Since he is a famous American singer as well as an actor, it makes sense for him to own this much net worth.

Both JT and Alisha Wainwright have publicly apologized for their behavior. In fact, their PR team has also made sure to mitigate some of the damage. A lot of people have also termed the entire thing as a publicity stunt. Well, there are a lot of comments and statements out there. In the end, both JT and Alisha are on good terms. In addition, it seems that everything is well and good now with Justin and his wife Jessica.