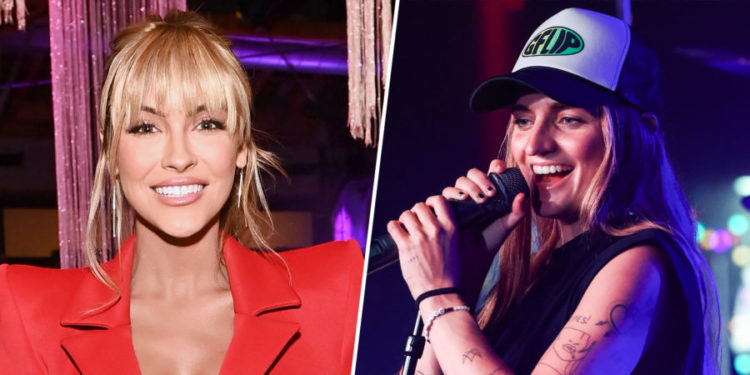 Often we come across much such news in the showbiz world that we hardly expected to hear, right? The first thing in relation to this that comes to our in recent times is Chrishell Stause’s romance with G Flip. Needless to say, when this news became public, we were utterly stirred up as not for once did we expect them to be dating. Probably the Selling Sunset star did not anticipate her sudden change of relationship.

In fact, she also confessed that she herself was equally surprised as anyone else. Nothing much has changed in her life; she is still very attracted to masculine energy and a good human. So would you like to know more about their relationship? Stay with us until the end if you are ardent fans of Chrishell Stause and G Flip, as we will share with you all the exciting details of their relationship here. Let’s get started!

Since you are reading this article, it is evident that you are eager to know more about the celebrities Chrishell Stause and G Flip. Well, you are at the right place as we will share with you all the exciting gossip about them here.

As you know, Chrishell Stause is a famous American actress. On July 21, 1981, she was born in Kentucky, United States. Therefore, she is presently 40 years old. In fact, her fans also know her as Terrina Chrishell Stause or Chrishell Hartley. Apart from being an actress, she is also a real estate agent. Chrishell rose to prominence for her role on the Netflix reality show Selling Sunset. At the same time, her roles as Amanda Dillon on All My Children and Jordan Ridgeway on Days of Our Lives.

On the other hand, G Flip or Georgia Claire Flipo is an Australian singer, songwriter, producer, drummer, and musician. She was born on 22nd September 1994 in Victoria, Australia. Therefore, she is 27 years. G Flip has openly owned up her sexual orientation as a lesbian. In fact, in June 2021, she came out as non-binary on Instagram.

She has been playing drums since the age of nine. G Flip said in an interview that she used to spend more of her days locked up in her bedroom, where she used to write and record. In 2018, they uploaded their debut single, “About You,” and the song was an instant hit. Finally, in May 2022, G Flip revealed that she was in a relationship with the American actress Chrishell Stause.

When Did They Start Seeing Each Other?

The news might surprise the fans; however, the fact that G Flip and Chrishell Stause are dating is indeed true, even though they have a huge age gap that does not curb their love for each other. Also, the fact that Chrishell Stause tied the knot to Justin Hartley in 2017 did not affect their relationship. The couple opted for a divorce in 2019. Stause alleged that Hartley had let her know about the divorce by text only 45 minutes before the media broke the news. Finally, they could finalize the divorce in February 2021.

However, before falling in love with G Flip, Stause had an affair with his Selling Sunset co-star and boss Jason Oppenheim; it was over within a few months. Netflix documented their whirlwind romance on season 5 of the Netflix show. As per the sources, the twosome split when the Oppenheim Group boss decided he didn’t want kids.

Later on, he also regretted his decision in an interview. “Now I have to deal with her being happy with someone else, and I’m probably never going to meet someone like that again,” he said. It was then that she started seeing the Australian musician G Flip.

Have A Look at Who Stause Dated Prior to Her Marriage?

If you are one of Stause’s fans, you will know that before her romance with Oppenheim, Stause was briefly in a relationship with Matthew Morrison. But after their break up, she dated Justin Hartley and tied the knot with him. However, as we mentioned earlier, the star filed for divorce in November 2019. In fact, in her show “This Is Us,” we could see their messy divorce playing out in season 3. Moreover, she also mentioned that through a text message, she came to know that her marriage was over.

Fans noticed Stause’s reaction in an interview where she said, “If that’s really what you wanted, there are better ways to go about [it],” she said in 2020. “I talked to him right after ‘cause I thought that must be a joke, but that was kind of the end of the communication. What am I supposed to say? What do you say after that? It’s like, now I have to find a place to live. Now I have to scramble and figure this out, you know?” These statements show that she had to deal with many things after her divorce.

Many of you who follow Stause on Instagram might have noticed that it was from February 2022 that she started liking G Flip’s posts. The duo had met each other while filming their music video. For this video, they had to collaborate, and the spark was instant.

Gradually Stause started commenting and appreciating G Flip’s posts. This was enough to suggest that something was going on. In March 2022, Stause shared a selfie with G Flip on Instagram. Moreover, an eyewitness told the media that he spotted the celebrity pair at an Oscars afterparty on March 27. They were enjoying themselves instead of interacting much with others.

Finally, in May 2022, Stause made their relationship official through an Instagram post. She confessed that recently she has been spending a lot of time with someone very important to her. She is none other than G Flip. In fact, Stause’s ex Oppenheim also commented, “They seem like a badass, for one. And two, the smile that’s been on your face the last couple [of] minutes makes me very happy. So I’m proud of you.” Even though they might not be together anymore, there is no toxicity between them.

So as we conclude, we can say that both Stause and G Flip had gone through a lot when it came to love and relationships. The couple seems to be head over heels in love with each other. Stause uploaded many posts where she shares how happy she is with G Flip. We hope both stay happy with each other for the rest of their lives.

Also read: Do You Know The Actual Reason Why Joan Rivers Felt Like An “Outsider” In Hollywood?