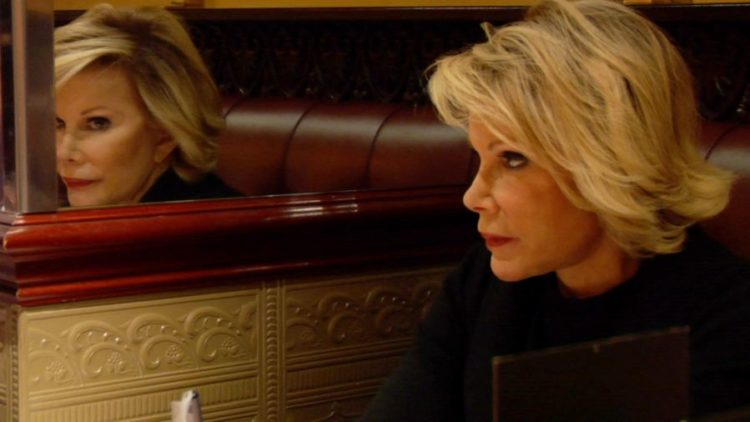 Comedians have a special place in our lives since they entertain us and make us laugh to our heart’s content. Therefore, when the world lost a star comedian, the fans found it very difficult to accept the news. Yes, you guessed it right, we are talking about Joan Rivers. She might have died a long time back; however, her loss still feels keen. In fact, she is also famous among her fans because of her commentary on fashion shows and her brilliant observation of celebrity culture.

The legendary celebrity has left behind her loving family, which included her only child Melissa Rivers, and her huge fanbase. After seeing the title, you must have already figured out why we are discussing Rivers’ life here today. Let us share with you some details regarding why Joan Rivers felt like an “Outsider” in Hollywood.

Who Is Joan Rivers?

Even though Joan Rivers needs no separate introduction, we will share some significant details about the star. Joan Alexandra Molinsky, professionally known as Joan Rivers, was one of the famous American comedians, actresses, producers, writers, and television host. In fact, she was often popular among her fans due to her controversial music. Needless to say, many critics also consider her a pioneer of women in comedy.

Joan was born on June 8th, 1933 Brooklyn in New York City, United States. Therefore, she was 81 years old when she died. Looking at her career graph, you will know that Rivers started her career in comedy clubs in Greenwich Village alongside her peers George Carlin, Woody Allen, and Richard Pryor.

However, she rose to prominence in 1965 as a guest on The Tonight Show. Eventually, she came up with her show, The Late Show With Joan Rivers. In fact, for this show, she also won the Daytime Emmy as the Outstanding Talk Show Host. So you can well understand that Joan Rivers was indeed one of the legendary celebrities whose contribution to the Hollywood film industry will always be remembered by her countless fans.

Why Did Joan Rivers Felt Like An ‘Outsider’ In Hollywood?

As we mentioned earlier, Joan Rivers began her career doing standup in comedy clubs around New York. The celebrity worked right up until the day she died. In fact, her death was so sudden in 2014 that it sent shock waves through the comedic community and caused many of her fans to go into mourning. However, it was her dearest daughter Melissa Rivers, who kept her mother’s legacy alive.

Moreover, in Melissa’s new book, she shares details about her mother’s journey in the Hollywood film industry. So it is here that she points out that even though her mother always tried to be “relevant,” Hollywood could never completely accept Joan Rivers. According to media sources, Melissa Rivers said, “Both my parents always felt like they were outsiders in Hollywood. They were never part of the cool kids’ club. In fact, people never asked them to eat at a good lunch table.

At the same time, Rivers explained that her mother had to deal with a lot of difficult personalities. Several people created obstacles for Joan, and she faced lots of trouble because of it. So she had to come across many such personalities, both men and women, in her long career.

Joan’s Fans Knew Her For Her Honest Nature

None but a daughter knows her mother the best. So it is from Melissa Rivers, that we come to know many unknown incidents of Joan’s life. For instance, how Joan Rivers’ biting commentary about the Hollywood lifestyle didn’t always go over well with high-profile people in the industry.

“There are a number of very high-profile women in comedy who weren’t fans,” she said. “I always find that shocking. You don’t have to like everybody, and I’m not sure they liked her brand of comedy and were never kind to her on the red carpet.” This was another incident that reveals that Hollywood always treated Joan as an outsider.

If you are a fan of Joan Rivers, you will know that she is mainly famous due to her acerbic humor. In fact, she never backed away from a joke, even if it meant causing some shock and discomfort to those around her. Needless to say, her fans loved her for her humor and because the late comedian wasn’t willing to compromise herself for anyone, even if they were very close to her. This still makes her one of the most celebrated comedians in the Hollywood film industry.

If you have been following Joan Rivers’ career graph for a long time, you will know that Johnny Carson has a lot more to do with Rivers’ success than anyone. Starting from her first appearance on “The Tonight Show Starring Johnny Carson” in 1965he himself had told Rivers in front of the national audience, “God, you’re funny. You’re going to be a star.”

It was not Carson alone, but Rivers too adored Johnny. She had also written a touching post after Carson’s death. In fact, she owes a massive part of her successes to her dear friend Carson. Moreover, after Carson’s exit from the show, Rivers became one of the regular guest hosts. By 1983, she became the permanent guest host of the show.

Many of you who are her fans will know that it was from the time she began her talk show that her popularity reached new heights. Moreover, during this time, rumors began to circulate that Carson might consider retiring possibly as soon as 1987. However, neither NBC nor Carson confirmed anything regarding this.

At this time, a new network, Fox, which had only a handful of affiliated stations in the country, offered Rivers her own late-night show that could give a tough competition against NBC’s Tonight Show, Starring Johnny Carson. Many of her fans also believed that probably because of this, the relationship between Rivers and Carson became sour; however, Rivers thought it otherwise.

So as we conclude, we can say that even though Joan Rivers is no more in this world, we can never forget how she entertained us for so many years. Her contribution to the Hollywood film industry is indeed unforgettable. We hope she finds peace in her heavenly abode.