Another Feather On the Cap! CarryMinati is the First to Get 30 Million Subscribers in Asia 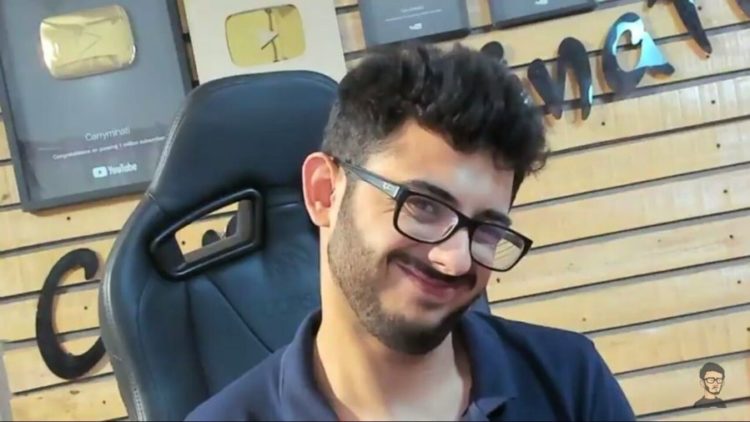 Ajey Nagar, the face behind the success of CarryMinati has finally hit it out of the park. How? The star who rose to fame thanks to posting notorious content on YouTube has finally got 30 million subscribers in Asia. Yes, you heard it right, the YouTuber has become the Numero Uno in the race of “who will be the most subscribed YouTuber in Asia?”.

So Who Is Carryminati?

He was born on 12th June 1999 in Faridabad. The star was enrolled in Delhi public school until 2016 until he dropped out. Moreover, the star they wanted to focus on his YouTube career.

Hence he quit school, skipped out his standard 12th examinations. However, he got his high school degree through long-distance learning. The star also has an elder brother, Yash Nagar. Moreover, his brother is a music producer and a composer.

The Story So Far

It was not long ago when the star himself posted himself playing games mimicking Sunny Deol. Carryminati is known for his distinctive method of commentaries in the Hindi language. Moreover, the star seeks to create diss songs, provides satirical parodies. Also, he provides comedic content.

Another Carryminati content focuses on providing live gaming reviews. The star began posting videos on YouTube when he was just 10years old in 2014. The channel then had the name, “AddictedA1”. Sometimes he would also put up reactions to the game as well as recorded video games results.

In 2015, he changed the name of his channel to CarryDeol as he mimicked Sunny Deol while playing Counter-Strike. Subsequently, he named his channel Carryminati.

The Show Goes on with A Bang

The star has finally hit 30 million subscribers. However, what is best is the fact that he is the first in Asia to do so. Moreover, he also has a track collaboration on hold with VIBGYOR, his elder brother Yash.

His latest track, YALGAAR: CARRYMINATI X Wily Frenzy has so far garnered a whopping 229 Million views on YouTube. Moreover, one of the best content of Carryminati that broke the internet was the “YouTube VS TikTok: THE END”.

After the release alone, he got 1.2 million subscribers, furthermore, he got 5.2 million likes in just a day. He also became the first and fastest Indian to get 10 milion likes. Although the video was taken down by youtube, nonetheless, everyone who watched it will remember it.

From dissing PewDiePie with his ‘Bye PewDiePie’ song to providing magnificent content, it was evident that would get 30 million subscribers. He took to social media thanking his fans by saying”. You have helped me so many times it’s hard to count.

The young kid is me and the adult is you, giving me strength even when I feel I am about to lose. So from the bottom of my heart thank you.”