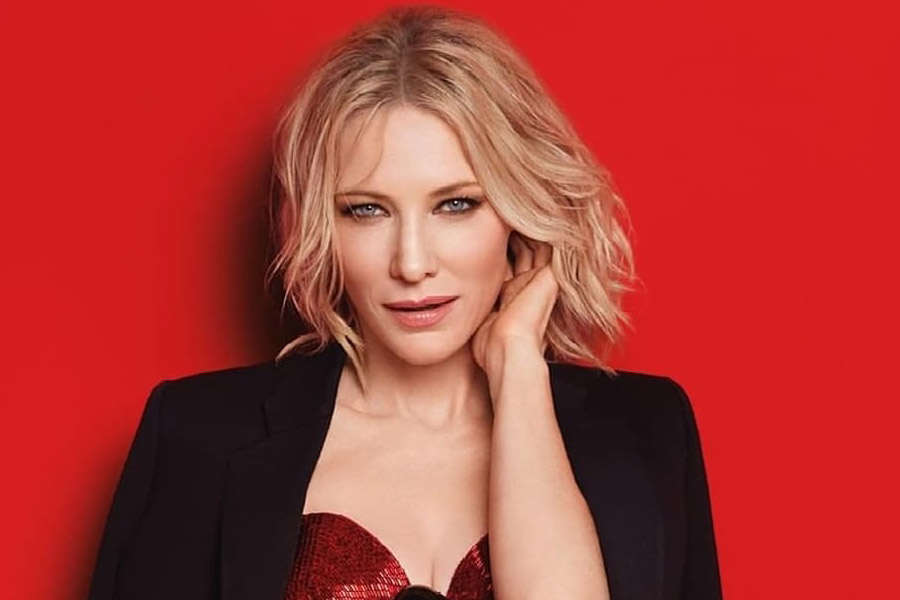 Cate Blanchett is a popular actress and her nationality is Australia. Her full name is Cate Elise Blanchett. She is well known for her roles in blockbuster films and also critically acclaimed movies. She received many awards in her career such as three Golden Globe Awards, two Academy Awards, and three British academy awards. In 2017 Time magazine called Blanchett as one of the most influential people in the world. She is a beautiful tall woman with a great personal style.

Cate Blanchett is also one of the highest-paid actresses in the whole wide world.

You can find more information about Cate Blanchett here.

Blanchett was born in Melbourne suburb of Ivanhoe on 14 May 1969. Her mother’s name is June Gamble and she was a teacher and property developer. Cate’s father is American and he worked as a US Navy Chief Petty Officer. But when Blanchett was ten years old she lost her father to a heart attack. Her mother raised the family of three children alone. Cate is the second child and she has an elder brother and younger sister. Her ancestry consists of Scottish, French, and English.

Cate Blanchett was shy and lived like a wallflower in her childhood. In her teenage years, she dressed in masculine clothes which she preferred more than girly clothes. She also shaved her hair to appear Goth and punk. She went to Ivanhoe East Primary School in Melbourne. For her secondary education, she studied in Methodist Ladies’ College.

In this college only she discovered her knack for arts. In her twenties, she worked at a nursing home in Victoria. She did many jobs in-between and even lived in Egypt for some time. But again she came back to Australia and joined in National Institute of Dramatic Art (NIDA). She graduated from the University in 1992.

Cate Blanchett’s first role in the stage was with Geoffrey Rush for the productions of Sydney Theatre Company. In the same year, she acted in the role of Clytemnestra in Sophocles’ Electra. Her performance in this particular play was well praised. The actress made her debut in cinema with the supporting role of an Australian nurse in the 1997 film “Paradise Road” by Bruce Beresford. She played the lead role in the movie “Oscar and Lucinda” which is a romantic movie. For the role, she received a good response from the audience.

The role that got her international acclaim as part of the historical movie Elizabeth (1998). She played Queen Elizabeth l of England in the movie. She got Golden Globe Award, BAFTA, SAG award, and also nominated for Academy Award for the best actress as well.

Her popularity as an actress began to grow more and more. She got established as a great actress and that was why she bagged the role in the award-winning trilogy “Lord of the Rings”. She acted in the role of Galadriel in all of the three films. In 2005 she received her first Academy awards for the best-supporting actress for the movie “The Aviator”. She played the character of Katherine Hepburn in the film. Actress also appeared in the Steven Spielberg film “Indiana Jones and the Kingdom of the Crystal Skull” as a villain.

She appeared as the evil stepmother Lady Tremaine in Kenneth Branagh’s live adaptation of “Cinderella”. Then she acted in a critically acclaimed film “Carol” opposite Rooney Mara. For her part in the movie, she got nominated for several great awards such as Golden Globe Award, BAFTA Award, and Academy Award.

She became a part of the ensemble cast of women such as Sandra Bullock, Rihanna, Anne Hathaway, Sarah Paulson for the Ocean’s 8. Currently, she is producing the historical drama miniseries called Mrs. America. She is busy with many future projects also.

Cate Blanchett married Andrew Upton who is a screenwriter and a playwright. She and her husband met in 1996 on the sets of a Television show. They have four children one daughter and three sons. They have purchased a large estate in East Sussex, England which is their family residence. She always speaks about the hardships women face in Hollywood.

Women always forced to look young and when they become old they only get fewer opportunities to act. She also talked about the time period of the Golden age of cinema that treated actresses like Goddess so no matter the age they acted in many roles.

Blanchett is one of the patrons of the Australian Film Institute and Sydney Film Festival. In 2007 she became the ambassador of the Australian Conservation Foundation because of her consideration for the issues in the environment. In 2014 she took part in the initiative that supports sustainable fashion. She is also the global Goodwill ambassador of UNHCR that spreads awareness to help the global refugees.

Cate Blanchett is 51 years old. Her height is 1.74 m and her weight is 55kg. Her eye colour is blue and the colour of her hair is blonde.

The current estimate of the net worth of the actress is 45 million dollars. She is earning lots of money because of her career as an actress in Hollywood. As per the sources she receives $12 billion per movie. Along with her acting career, she is also endorsing many popular high profile brands.

For her contributions as an actress to the stage and screen, the Queen appointed her as the Companion of the Order of Australia. All through her career, she has acted in seventy films and twenty theatre productions. Some of her films have grossed more than $9.8 billion at the box office.

Cate Blanchett is a well-accomplished star. She is the holder of many honours because of her contributions to the stage and film industry. As one of the great actresses in the industry, she is a good inspiration for young aspirants.