Selena Marie Gomez Biography, Ealry Life, Affair and Everything You Need To Know 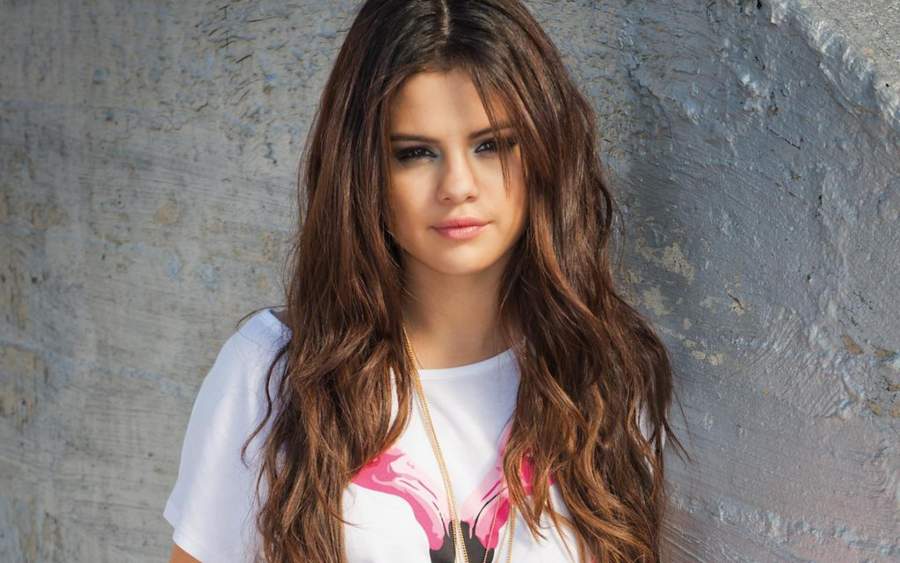 Who doesn’t know about this popular celebrity? Yes, I am talking about Selena Marie Gomez who is not only a popular singer only but also an actress, film producer, and global philanthropist. Selena Gomez is an Italian as well as a Mexican American actress who started her career as a Disney channel star and now has become a great singing sensation. She is also a solo artist and philanthropist. Many teens adore her for her looks and dressing style. The singer is one of the popular artists on Instagram also. She acted in many movies and TV series. These are the reasons why she is a popular personality in the world. For a long time, she was in a relationship with fellow singer Justin Bieber but they both separated ways and currently leading their lives happily. Her life and relationships were the main focus of media for many years.

Selena Gomez was born on July 22, 1992, in Grand Prairie, Texas. Her father’s name is Ricardo Joel Gomez and her mother’s name is Amanda Dawn “Mandy” Cornett who worked as a stage actress. The name Selena is actually the name of the singer Selena Quintanilla who died in 1995. Her father belonged to Mexican ancestry and her mother is from the Italian side.

Gomez’s parents got divorced when she was just five years old. She stayed with her mother and is very close to her. The singer has two younger half-sisters Gracie Elliot Teefey and Victoria “Tori” Gomez. She was home-schooled and received her high school diploma in May 2010.

Gomez also shared in an interview that her mother was only sixteen when she was pregnant with her. Besides, the family also worked hard to live because of financial troubles. They had to search for quarters to put gas for the car. But Selena was and is proud of her mother for being strong and bringing them up amidst problems. She told that her mother sacrificed many things for her like her three jobs. Gomez also had a good relationship with her grandparents and for some time they raised her until she got her to break in the entertainment industry.

Selena Gomez started to have an interest in the entertainment industry when she saw her mother get ready for the stage acts. First Selena went to many auditions and even met Demi Lovato in the auditions of Barney & Friends. Both she and Demi got selected for the roles and Selena played as Gianna. This popular kid’s show gave Selena her first exposure to acting. She shared that she was very shy at first and learned all about acting from Barney. She also appeared in a cameo role in Spy Kids 3-D: Game Over 2003 film. The singer also appeared as a guest actor in a series of Disney channels The Suite Life of Zack & Cody. 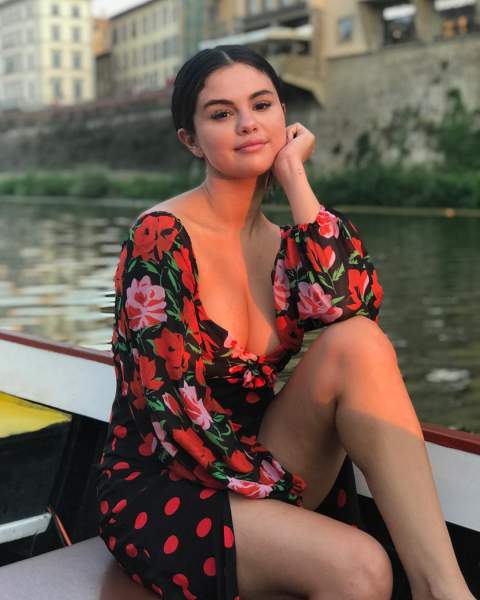 Selena then appeared in one of the popular series on Disney channel “Hannah Montana”. She came as a rival pop star Mikayla to Hannah Montana for few episodes. She then went to auditions for Disney Channel Series Wizards of Waverly Place and got selected for the main role Alex Russo. When she received the role Selena and her mother arrived in Hollywood, Los Angeles, California. In this series, she plays a teenage Wizard who with her family is hiding her identity from the normal people.

It became an instant hit and Selena Gomez became a popular name in the TV series industry. Selena got many awards and nominations for her character. She sang the theme song for the series titled “Everything is Not What It Seems” and she also was a part of the music video “Burnin’ Up”.

Her singing talents made her part of many albums. She recorded the original song for Tinkerbell “Fly to Your Heart”. She had the supporting role as Helga in the movie Horton Hears a Who! And this film was a hit grossing $300 million worldwide. When she was sixteen she signed a contract with Hollywood Records label to perform more albums.

Then she created her own production company in the 2018 July Moon Productions. Gomez was the executive producer of the famous Netflix series “Thirteen Reasons Why” that showcased the story of a girl who commits suicide because of depression. Some of the movies she acted are “Princess Protection Program” with Demi Lovato, “Monte Carlo”, Hotel Transylvania parts 1, 2 and 3, and lots more. The popular singles she released are “It Ain’t Me” “Lose You to Love Me, “Look at Her Now” and many more. 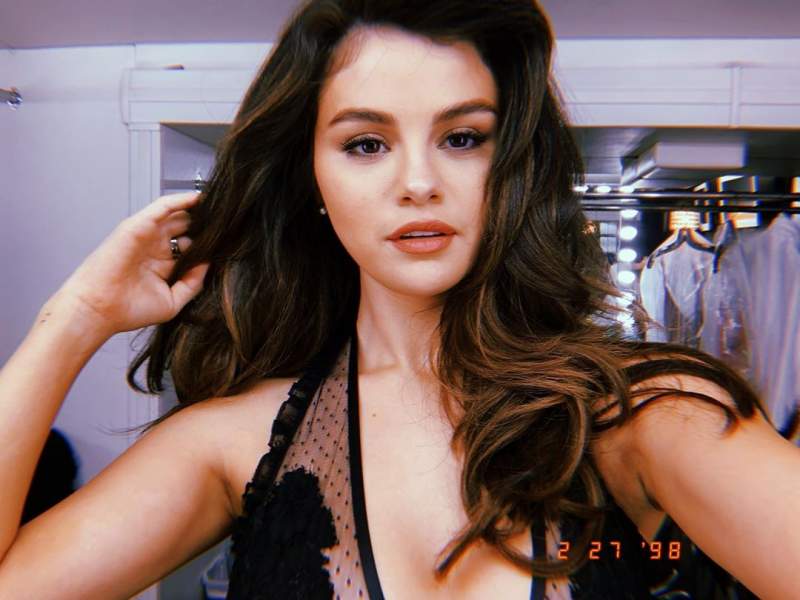 Her career has been very thrilling and inspiring. You won’t believe she began her career when she was just 16. Her first role was in Barney and Friends series in 2002, which she made till 14 episodes till 2004. In 2005, she appeared in Spy Kids 3-D: Game Over (2003) and many more. And how can we forget mentioning the popular show, Hannah Montana where she has made her appearance between 2007 and 2012.

Till, 2007, she was part of this show as after that she got some bigger opportunity in one of the Disney Series, Wizards of Waverly Place which was again a big hit. Apart from appearing in one of the famous series and shows, she also appeared in many films like “Tell Me Something I Don’t Know.”, “Fly to Your Heart” etc.

This was not enough and I have something more to tell you. Let’s talk about her more.

In 2008 she opened her own production company known by the name July Moon productions. Further, in 2009, she formed her own pop-rock bank called as called Selena Gomez & the Scene.

She has won a total of 85 awards and has been nominated 142 times. To name some of the awards won by her are American Music Award, ASCAP Pop Music Awards, Bravo Otto, American Nickelodeon Kids’ Choice Awards, and Teen Choice Awards among others. She recently released her emotional single song “Lose You to Love Me” after long 4 years.

Selena dated Nick Jonas during her stint with Disney channel. Then from December 2010, she started a relationship with Justin Bieber. They separated in the middle then reconciled but finally went their separate ways again in March 2018. There on and off relationship became the most talked-about news of the year. From 2017 as per the reports Selena began dating singer Abel Makkonen Tesfaye and they moved in together but they ended their relationship. 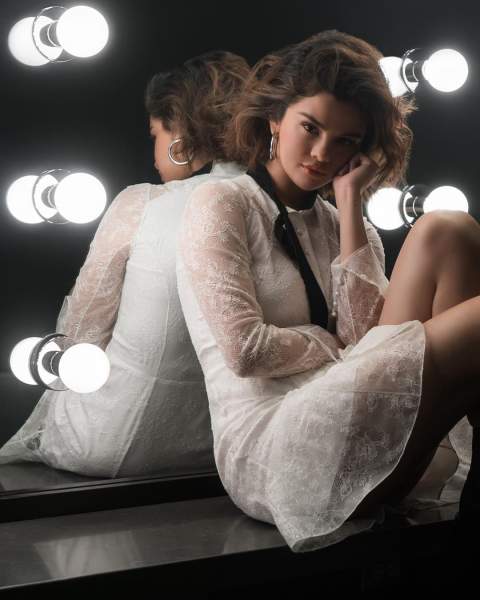 Selena Gomez is 27 years of age. Her height is 5 ft 5 and her weight is 50 kgs. She battled with Lupus in-between 2012 to 2014. She also announced in Instagram that she did not take part in many events because of the Kidney transplant. Her friend Francia Raisa donated her kidney to Selena. Then in April 2020 Selena also shared about Bipolar Disorder. 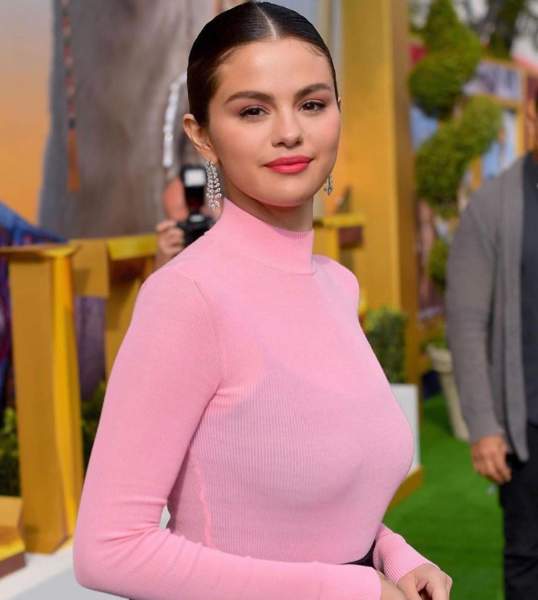 Selena has got a huge amount of net worth that amounts to $75 million. Most of the cash is because of her singing as well as her acting career. She also featured in television commercials as part of her brand endorsements. She was the spokesperson for Borden Milk. Then in 2012, she unveiled the fragrance called “Selena Gomez”. Then she made her own collection of nail polish colours. Some of the high profile brands she is part of are Adidas and Louis Vuitton. Do you know she also has her clothing line named, Dream Out Loud? She signed for a $3 million endorsement deal with Pantene.   Furthermore, Selena is getting $800,000 for each of her sponsored posts on Instagram. So because of all these activities, Selena Gomez is a rich personality.

Selena Gomez from a young age is working hard to make a mark of her own in the film industry. She is an ideal young woman whom the modern teenagers can take inspiration from.

She is really giving us major inspiration goals. Isn’t she?

Also read: Brad Pitt Net Worth: Early life, Relationships and All You Need To Know