Charla Nash: A Strong Lady Survived The Horrifying Attack of a Chimpanzee 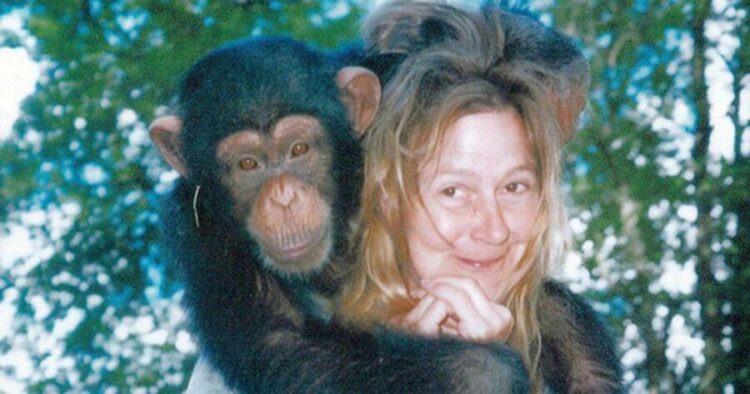 Charla Nash went to Sandra Herold’s house on February 16, 2009, as she often did. But, the visit was not that ordinary this time.

Travis was an adorable baby chimpanzee that Sandra and her husband, Jerome Herold, adopted over ten years ago. Though everyone in the neighborhood loved the little Chimp, since the age of three days, he had been experiencing irrational behavior for some time.

Sadly, that morning, the Chimp viciously attacked Charla Nash, leaving her permanently disfigured. It was shocking for everyone to resist the fact that such a lovable 14-year-old chimpanzee could harm Charla. Let’s read and get more into the case’s depth and see what happened that day!

Early Years of Travis The Chimp

Travis, the chimpanzee, was birth on October 21, 1995 near Festus, Missouri. It is now well known as the Missouri Chimpanzee Sanctuary. When Travis was just 3 days old, he was taken away from Suzy, his mother. Further, Jerome and Sandra Herold bought the baby chimpanzee for $50,000.

Also, Suzy was later killed as she tried to escape from the refuge. Travis, who was named after the country musician Travis Tritt, lived in the home of Herolds’ Stamford, Connecticut.

He traveled everywhere with them and frequently went to work with them. Travis grew up around people, so he followed every instruction provided by Herolds.

What Happened to Charla Nash?

Herold and Charla Nash had been buddies for a long time, and she often visited Herold’s home. She was there to see the duo when Travis broke out of the cottage on February 16, 2009, with Herold’s car keys.

Nash offered him his favorite toy, a Tickle Me Elmo doll, to entice him back inside. Nash recently changed her hair, which may have frightened and perplexed Travis the Chimp despite his ability to recognize the doll.

He tried to attack her in front of the home, and Sandra Herold had to stop him. While she was bleeding on the ground, he continued to attack the woman. Travis refused to stop as Herold started striking him wildly with a shovel.

She went into her house, took a butcher knife, and attacked him in the back out of a lack of options. He continued, nevertheless. Twice again, she stabbed him. Travis got to his feet, stared his owner in the eye, and then started hitting Nash.

She called the operator, nearly speechless with fear, saying, “He — he took her face off… He’s eating her!

Travis was hit repeatedly by officer Frank Chiavari. Before finding an unlocked door and breaking a window, Travis circled the police car. He was frightened, hurt, and furious.

Travis the Chimp attacked Charla Nash, who required hours of treatment from several surgeons in the days that followed the attack. Travis had fully severed one hand, dislocated her face, removed her eyes, mouth, nose, and lips, left her with a large portion of her scalp missing, and made her blind.

Her injuries were so severe that the Stamford hospital advised the medical staff who treated her to seek counseling. They managed to spare her life and fix her jaw, and then she was transferred to Ohio for an experimental facial transplant.

Following the dreadful incident, a minor setback occurred when Charla Nash’s body began to reject the transplant when medical professionals tried to wean her off of anti-rejection drugs. After being horribly attacked by a friend’s pet chimpanzee, Nash, a woman from Connecticut, got a face transplant.

Nash’s story began in 2009 when a friend’s pet chimpanzee viciously attacked her, leaving her with severe facial injuries and without eyes, nose, or lips. Moreover, Nash was also rendered permanently blind by an illness the Chimp transmitted during the mauling.

Charla Nash showed her face live on Oprah Winfrey’s show nine months after the attack, on her 56th birthday. This, indeed, is regarded as one of television’s most spectacular moments.

She has since undergone numerous reconstructive treatments, including a face transplant.

Nash, now in her late 60s, enjoys listening to audiobooks and songs, but the attack left her blind. She may not have lost her life, but the lady that she was once is all gone now. She is not the same person that her friends and close ones know. She even completely resembles another person.

Yet, she remains optimistic about her recovery and hopes that her operations will someday assist warriors suffering from similar disfigurements.

This incident took place almost a decade ago, but the scars it left behind are still not healed. And unfortunately, it’s one of those Nash’s memories that she would never wish to recall!