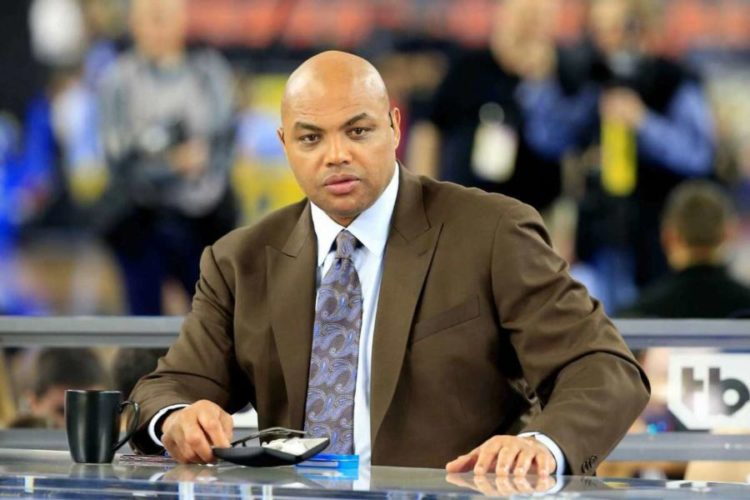 Charles Barkley is a basketball legend. The 1993 NBA Most Valuable Player is widely regarded as one of the greatest rebounders of all time. In fact, he has also been nicknamed “the Round Mound of Rebound”. However, after retiring in 2000, he turned into a television analyst. In fact, he is equally colourful behind the mic. We have seen him poking jokes at various people on the television. However, recently Barkley opened up about the criticisms faced by the golfers who joined the LIV Golf.

Recently, the big names of golf, who joined the LIV have faced harsh criticism. Most of these criticisms target the huge sum of money that the LIV golf is paying the golfers. In fact, at times the criticisms have become too harsh. During his conversation with Pat McAfee, Charles Barkley commented on the criticisms labelled against the golfers.

However, a comment made by him during that conversation has become viral. It seems obvious that Charles was joking. However, the comment has been a striking one. Therefore, if you wish to learn more about the comment made by Charles Barkley, go through the rest of the article.

Charles’s Take on The Criticism

Charles Barkley is mostly known for his talks about basketball. However, he has also been seen talking about Golf. As far as popularity is concerned, golf comes second to basketball. However, recently golf has become a hot topic of discussion. All thanks to the LIV Golf! The LIV Golf is a Saudi-backed league, organised by Greg Norman.

In fact, the LIV targetted many top-class golfers on the PGA Tour and also succeeded in winning some of them. The list contains some big names like Phil Mickelson and Dustin Johnson. However, these two are facing strong public criticism for their shift to the Saudi-backed league.

Charles Barkley commented in an interview early in the week that the critics have forgotten Mickelson’s contribution to golf. He went on to add that Mickelson is the next big name after Tiger Woods. Moreover, he credited him for ‘carrying’ the PGA Tour, along with Tiger for the last 30 years. Therefore he admitted that he hates to see criticisms aimed at him. According to Barkley, Mickelson should do what he thinks will be best for him. Moreover, he added that the criticism aimed at him would ultimately do great damage to the sport itself.

Many have criticised Mickelson and the other LIV players for accepting money from the Saudi Arabia Public Investment Fund. In fact, this fund is headed by crown prince Mohammed Bin Salman. Salman is believed to have designed the murder of journalist Jamal Khashoggi. It is also reported that Mickelson accepted $200 million as a signing bonus.

Charles Barkley appeared on the Pat McAfee Show on Friday. There he was told about the huge sum of money that LIV offered to the likes of  Phil Mickelson and Dustin Johnson. However, he did not appear astonished. Rather he commented that every man deserves a price. He went on even further to claim that he would even kill his relative if somebody offered him $200 million.

In fact, he added that the criticism about Mickelson and Johnson is meaningless. Though he said that seriously, we know that he was joking. Click the link below to see what Barkley has to say during the interview :

Therefore, Charles Barkley clearly came out in support of the likes of Mickelson and Johnson. In fact, he didn’t see anything wrong with the money that they received. Moreover, he claimed that he wants to see “all the LIV guys on top of the leaderboard” of the PGA Tour. Therefore it is clear that he stands with the LIV members.

However, the LIV contestants are having tough luck in the U.S. Open. Phil Mickelson and Dustin Johnson did not live up to the expectations. In fact, 15  LIV Golf competitors joined the game. Out of them, only three were able to survive the cut. Therefore, Barkley’s wish may not come true in the end. However, we never know what would happen in sports. Perhaps a miracle awaits us. Therefore, let’s stay tuned for further updates.