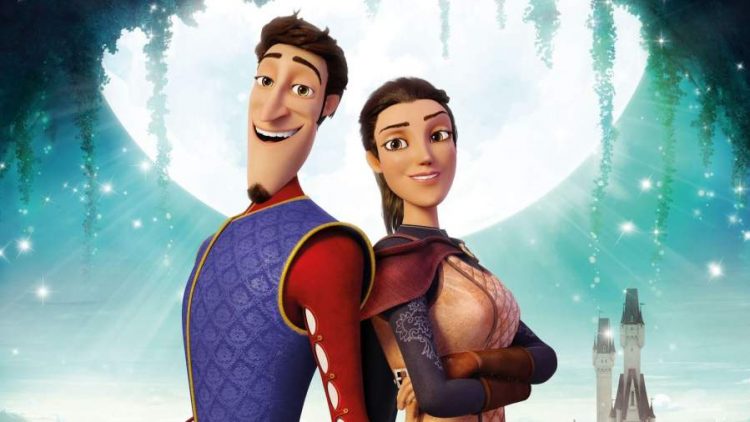 Charming is a 2018 animation film directed by Ross Venokur. It comes from the producers of the Shrek film series. The Charming film released in Netflix on January 8, 2021. Now the creators have announced about the possibility of Charming 2 because of the success of the first one. Many fairy tale characters appear in the film but represented in a different light. Know all the details about Charming here.

What is the plotline of Charming?

The story is about Prince Phillipe Charming who gets cursed by his father’s partner Nemeny Neverwish. Charming will be able to bewitch every maiden in the land but he cannot fall in love. Therefore when Charming nears his twenty-first birthday he saves three maidens from their troubles who become his fiancées. He meets a girl named Cinderella at a ball and dances with her. Then he saves a girl named Snow White who is doubtful of people.

After that, he kisses and awakens Sleeping Beauty who suffers from narcolepsy. They are not aware that they are engaged to Charming. Charming’s father King Charming decides to send his son to a quest regarding the Gauntlet when he becomes tired of his actions. Then Charming comes across a thief called Lenore and he becomes attracted to her. After that Lenore gets bribed by the King’s guardians to escort the Prince to a place called Fire Mountain. Although Lenore at first finds Charming’s manners annoying she falls in love with him after knowing him well.

But she fears rejection because of Charming’s reputation and her curse to never fall in love. Both of them experience lots of dangers in their journey that brings them closer. But will they accept their love for each other? Can they escape from the toils of the evil fairy that has cured them? You have to see the film to find it out.

The cast details of the Charming

Demi Lovato voiced the character of Lenore who is a shrewd thief and the love interest of Charming. Wilmer Valderrama voiced Charming and he is a handsome prince who can make women fall in love with him easily but he never fell in love until he meets Lenore. Sia lent her voice to Half Oracle. Avril Lavigne voiced Snow white and Ashley Tisdale voiced Cinderella. G.E.M. lent her voice to Sleeping beauty one of the three fiancées of Charming. Then Nia Vardalos voiced Nemeny Neverwish who is an evil fairy that cursed Charming and Lenore.

When will Charming 2 release?

The release date of Charming 2 is yet to come. The creators have only spoken about the possibility of a sequel. They will make more clear plans in the future so we have wait to get more information from the creators. If there is Charming 2 we can expect the cast members to return for the sequel because actors Lovato and Valderrama are very interested in a sequel.

Charming is a delightful tale of true love and good vs evil. Many Netflix viewers loved watching it and are waiting for a sequel.

Also read: Spider-Man into The Spiderverse 2: All Details About The Sequel