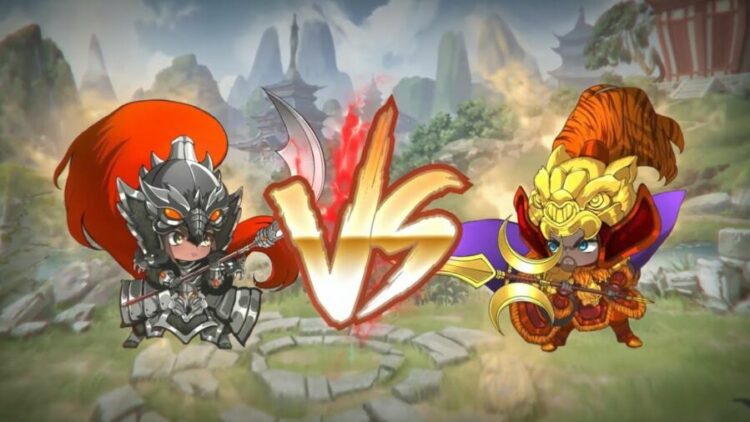 Chibi Clash is a Web 3 Auto Battler gaming environment designed and developed by users. Player against Player (PvP) is the main game mode in which players may show off their skills and compete against other players. Let’s look at Chibi Clash and learn what makes it such a successful gaming platform!

The purpose of Chibi Clash is to build a stable virtual economy for NFT collectors, holders, and players while also allowing them to convert their gaming passion into digital asset ownership and profit from it. The platform offers a fantastic PvP fighting experience.

Chibi Clash’s gaming platform aims to bridge the gap between Web 3.0 and consumers by delivering easy-to-learn gameplay in a unique 2D gaming environment inspired by themes from the Three Kingdoms and Journey to the West. Although the game is easily accessible to consumers, mastering it is a different matter. This sort of approach motivates people to grow and broaden their knowledge continually.

As Lords, players may hire famous warriors to lead their troops into battle to improve their reputation, expand their empire, and create the kingdom of their dreams. Chibi Clash creatively approaches the NFT market, beginning with a collection of 5555 procedurally-generated different Chibi Legend NFTs. So, what is the connection between these NFTs and the game? Let’s take a closer look at Chibi Clash’s main features.

The gameplay of Chibi Clash has numerous levels, each of which adds to the larger ecology. It combines enticing elements, resulting in fascinating gameplay and surprising conflicts with unexpected outcomes.

The core game of Chibi Clash, which is inspired by Teamfight tactics and Hearthstone Battlegrounds, is being developed as an auto battler game that will be available on several platforms.

Chibi Clash allows players to construct and customize Lords with hundreds of skills. Simultaneously, mastering the qualities of the classes is essential to unlocking additional talents and outfits.

Furthermore, players can recruit, improve, and combat to win ten engagements before their morale reaches zero. To defeat your opponents, you will use all offensive and defensive tactics and each character’s unique move position. To make them legendary, you must also level them up, increase their talents, train them, and expand your empire.

People compete against one another for ultimate power and $SHIN tokens in the P2P gaming mode. Each player starts with 100 Morale and will strive to reduce their opponent’s morale to zero.

A line of players will assemble to engage in a PvP encounter against five other opponents. In combat, they can employ any of the three Chibi Champion abilities. Each battle will consist of several rounds until only one player survives.

P2P mode allows users to play against other players frequently, enhancing their abilities in handling and controlling the match with each encounter. This gives players the thrill and adventure, making PvP a popular gaming choice.

Soldiers are a player’s in-game army, and they may enlist troops from a predefined common draft, upgrade and exchange troops, and rearrange troop configuration by sending each unit into battle.

Each unit will be assigned to six factions: the Dragon, the Phoenix, the Tiger, the Monkey, the Ox, or the Wolf. Troops have a variety of synergies and skills that allow them to assist one another while also opposing the opponent.

Champions are NFTs that players may get via recruiting and utilizing to strengthen their soldiers. Chibi Legends allow players to obtain Chibi Champions. There are no two champions alike. Each has its own set of advantages and disadvantages. These traits will be characterized chiefly by their attack patterns, from melee to ranged strikes.

Each champion type has a distinct set of talents to execute, one of which is always active and the other is passive, and which may be upgraded or enhanced as you level up by acquiring more champions of the same kind. To use passive skills, the player must wait for a certain amount of attacks before you may use them.

Participants not only join to play the game, but they also contribute to Chibi Clash lore. Every two weeks, a group of participants will gather to select answers to easy questions. The decisions made by the players will result in one of many endings that will be recorded on the backend. The outcomes break down five days after the game’s release, resulting in additions or alterations to the Chibi universe.

Recruitment’s goal is to locate the best Champions for each match. During the Recruiting Season, the Chibi Champions will be chosen. Players will use chibi Legends to locate and recruit new Champions. The recruiting gameplay is broken into two stages: search and recruitment.

Players must send their Chibi Legend on a search for new Champions to recruit them during the Search stage. Then they must transmit a specified number of tokens to begin the search. The Recruit stage merely informs the player of which Champions have been picked to become the next member of their kingdom.

Each season, new Champions will be named and made available for recruitment. Legends are drawn to persons who possess their characteristics. As a result, recruits are likely to have the same characteristics as the Legend who posted the search request on the search board.

Chibi Clash is a Must to Check Out

The blockchain gaming business is booming, and Chibi Clash has arrived just in time. Chibi Clash looks fantastic and provides excellent gameplay for anyone interested in blockchain and NFTs.