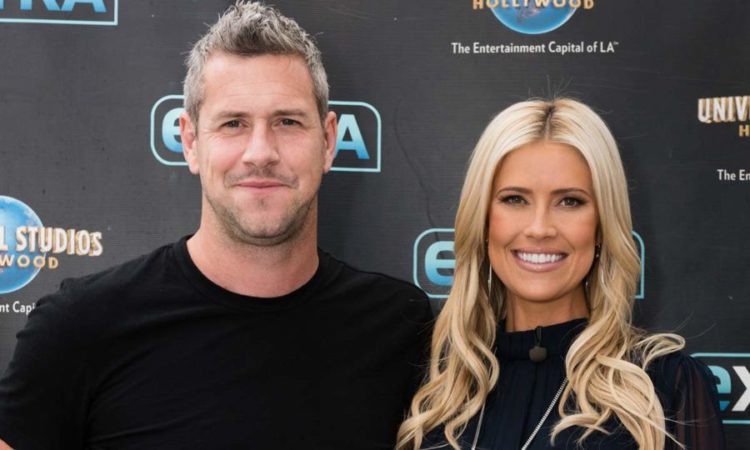 Christina Hall and Ant Anstead shared a blissful marital life before they went their separate ways. However, everything is not fine between them even now because they have now clashed over the custody of their 2-year-old child. In other words, on 268th April, Ant Anstead filed for emergency custody of his 2-year-old son he shares with Christina Hall, his ex-wife.

It’s worth noting that Christina exchanged marital vows with Ant Anstead in 2018. The next year, the duo welcomed their first son, Hudson, in 2019. However, the relationship between the duo didn’t work out as they filed for a divorce in 2021. In the emergency custody file, Anstead has accused his ex-wife of putting their little child in medical danger. Moreover, he has also accused her of spending very little time with the baby in recent months.

On the other hand, it’s worth noting that Hudson is not the only child that Hall has. In fact interview, she said that she has custody of Taylor El Moussa, Brayden El Mousa, with Tarel El Mousa, her first ex-husband. Currently, fans are looking forward to knowing what custody agreement Hall has with El Moussa and what exactly Ant Anstead is hoping for.

If you want to know the details of their custody battle, then it’s time to follow this article and get all the info that you need.

Ant Has Filed for An Emergency Custody of His & Christina Hall’s Son, Hudson

So, as we mentioned earlier, on 28th April, Ant Anstead, the TV presenter accused his ex-wife Christina Hall of not taking care of Hudson. Therefore, he has filed for emergency custody over him with Christina Hall. So, in the filing, he even accused Christina of putting their child in medical danger. In addition, he also further accused her of not spending some adequate time with him over the last several months as well.

According to the court filings, Ant said that on one occasion, Christina returned with Hudson London Anstead with a pretty bad sunburn. In addition, he also claimed that Hall didn’t disclose to him the fact that Hudson contracted Covid19. Furthermore, the court filings also mentioned that Hall only had around 9 custodial days with the boy each month for several months late.

Therefore, Anstead has sought full custody, while giving Christina only alternating weekends with the baby. No wonder this has created huge news, considering the fact that both of them have lots of fans.

As we mentioned earlier, Hall also shares custody of two children with her ex-husband Tarek El Moussa. If you want to know about them, then it’s worth noting that they exchanged vows in 2009. Thereafter, they did their HGTV show Flip or Flop. Needless to say but they had quite a memorable time together.

However, they couldn’t continue that due to irreconcilable differences of opinion. So, in the year 2016, they decided to go separate ways and their divorce was finalized in 2018. While it’s true that Hall and Tarek didn’t really have an amicable relationship after that, it’s true that they have never had a public fight over the custody of their two children.

According to their divorce files, Hall and Tarek agreed to share custody of their two children on a 4-3 schedule (60-40). To elaborate, Christina has the children from Sat evening through Wednesday. On the other hand, Tarek has custody from Wed day through Sat day.

Of course, Hall and Tarek do not share any romantic feelings for each other. However, one can’t deny that they love their children. This is exactly what they have done- that is- taking care of their children with a custodial method. Needless to say, they haven’t had any issues up to now.

According to the facts, Anstead’s filing has requested emergency custody of their 2-year-old son. However, it’s also true that he left room for Christina Meursinge Hall to regain the shared custody over time. The filing specifically even mentioned cited Christina’s custody arrangements with Tarek as the eventual goal for Ant’s son Hudson as well.

He said, “This will allow Christina’s time to be stepped up over the next several months to match the schedule she has with her other children.” Needless to say, Ant’s accusations have ‘saddened’ Hall. She said that she’s a good mother who adores her children.

As of now, Courts have denied Anstead’s emergency request. However, the authorities have set the next court hearing for 28th June. On this note, Hall has tied knots with Joshua Hall recently. Ant Anstead on the other hand exchanged vows with Renee Zellweger.

Tarek & Christina Have Split Their Parenting Into Equal Terms

So, as we mentioned earlier, El Moussa and Hall have decided to split their parenting time almost equally. According to the reports, the couple agreed to a 4-3 custody over their two children. So, based on the agreements, Tarek will have the children three days a week while Christina will need to manage four days. In addition, they also have alternate holidays with their children.

Also read: How to Stay Sane as A Stressed-Out Parent