‘Christmas on The Square’: Release Date Confirmed by Netflix 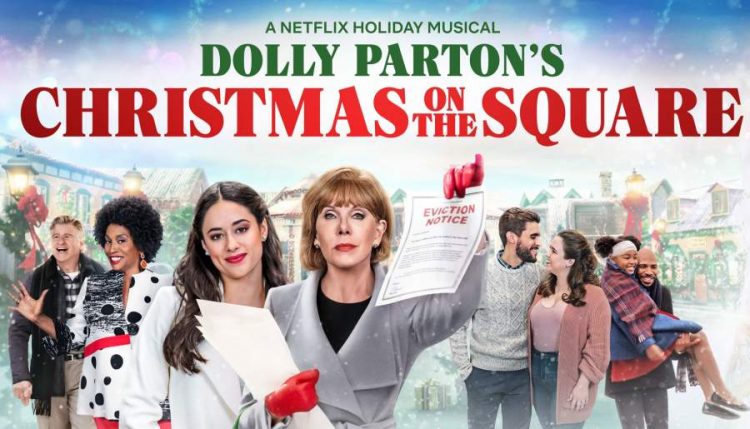 The musical film Christmas on the Square is a holiday special by Dolly Parton that is going to release soon on Netflix. This is going to be one of the special releases in the streaming giant with many wonderful songs. The story is also great and the cast excellent. Many of Dolly Parton’s fans are eagerly waiting to see the musical. The viewers can enjoy watching it at the beginning of the holiday season. Know all the details about the film here.

The musical film is set to release in Netflix on Nov. 22. It is going to be a family entertainer. Moreover, there is going to be fourteen original songs in the musical added by Dolly Parton. It will stir people to spend time with their family in the holiday season and make peace with everyone. So stay tuned for the film.

The plotline of Christmas on the Square

The film is about a woman named Regina. She is a wealthy woman who hates to associate with anybody. After her father’s death, she inherits his estates in the country. She visits her home country and tries to evict people who live in the land. Regina wants to sell the land to the mall developers for a high price. She does not think about the feelings of the people.

Then she meets her guardian Angel who helps Regina to enjoy the holiday spirit. Then she starts to associate with the people in her country and becomes a new human. She also finds her old love in the country. There is also going to be many songs as it is a musical film.

The viewers will feel happy singing along the great songs. The director of the film is Debbie Allen and she also choreographed many dances in the film as she is also a great dancer.

Dolly Parton will play the role of the guardian angel and Christine Baranski will play as rich and unpleasant woman Regina. Many other actors are also roped in for the film such as Jenifer Lewis, Treat Williams, Jeanine Mason, Josh Segarra, Matthew Johnson, Mary Lane Haskell and Selah Kimbro Jones.

Dolly Parton is going to release her album A Holly Dolly Christmas and this is her first-holiday album in thirty years. Parton is a nine-time Emmy Award winner. She is a great American singer, an actress but she is mainly well known for her country music. Now she is seventy-four years old. The singer has produced 3000 songs and some of her best are “I Will Always Love You”, “Coat of Many Colors”, and “Jolene”.  Parton is also a good actress and has received Golden Globe nominations for her part in Rhinestone, Joyful Noise, Steel Magnolias, and Straight Talk. She has also received Academy Awards, Emmy Awards, Grammy Awards, and many more.

Dolly Parton’s Christmas on the Square will release soon in Netflix. Get ready to watch the heart-warming musical.