Chupacabra: The Surprising True Story Behind the Blood-Sucking Mythical Creature 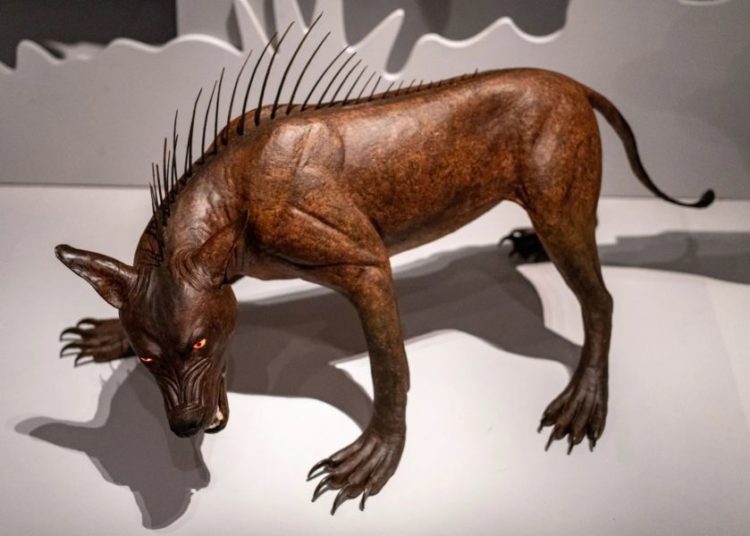 The myth of chupacabra first appeared in 1987 in the Puerto Rican newspapers El Vocero and El Nuevo Dia. The newspaper covered unusual animal deaths. These deaths were allegedly caused by blood draining. Goat sucker is the literal translation of the term. It was coined by Puerto Rican comedian Silverio Pérez. Goats, rabbits, sheep, chicks, dogs, and other agricultural animals have allegedly vanished. Or been killed as a result of the creature. People had no idea where all the animals were going.

And what’s the reason behind this? Further, some people describe this creature as having “dog-like, rodent-like, or reptile-like” features. Also, long snouts, protruding fangs, scaly greenish-grey skin, and a foul odor.

Soon the news of the Puerto Rican farm animals spread. Farmers in other nations shortly started complaining about their assaults. Animals were dying in the same horrifying ways. Seemingly for no reason, throughout Mexico, Chile, Argentina, the United States, and Colombia.

Is The Tale of Chupacabra Real or Made-Up?

Benjamin Radford is an American writer and general sceptic of chupacabra fairy stories. He learned of the chupacabra soon after. Over the following five years, Radford would devote his life to finding a living specimen. Or, disproving the chupacabra tale.

Over several years, he travelled across forests and fields. He wandered in South America and the southwest of the United States. He was in search of someone who had truly seen a chupacabra. Bradford tried all the possible ways to know a bit about chupacabra and see if it’s real or a made-up story.

Also read: Hisashi Ouchi: Kept Alive for 83 Days Against His Will

Let’s see who he was looking for to gather information about Chupacabra!

The person whom Radford was looking for is Madelyne Tolentino. She was a resident of Canóvanas, a village east of San Juan. Madelyne saw the chupacabra via a window at her residence in 1995. She said that the reason for the increasing number of animal assaults in the nation was a bipedal creature. To describe the creature further, she said it had dark eyes, reptile skin, and spines down its back. It hopped like a kangaroo, according to her, and smelled sulfurous.

Radford made a further inquiry with some other witnesses. They claimed to have seen chupacabra earlier. Everyone’s views regarding chupacabra were different. However, some believed it stood on four legs rather than two. Others disputed the claim that it had a tail. Hence, it was becoming difficult for Radford to know whether chupacabra existed.

Bradford was not able to solve the chupacabra mystery. Suddenly his new version began to emerge!

Soon after, a different chupacabra species appeared. It was possibly an evolution. Now it wasn’t hard for people to believe that such species exist. This new chupacabra version had smooth, hairless skin in place of the scaly scales that covered its body. It certainly had a tail and walked on four legs. It resembled a dog nearly exactly.

Encounter with the Chupacabra

Chupacabras were previously only the subject of mythology and internet crimes. People began finding dead bodies in Texas and other southern states in the early 2000s. The bodies appeared after a while. It matched the chupacabra’s four-legged, hairless monsters with burnt-looking skin. Farmers and cowboys saw these creatures and had no idea who they were. They called the police for an inquiry. It was quite simple for the authorities to recognize these creatures. Most of them are coyotes or dogs.

According to Radford, the reason behind calling them chupacabras is due to sarcoptic mange. Dogs with highly contagious skin condition sarcoptic mange are left with no choice but to scratch at skin-invading mites. The itching eventually causes the skin to lose its hair and develop ugly scars. It is because of this that they lose their hair.

Chupacabra: A Blood Sucking Creature Responsible for the Tide of Dead Cattle

In March 1995, the first attack by chupacabra occurred. People found around eight sheep dead in Puerto Rico. They saw some marks on their chest that they interpreted as draining blood. Later, in August, nearly 150 farm animals were killed. All of them thought that it was the work of chupacabra. The blood-sucking monster killed them.

In 1996, after losing five of the sheep, Puerto Rican told the New York Times that dogs never bite his animals. He must be wrong. As per the BBC, it’s typical for dogs to bite another animal, allowing it to die. And then show no further signs of injury beyond the bite mark. Then why does the chupacabra myth persist? According to Radford, Puerto Rico’s anti-American mentality is the reason behind this.

There were rumours all around the island. Mostly everyone knows about the secret experiments of the U.S. government. The U.S. government usually does secret scientific experiments in the El Yunque rainforest. As we know, Americans generally exploit some Puerto Ricans. So, it was not a big deal for them to think that there was an American hand behind all this. They created a blood-sucking ugly looking creature. They must be doing some sought experiments in their lab. Further, ultimately release the creature on local farmland.

In 2018, there were suspects of the chupacabra in Manipur, India. People thought it was chupacabra behind the suspicious killing of the animals. However, after a deep examination, forensic experts claimed that the reason behind the death of domestic animals is street dogs. No signs of chupacabra!

Hollywood released the sci-fi horror movie Species in 1995. The same year that Tolentino initially claimed to see a chupacabra. It starred a Canadian model as an alien-human hybrid. The film was partly about Puerto Rico, and Tolentino watched it.

All of it is there. After watching the movie, she subsequently sees something that she misidentifies as a monster, according to Radford. Additionally, the rumour spread quickly because of the recently popularised internet.

However, every so often, a goat will go missing in Puerto Rico. And the town will be abuzz with people claiming to see the chupacabra following its victim once more.

Also read: Good News For The Fans of Berserk Manga: The Series To Be Continue