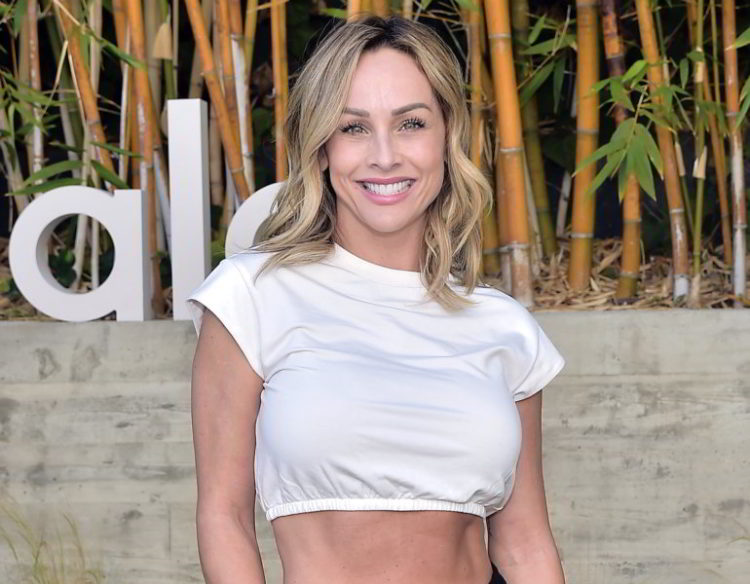 Clare Crawley is one of the famous American television personalities. In fact, she is also a very popular hairstylist. However, people know her best as ‘Bachelorette’, as she was the runner-up of the 18th season of ABC’s ‘The Bachelor’. She was also the leader of the 16th season of ‘The Bachelorette.’ However, recently she has shared an emotional update regarding her breast implants being removed due to health issues. What’s this all about? Well, we will answer the question in this article along with a bit of detail on her life. So, give this article a read if you are curious to know about Clare’s life.

So, what’s her age you might ask. Well, the famous actress Clare Crawley was born in the year 1981, on 20th March in Sacramento, California, US. Therefore, she is around 40 years old as of 2021. Furthermore, she is a woman of average stature as she is about 5 ft 4inch tall and weighs 56 kgs. It’s also worth mentioning about her family. Well, she is the youngest among her siblings.

Though she hasn’t shared much about her family, like their names and occupation, in an interview, she said that she is very close to her father. It’s also true that her siblings prefer to lead their life low-key.

Who is Clare Crawley dating?

Well, the popular actress is currently single. She had a relationship with Benoit Beausejour- Savart whom she met on the sets of The Bachelor Winter Games. So, the duo hit it off almost instantly. However, later on, Clare fancied Christian Rauch, which led to the end of the duo’s relationship.

However, they soon reconciled. Unfortunately, it didn’t last long, as they announced their separation in 2018, on 6th April. Thereafter, on the 16th Season of The Bachelorette, she met Dale Moss, with whom she shared a good relation. Despite a few hiccups along the way, the couple is pretty happy.

However, she was caught in a love triangle in the show with Christian Rauch and Benoit Beausejour-Savart. After her stint in ‘The Bachelor’, she appeared in the first 2 seasons of ‘The Bachelor in Paradise.’ It’s also worth mentioning that she is a pretty good hairstylist and has earned a lot of fame.

So, recently, she did a few mammograms, ultrasounds and also consulted her doctor. Thereafter, she came to a decision of removing her implants as it is the only way to solve her health issue.

“As much as I love my implants, my body is fighting them and recognizes it as something obviously foreign in my body,” said an emotional actress.

She shared a video on Instagram where she told her fans about this news. She said that it’s frustrating as her body is always in the ‘fight mode’. Moreover, she shared this in hopes that it would help others going through similar situations. She wanted them to feel that they aren’t alone.

Meanwhile, her boyfriend and fiance Dale Moss have also commented on the video saying how proud he is of her girlfriend. He said that he knew it wasn’t easy to come up like this and hopes that this will help other women going through a similar problem. So, we can see how much of a supportive person his boyfriend is.

So, are you looking for Clare Crawley’s net worth? Then, here it is. As a ‘Bachelorette’, Clare Crawley has earned a tremendous amount of fame and glory. In addition, she has also earned quite a bit of fortune as well. Currently, she has about $800,000 as her Net worth.