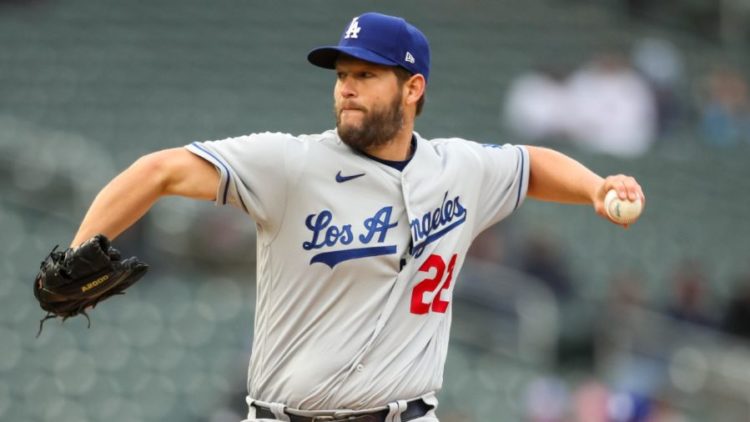 Do you love watching baseball? Well, then you must have heard the name, Clayton Kershaw. You guessed it right; Kershaw is the famous American professional baseball pitcher. He plays for the Los Angeles Dodgers of Major League Baseball. Moreover, he has played for this team for the entirety of his MLB career.

So if you are active on social media platforms, you must have come across the news that Clayton Kershaw has solidified his position as the best Dodger. Presently, he stands alone in the Los Angeles Dodgers record book since he surpassed Don Sutton for most strikeouts in franchise history. So would you like to know more about how he created this position for him? Let us share with you the relevant details regarding it!

Many baseball fans have already come across the news on social media platforms that Clayton Kershaw has become the best Dodger. So let us share some of the significant details regarding this incident. Needless to say, the first strikeout came 5,088 days ago, a blazing 95 mph fastball from a 20-year-old with a golden left arm. Therefore, naturally, this surprised the audience extensively.

So it was on a Saturday night, that the 34-year-old future Hall of Famer stood on the same mound at Dodger Stadium and created history for this iconic franchise.  Yes, before a sellout crowd of 52,600, the matured pitcher, no longer just a kid, gave his best performance. This is what helped him solidify his position in Dodger. You can also check out some of his record-setting moments here

The facts are endless regarding the famous pitcher Clayton Kershaw’s baseball career. Especially now that he has become the best Dodger, his fans are elated, and he is presently in the trending position on social media platforms. Let us share some more details regarding how he solidified his position as the best Dodger.

This historical event happened when Clayton Kershaw got the Tigers’ Spencer Torkelson to chase an 0-2 slider in the top of the fourth inning. In fact, he broke Don Sutton’s franchise record with his 2,697th career strikeout by this innings. Moreover, this also made clear what the pitcher had already firmly established in his baseball career.

Tony Gonsolin vs Alex Wood on the mound pic.twitter.com/6iAYoJoqIa

There are several instances where famous players have created records. For example, Sandy Koufax had a run unlike any pitcher in history. Also,  Fernando Valenzuela’s  “Fernandomania.” At the same time, Orel Hershiser’s legendary shutout streak.

However, not one Dodgers pitcher has done it as well and as consistently as Kershaw. Do you know when this started? Well, it was since his first strikeout 14 years ago. Since then, Kershaw slowly crept his way into the franchise record books. His performance was such that even legendary baseball players became his fan.

Every move of his in the game, starting from a curveball falling from the sky, or a slider disappearing into the dirt, brought him closer to immortality. However, he  reached the summit of his baseball career on Saturday. This achievement was indeed a dream come true for the young player. He has certainly worked very hard to see this day.

Is Everything Settled Between Kershaw & Koufax?

Many of our readers probably have this question in their minds whether the debate between Kershaw and Koufax has settled or not. Let us share with you the info. You must have often heard that people compare Kershaw to Koufax.

As per the sources, over five years between 1962-and 66, Koufax won more than 75 percent of his starts. So indeed, it was a period of dominance that none could surpass in modern baseball history. However, due to severe injuries, Koufax had to step away from the game at the age of 30 years.

On the other hand, Kershaw, four years older than Koufax, is still playing and is in his best form now. He has already surpassed Koufax for most wins and strikeouts in Dodgers. Therefore, many people used to say that there is a debate between the two; however, everything is settled now. You can also have a look here to understand what we are referring to

As we conclude, we can say that Clayton Kershaw is indeed one of the most popular baseball players in the present generation. Therefore, it is not surprising that he has solidified his position as the best Dodger. This is indeed a massive achievement in his career as a sportsman.