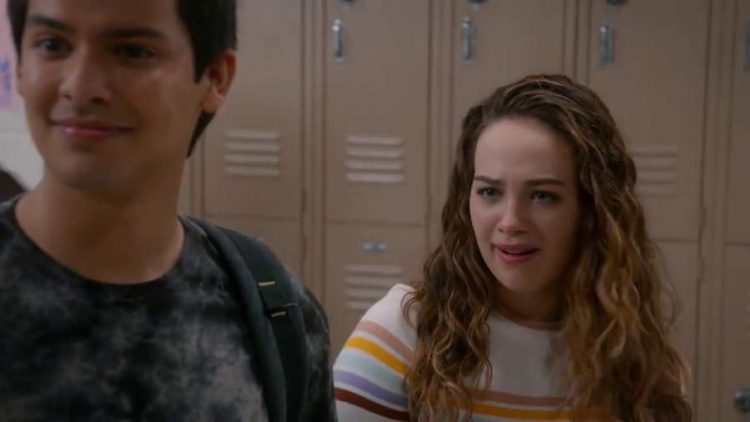 Cobra Kai is a popular martial arts comedy-drama based on the Karate Kid film series. The creators of this television series are Josh Heald, Hayden Schlossberg and Jon Hurwitz. Also, this series is set thirty-four years after the Karat kid. The first two seasons of the series released on Youtube Red. On 2020 Netflix acquired the rights for the series and the third season released on the streaming service on January 1, 2021.

On 2020 we also received the information of the series getting renewed for the fourth season. We have gathered some information about the events in Cobra Kai Season 3 episode 9. Therefore have a look at it below.

Cobra Kai Season 3 Episode 8 ended with Miguel and Samantha getting close again. We also saw Johnny and Carmen getting intimate. The title of the episode is Feel the Night. The couple decide to talk about their future after enjoying the night. Carmen gets to work and then Johnny gets a message from Ali. She asks him to come for lunch.

Then Daniel and Miguel have a big talk. They discover that they have many things in common. Robby, Eli and Tory go inside and zoo and steal a Cobra. They want to give it as a pet for Kreese. So the others have a good feeling about Robby. Ali spends her time with Johnny at the carnival. Lastly, Sam and Miguel try to trap Miyagi-Do and Eagle Fang.

Daniel finds Miguel and Sam getting intimate in the dojo. As he has fatherly feelings he becomes angry. He also knows Miguel from when he was a kid so he does not find Miguel a good boy. However, as they talk Daniel finds that he and Miguel have many things in common.

They both grew up with mothers who struggled to raise them. Miguel has heard the stories from Johnny so he had a negative view of Daniel. Now he receives the side of Daniel’s story. Miguel also finds out that Daniel has changed. So they both shake hands at the end. This event in the story gives us a glimpse of new friendships that comes with better understanding.

Then another event that interested the audience is that Kreese gets a new pet because of Robby. He takes the snake by hand because they do not have the snake pole. He puts the snake in the bag and presents it to Kreese. This impresses Kreese very much. Moreover, he also finds out that the students of Daniel and Johnny are ready to work together. Then he asks his student Tory to be violent towards them.

Ali Mills was the first love of both Daniel and Johnny. When Ali asks Johnny to meet her he gets anxious. They share all their stories. He learns about her estranged husband and her son and daughter. We also get a hint of romance when they part. Therefore Ali asks him to come to a party. He dresses up and goes to the party and then he sees Daniel talking with her that opens the wounds again. These are the major events that happened in this episode.

Cobra Kai Season 3 is interesting. Watch the season and enjoy it.