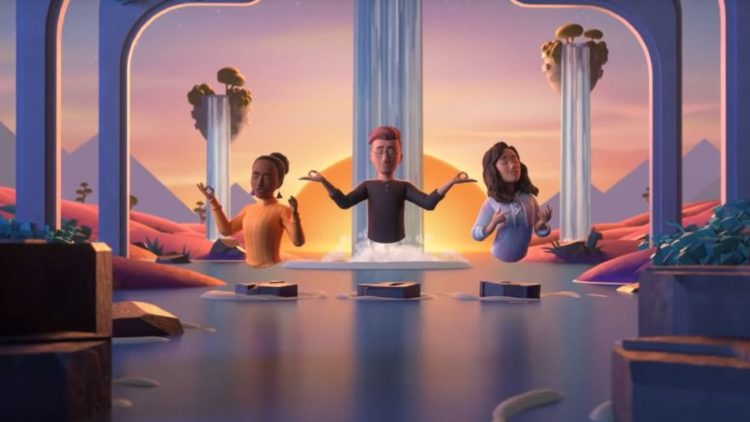 Meta has added a new feature to the metaverse. Now the people in the metaverse can sell and get digital services and goods. The goods can be transferred from the digital world to the real world. On Meta’s website, the CEO Mark Zuckerberg talked about the monetisation tools in the metaverse of the company called Horizon Worlds. He said it will give the creators a chance to make money. But for now, this feature is only available to American and Canadian users. The users have to be above eighteen.

The development of the metaverse

Meta wrote to its users “While we’re launching this today as a test with a handful of creators to get their feedback, these types of tools are steps toward our long-term vision for the metaverse where creators can earn a living and people can purchase digital goods, services, and experiences”.

For the Horizon Worlds, Meta offered a $10 million Horizon Creators Fund to provide resources for them. The company also introduced the Horizon Worlds Creator Bonus programme in the US where a handful of creators receive bonuses. These are associated with “goal-oriented monthly” programmes.

Zuckerberg has plans for the metaverse. It is an immersive digital world that makes use of augmented reality/virtual reality. Plus it provides the users with an opportunity to feel as if they are physically present in digital surroundings. Last year the CEO changed the name of the Facebook parent company to Meta. Now they have many plans to fulfil their ambition.

He believes that it will take at least 5-10 years to increase the mass adoption of metaverse platforms. It is going to be the future of digital creators.

Metaverse is going to be the next evolution on the internet. From internet users to investors many people are excited about it. Facebook is hyping up the concept of the metaverse. It is a classical sci-fi term for a virtual world but now it seems as if it is going to be a reality. One can live, play and work in this world. The users can get transported to the metaverse and can perform many activities with their digital selves.

Zuckerberg announced his ideas about the metaverse and he has many plans to implement. He wants to pivot Facebook from a social media company to a metaverse company in the following years. But for now, it is still unclear how tech companies can benefit from the metaverse.

Zuckerberg shared in the earnings call that the main goal of Facebook is to sell its headsets as cheaply as possible and pay attention to the commerce and advertising inside the metaverse.

Facebook has oculus which is a virtual reality aspect of the company.  These Oculus VR headsets have limited abilities but Facebook has hopes to improve the technology. The headsets will look more like Warby Parker glasses and will not look like a helmet. At the end of the day, the metaverse will only work if it offers the user a true virtual reality experience.

Facebook will focus on the sale of virtual goods

Zuckerberg shared that the advertising aspect of metaverse will be a vital part. It will help Facebook to profit from the universe. But he wants to focus more on selling virtual goods through it. For instance games like Microsoft’s Minecraft, Roblox and Fortnite made a profit by selling virtual goods. Facebook is going to copy this strategy to make money in the metaverse.

Facebook is spending billions on the creation of metaverse

The company is not sharing any details on the money spent on creating metaverse but it seems they are spending a lot of money on it. According to reports, they are spending $5 billion per year on the development of the virtual world called metaverse.

Development can take many years

Tech companies love to experiment with futuristic concepts. So Facebook is also doing the same thing. As Facebook is eager to develop the metaverse it can take many years for it to accomplish it. For it to turn into reality lots of technology and money are involved. It can also take lots of time for people to use it. But still, we can hear the developments from Facebook about this virtual reality world that is going to become a popular invention in the future.

Metaverse is a virtual reality world going to take the world by storm. But for now, it is in the early stage and can take Facebook many years to develop the world.