Cricket Game Get Tamil Commentary: New Language on the Directory 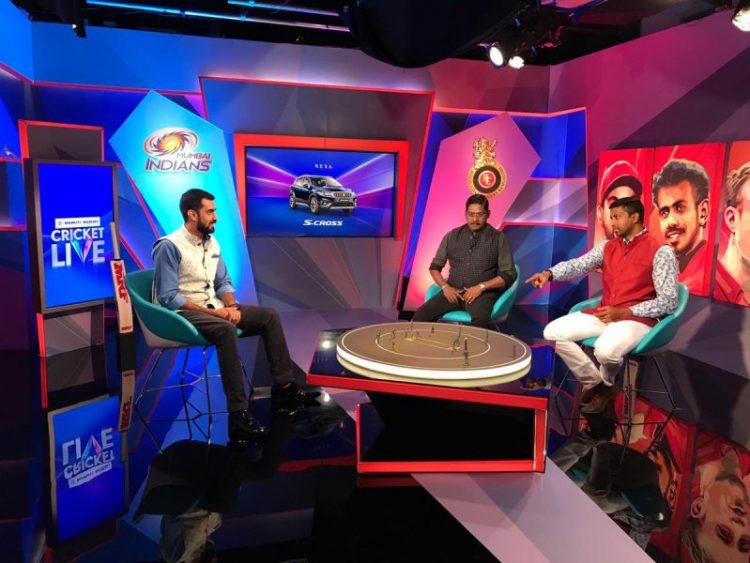 India is the world’s second-largest English-speaking country having 12.5 crore people speaking the language. Nonetheless, it is only 10% of the whole population. As per the report by the 2001 Census, only 42.2 crore Indians speak Hindi. They at least speak one of its dialects. Even this number is more than the previously mentioned percentage itself. Cricket is the most celebrated sport in India. That is why cricket is covering Tamil Commentary as well. Yes, you read it right. Apart from Hindi and English commentary, cricket is representing the Tamil language.

They have included the Tamil Commentary. It is because of the vast and dynamic demography based on language. Moreover, it has become a famous take in the industry of sports, at least in India.

The Featuring of Tamil Commentary

It was Balaji who took the task of performing Tamil Commentary in cricket. Moreover, the RJ-actor-commentator talks about the ongoing tournament. He also talks about how the model has shifted from two languages. Normally, when a match is going on, one fan sees the question pop up for the announcers on the screen. The question normally deals with the combination of the game. Sometimes it also stresses strategies, choice of shots, and more.

However, on Sunday evening, when Chennai won against the team representing Punjab, the question regarding Balaji leaving popped up. IPL has become a relief in the covid-stricken world.

Moreover, what the fans from south India wanted were Balaji’s commentaries. Why? Because of the fluidity of the Tamil accent and the humorous presentation. The punchlines of Balaji worked as a remedy for many people in the pandemic.

It even made the matches very watchable. Balaji comments about the Tamil commentary in an interview saying, “The response has been amazing this year. 2020 has been such a sad year that we wanted the IPL to cheer up people. And it has,”.

The Tamil Commentary Has Changed the Momentum for Balaji

The Tamil commentary has received an overwhelming response from the fans. Moreover, it is Balaji’s response that has won the hearts of many. The witty remarks and simple position have made it more fun. Because of the commentary, the actor’s recognition is skyrocketing. Furthermore, he has received congratulatory messages from many of his followers. He claims that “My biggest strength is that I am not pretending to be someone else. I have earned this acceptance because of my stint in media for the past 15 years.

Also, the sport has evolved; cricket has become family entertainment and that’s where I come in.”. His method and style have changed the face of Tamil commentaries. He thinks that his style has added spice to the entertainment.

It even made cricket very famous in households that did not know Hindi or English. He further comments, “We get primary material before the match so I know the basics. But I will leave cricket. I talk to the experts, and indulge in humor. It is unprepared.”.

The best example of appreciation is how his jokes are on social media. Hence, they are getting popular on social media. Furthermore, they have become regular memes found in WhatsApp groups.

Why is the Tamil Commentary Famous?

It is because he can relate his daily life to cricket. His comments include all the occurrences that take place during the match. This includes whenever something amazing takes place. Not only that, but whenever a peculiar cricketing action is on display, he gives it a clever note in Tamil. It not only makes the aspect of commentary fun but close. It is because of this why the Tamil commentary is becoming famous.

Furthermore, he is very famous for how he pronounces the names of cricketers. It has a regional tone and makes it comparative. He comments “I reflect on everyday life in cricket commentary. I see myself as a reflection of people,”.

The realm of cricket is taking the new route. From Hindi and English commentary, they have changed to Tamil. This inclusion has made the trait very famous and fun.