6 Most Beautiful Female Cricketers of India 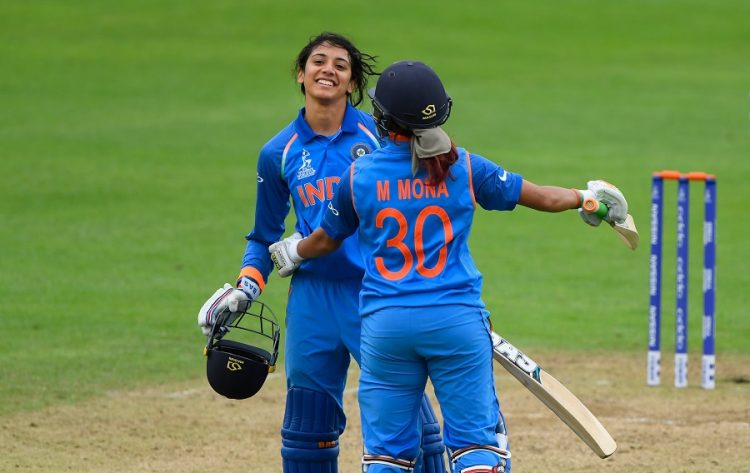 In India men cricketers are famous and the face of many brands. However, woman cricketers are also getting a lot of recognition for their talent and beauty. They are like a lioness on the field. Moreover, they post pretty pictures of themselves in social media. So here is the list of some of the beautiful female cricketers of India. You will surely get mesmerised by their beauty. Know all the details about them here.

Know all the details about them here.

She is a twenty-four-year-old Indian Cricketer who plays for the Indian women’s national team. Mandhana got named as the Best Women’s International Cricketer. Her place of birth is Mumbai. Her family is looking after her cricketing activities. To top it all she looks pretty and maintains her slender body. She looks soft-spoken however in the ground she plays hard. That is why she has received many creditable honours for her skills.

Raj is a thirty-seven-year-old Indian Cricketer. She served as the captain of the Indian women’s national cricket team. Also, she is a right-handed batter. Furthermore, she is the only female cricketer to get 6,000 run marks. She has made the record of scoring more half-centuries than other female players. As a tough cricket player, she turned the heads of the people of India to Women’s cricket.

Many people started to appreciate the talents of many Indian female cricketers because of her. She hails from Tamil family in Jodhpur, Rajasthan. From age ten she started to play cricket and is now inspiring others to play it. Her hobbies include reading books and dancing. Mithali Raj biography starring actress Tapsee Panu is in the making. Raj believes that her life story will inspire many women.

Priya Punia is a female cricketer who made her debut on 6 February 2019 for Women’s Twenty20 International cricket. She is a beautiful girl who hails from Jaipur, Rajasthan, India. She wears her hair short and it looks good on her. She is quickly becoming the favourite of many people as people like her interactions on Instagram. When a fan asked if she has a boyfriend she posted a video of her hilarious expression that went viral. She is twenty-four years old.

Neha Tanwar is an active and bright Indian female cricketer. She is thirty-four years old and hails from New Delhi. Also, she is a Right-handed batter & Right Arm Off Break Bowler. She was a part of more than a hundred first-class matches. Moreover, she also has bought shares in Wirral franchisee Broadway Steak & Wine. She has plans to focus on it on weekdays. She has played in international cricket against Sri Lanka, England and Australia. Some of her cricket teams are Railways, Indian Women, India Red Woman and more.

She is a twenty-eight-year-old Cricketer who hails from Kadur, Karnataka, India. Her cricket prowess includes right-handed batting and bowls right-arm leg break. She is the youngest member of her family and has four siblings. Then, Veda started learning cricket at thirteen at a cricket institute. The director of the institute saw her talents and sent her to Bangalore to improve her skills.

So from then onwards, she dreamed to play for the country. Her role model was cricketer Mithali Raj. Then she joined the team and played along with Mithali for the country. She is a strong player and also well known for her good looks.

Kaur is an all-rounder who plays for Indian women’s cricket team. She received the honourable Arjuna Award for Cricket in 2017 for her contributions for the sport. She is thirty-one years old. She became the first woman in India to score a century in (WT20I) in 2018. She hails from Moga, Punjab. Her father was volleyball as well as a basketball player. Also, she is one of the best female Indian Cricketers in India. Moreover, she is also a courageous beauty.

These are the six beautiful Indian female cricketers. Their success story is good to hear. They are also an inspiration for many women in India.