What is The Documentary Movie Crip Camp: A Disability Revolution About? 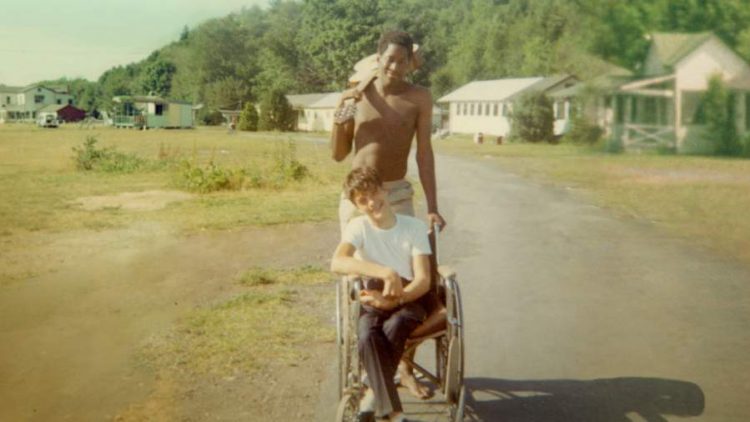 Crip Camp: A Disability Revolution is a documentary film that released in 2020. The writer, director and co-producer of the film are Nicole Newnham and James LeBrecht. The film premiered at the Sundance festival and met with lot of good reception. This is a story about a group of people with disabilities who start a summer camp named Camp Jened. The time set in the move is 1971. The documentary showcases some of the real events from the camp that are inspiring and also insightful. Know all the details about this motivating story here.

What was the significance of Camp Jened?

Camp Jened started at 1951 specifically designed for the campers with disabilities. The location of the camp is at the foot of Hunter Mountain in New York. The major aim of the camp is to offer confidence and motivation to teenagers with disabilities. As the teenagers did not get enough space to exhibit their talents in other camps, the camp Jened allowed them to find other people like them who go through the same feelings.

This camp led to the American disability rights movement of the 1970s. There were no specific laws to protect the rights of disabled people at that time. They were also not getting the right treatment in society. So the Camp Jened became a sanctuary for people who did not get attention from their families and neighbours. This resulted in many campers with disabilities becoming activists to get equal rights. This is the camp that ignited the flames in their hearts.

James LeBrecht who served as the writer and director of the film was actually the former member of the Camp Jened. From his birth, he suffered from spina bifida because of which his spinal cord did not function properly. At the camp, LeBrecht met many people who like him found a haven in Camp Jened.

He explained that before Jened he went to many camps but because of his handicap, he did not get equal treatment like the other kids. But in the Camp Jened, the counsellors slept in the same bunk as the campers and he experienced good vibration throughout the camp.

LeBrecht has thirty-five years of film and theatre experience as a sound designer and mixer. So he always wanted to narrate the story of Jened. He talked about his idea of making the film to Newnham who was his colleague. Therefore some of the footage we see in the film was shot by LeBrecht while he was at the camp. He was fifteen years old at that time.

Know about the activist Judy Heumann

Judy Heumann is a well-known American disability rights activist who was a camper at Camp Jened. She got attacked by polio when she was a baby so she started to use the wheelchair. Then after attending camp Jened she became one of the powerful activists for civil rights. On 1970 she filed a case against the Board of Education for discrimination.

After that, she and some of her friends from Camp Jened started the Disabled in Action that offers protection for people with disabilities. Moreover, she along with LeBrecht contacted people who attended camp Jened for making the documentary.

Crip Camp: A Disability Revolution is a movie that shows us that people can become strong when they are together. With determination and will power, we can achieve anything.

Also read: A Documentary “Learning To Skateboard In a Warzone (If You’re A Girl)” Portraying The skateboarding Afghan Girls Won An Oscar