Daisy Lowe got Engaged with her Long-Term Beau Jordan 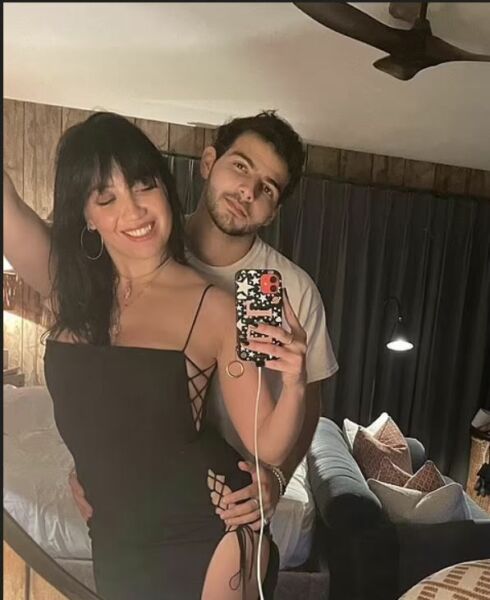 Daisy Lowe, a model, got engaged with her long-term beau, Jordan saul. She used social media to reveal the news by posting pictures with her boyfriend, Jordan. Daisy wrote in the caption: “We took this picture this afternoon moments before Jordan asked me to marry him.” Daisy also reveals that she was a little rude when giving the reply to her boyfriend by saying fuck yes.

She said, “Fuck yes “I am officially your fiancé & can’t wait to spend the rest of my life with you, my hubby-to-be.

How other celebrities have reacted to the news

Daisy Lowe and Jordan Saul have been dating each other for the past two years, and according to the report, Jordan Saul is a real estate developer. From the time daisy reveal the news of her engagement with her boyfriend, everyone in the industry congratulates them.

Alexander broke congratulations by commenting darling; you deserve the world and model lily cole also commented through the heart emojis on the new couple photo. Dozens of the other pair’s celebrity friends have commented to congratulate them on the happy news. Geordie and star Vicky Pattinson have also congratulated the beautiful girl ‘while others also commented ah, congrats, daisy, that is such special news; I am thrilled for you.

Daisy Lowe is a very famous fashion model who is 32 years old. From the time he discloses that he is dating Jordon Saul, everyone is excited to know her love story with her boyfriend. Although Daisy Lowe was dating Matt smith between 2010 and 2014, the relationship ended.

After this, Daisy Lowe started Dating Jordon saul. On their first anniversary, Daisy Lowe revealed how she met Jordan. She said that she was walking in the street with her dog and ran away to Belgium. Shephard was standing with a handsome man, Jordan saul.

We started talking to each other and had the longest dog walk. From here, there was no back, then they started dating, meeting, having fun, and adventure, completed their two years together, and finally got engaged in 2022.

Who is Daisy Lowe?

Daisy Lowe is a famous fashion model born in Westminster London, and her present age is 32 years. Her parents were pearl lowe, but the media always stayed confused about whether she is the daughter of pearl lowe or Bronner’s hand Wenger, pearl lowe ex.

After her birth, she went to primrose hills to live with her grandparents to finish her high school education. After completing her education, she entered modeling at two and started a career with a select agency. She got featured in many brands, magazines, and covers.

Daisy Lowe modeled for Chanel, agent provocateurs, top shops, etc. She is not only a model, but recently she also became a writer in 2014. In 2014 she published the first book Sweet and the light, which has 60 recipes that can be made without artificial sugar using natural alternatives for the sugar. The book is about how people can stay while having the joy of sugar tasting dishes.