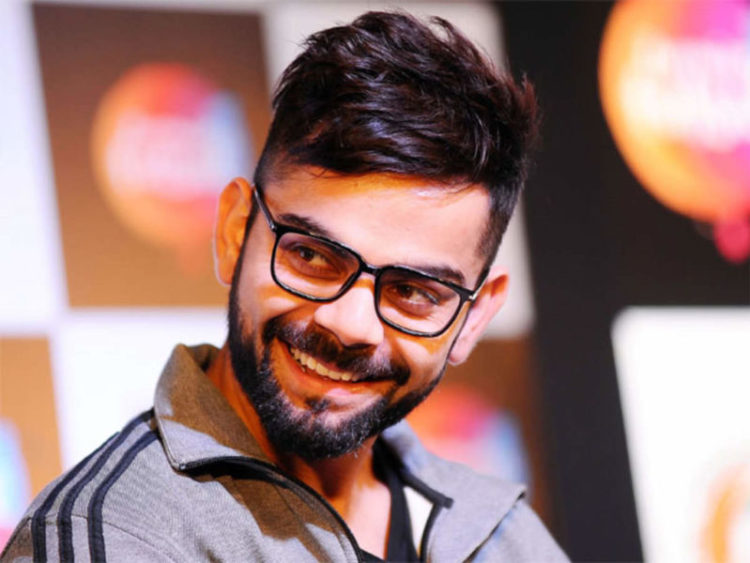 Virat Kohli is that sports icon who is quite popular among ALL. Yes! Especially the ladies. And why wouldn’t he? The man got the looks, the style and the talent. Many, at one point, had a major crush on him. And let’s be honest. Although we were happy when the batter announced his marriage to Anushka Sharma, there was a pang of jealousy in some. Furthermore, the couple got married in a very lavish style at a private ceremony. And now they have beautiful Vamika in their arms. Honestly, the girl has our hearts.

However, did you know about his flings and relationships before Anushka? Those are hidden from the public eye. In addition, Virat Kohli’s dating history is quite long. Yes, Captain is fearless both on the pitch and with ladies. We know we have your attention now! In this blog, we will share with you all about his girlfriends and the rumoured flings. Keep following the piece if you too are interested to know every detail.

Enough beating around the bush, we know you are waiting for information. Here’s a list of all of Virat Kohli’s relationships and rumoured girlfriends.

Sakshi Agarwal is an Indian actress. Besides, we know her best for her modelling and Tamil film roles. Did you know that she began her career as a marketing consultant after securing employment in a variety of other regional languages? However, she got a few modelling opportunities then. And she took the opportunity.

Furthermore, the actress became very popular with the public after she was connected to Indian cricketer Virat Kohli. However, the relationship did not survive long. According to our sources, Virat dated the actress during the beginning of his cricket career. In fact,  she was the cricketer’s, first love. But the couple ended their romance very soon.

2. He Was Rumoured To Be with Tamanna Bhatia

We all know the name of Tamannaah Bhatia, the beautiful and talented South actress. Did you know that she began her career when she was only 15? Besides, people regard her as one of India’s most versatile actresses. She made her breakthrough in 2005 with the film Chand Sa Roshan Chehra which caught the attention of the producers.

Although we know about the actress’s abilities and traits, most of us are unaware of her relationship with Virat Kohli. They got closer during the filming of a cell phone commercial for Celkon. We heard rumours about their romance then. However, their love did not last long because he got involved with Brazilian model and actress Izabelle Leite. Hence, the duo broke up. But, Tamanna has said that all these are false rumours and the two were ‘close friends.

Sarah Jane Dias is a former beauty queen, actress, VJ, and host. Furthermore, she was Femina Miss India in 2007. Sarah began receiving invitations to host Channel V after winning a reality television competition. The actress was so beautiful that it made people drool over her. In fact, the cricketer himself fell for her. The actress became a fan favourite after giving an outstanding performance in the recently released series Tandav.

The two met at a common party and fell in love. During that time, Virat Kohli invited Sarah to the 2011 World Cup to cheer him up. However, due to other work engagements, she was unable to attend the game but met him later to make up for that. After dating for a short time, their relationship came to an end during the 2011 West Indies match.

We hoped that this couple would tie the knot. However, news of their breakup has left admirers upset. This Brazilian model-actress was slowly coming towards Bollywood at a certain point. In fact, this is the reason why Tamanna and Virat broke up. The actress became close with Indian cricketer Virat Kohli after working in many Telugu and Hindi regional films. Furthermore, we hear that they met at a party. In addition, they fell in love instantly.

We saw accounts of couples where they were sharing intimate moments in Singapore. However, after dating for two years, the couple broke their relationship. And we were heartbroken. When reporters asked her the reason for it, the actress said that Virat was her first friend in India. In fact, the two had a good relationship for two years. But they didn’t want further publicity, hence they broke up.

5. His Short-Time Fling with Sanjjanaa Galrani

Cricketer Virat Kohli was in a short-term relationship with Sanjjanaa The couple were in love for a very short time. During this time people saw him a lot with the South industry actress. Infact, people saw the couple on multiple occasions going for long drives and tennis matches with the actress. However, when the media asked her about it, she too had the same old answer as every other. She said that they were only “simply close friends.” Yes. We totally believe that.

Yes, this might come as a shock to you. Virat Kohli was also linked to Rohit Sharma’s now-wife, Ritika Sajdeh. So when did this scene take place? According to sources, this incident occurred in 2013, as the team returned from their Zimbabwe trip. In fact, people saw that she met him during the 2010 IPL season. But then people forgot all about it when she started dating Rohit Sharma.

After all these flings and relationships captain fearless was indeed very nervous to shoot with Anushka Sharma. Furthermore, he has himself told this multiple times in interviews that he was nervous and all fidgety around the beautiful Anushka Sharma. The duo met during the shoot of the ‘Head and Shoulders commercial. Who doesn’t know about this? After this, they dated for 4 years. Finally, Virat Kohli tied the knot with her on 11th December 2017, at a destination wedding. Besides, they welcomed little Vamika on 11th January 2021.

Virat Kohli is doing pretty well as a father and a husband. Also, rocking the cricket pitch as well. We wish him the best in all his new endeavours.