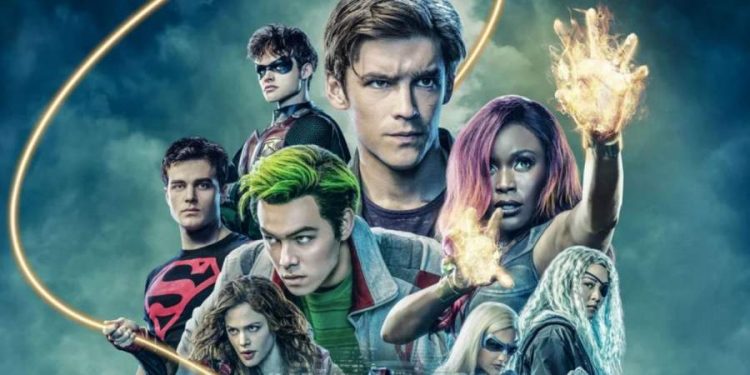 Titans is a web television series made by Akiva Goldsman, Greg Berlanti and Geoff Johns based on Teen Titans animated series. Two seasons of the Titans released on DC Universe and met with great reception from the audience. Now the DC Titans season 3 is in the calendar and is going to release soon. Many fans of the series are eagerly waiting for it. Season 3 will continue with the story of season 2.

Know all the details of DC Titans here.

When is the release date of DC Titans Season 3 set?

The filming of the series has delayed because of the coronavirus pandemic. There is no official date announced for DC Titans Season 3 yet. But we can expect the season to release before the end of 2020. But many sources also say that it will release at the start of 2021. So stay tuned for the series.

The plotline of DC Titans

Titan is the story about the young superheroes team that fight with evil and maintain peace. At first, the team is not together however they come back again to stop the villains. The main team members in the series are Batman’s former partner Dick Grayson, Princess Kory Anders, telekinetic Rachel Roth, and shapeshifter Garfield “Gar” Logan. Dick is an original member of the Titans along with Amazon Donna Troy, Dawn Granger, and Hank Hall.

What happened in the last season?

Dick leads a new team of Titans consisting of Rachel, Gar, and Jason. Many old members of the team also return to fight. Then the villain called Deathstroke re-emerges to fight with the team. They also face other threats from Cadmus Laboratories and Blackfire.

What may happen in season 3?

The Titans come back as a team to fight the evil. Then we may see Kory separating from the Titans to deal with her family issues. Her sister Blackfire will be the main villain in season 3 so it will be hard for Kory to fight with her sister. Rachel is also having an idea to go with The Amazons. Moreover, Donna Troy’s powers are becoming more so she may revive the fallen Wonder Girl.

Many cast members will reprise their roles. Brenton Thwaites will return to play as Dick Grayson aka Robin. He is a member of the original Titans and also becomes the head of the new team. Anna Diop will reprise her role as Koriand’r aka Kory Anders who is an extraterrestrial princess from planet Tamaran. Then Teagan Croft will return to play as Rachel Roth aka Raven who is born to demon father and a human mother.

Ryan Potter will reprise his role as Garfield “Gar” Logan who is a shapeshifter. Conor Leslie and Curran Walters will play as Robin and Dove respectively. More characters will also come to play important roles. Damaris Lewis is cast to play as Blackfire the sister of Kory. Olunike Adeliyi, Hanneke Talbot, Demore Barnes are also going to join the cast.

DC Titans 3 is going to be a great series because many events are going to unfold. Get ready to watch the series.

Also read: ‘Baby’ Season 3 (Final Season) Will Be Released on Netflix in September 2020